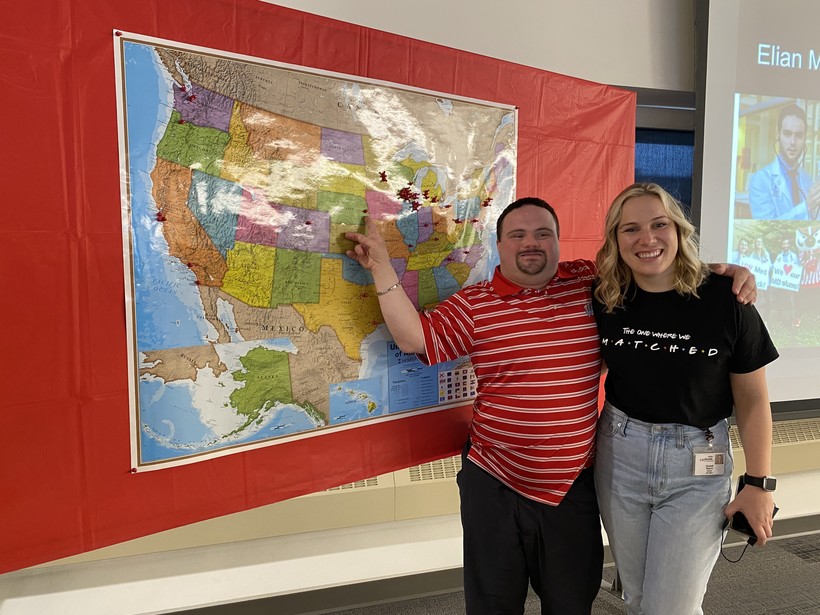 Elizabeth Maginot, who is originally from Janesville, poses with her brother who she said inspired her to become a doctor. "Watching people really care for him … put that thread in my life," said Maginot, whose brother has Down's Syndrome. They're standing in front of a map with pushpins to show the residency locations of 170 UW medical students during the 2022 Match Day event Friday. Diane Bezucha/WPR

170 students will complete clinical training in more than 65 facilities across the country
By Diane Bezucha
Share:

The nation may have its eyes on the college basketball brackets, but another March Madness event unfolded Friday at the University of Wisconsin School of Medicine and Public Health, where the Class of 2022 graduates received their long-awaited residency placements. 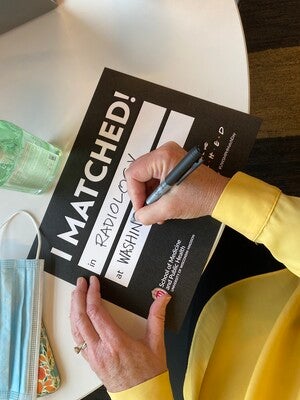 Staff from the UW School of Medicine and Public Health fill out signs to celebrate where their graduating medical students received residency placements at Friday’s Match Day event. Diane Bezucha/WPR

The anticipation was palpable as students shifted in their seats during opening speeches, nervously waiting for the 11 a.m. deadline when they could finally open their placement envelopes and emails.

"This is sort of like standing between a room full of really hungry people and a huge platter of cheese curds," Golden said.

He encouraged students to take advantage of the time they have left to sleep and spend time with friends before the onslaught of clinical training and overnight on-call shifts begin.

"Residency is kind of like drinking from the proverbial fire hose of knowledge, doing it while you’ve been up all night and under the pressure of knowing that patients' lives are in your hands," Golden said.

When he finished, students and families began nervously checking their phones. 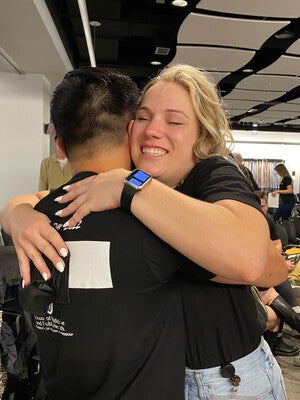 And like popcorn popping, the room started filling with small bursts of celebration as the results rolled in. Students shrieked with delight and embraced each other in tearful hugs.

Elizabeth Maginot, who is originally from Janesville, was thrilled to learn she got into one of her top choices — a general surgery residency at the University of Nebraska.

"The suspense from opening the envelopes is always a lot. And that initial reaction, you never know how you’re going to react but overall it’s good," Maginot said. "I’m really excited about where I’m going."

She was joined at the event by her mom, her aunt and her younger brother, who are all a big part of the reason why she’s in medical school. Her aunt, a pediatric cardiologist at UW Health, helped her navigate the application process. And her younger brother was her inspiration.

"Growing up, my little brother was born with Down's Syndrome and a lot of my initial access to the … medical community was through him. Watching people really care for him … put that thread in my life," said Maginot, who begins her residency July 1.

When the initial excitement died down, each student had a chance to announce their placement to the room. One at a time, they strode proudly to the front, arms locked with family and friends as they shared their news, some even saving the moment of truth until they were on stage. 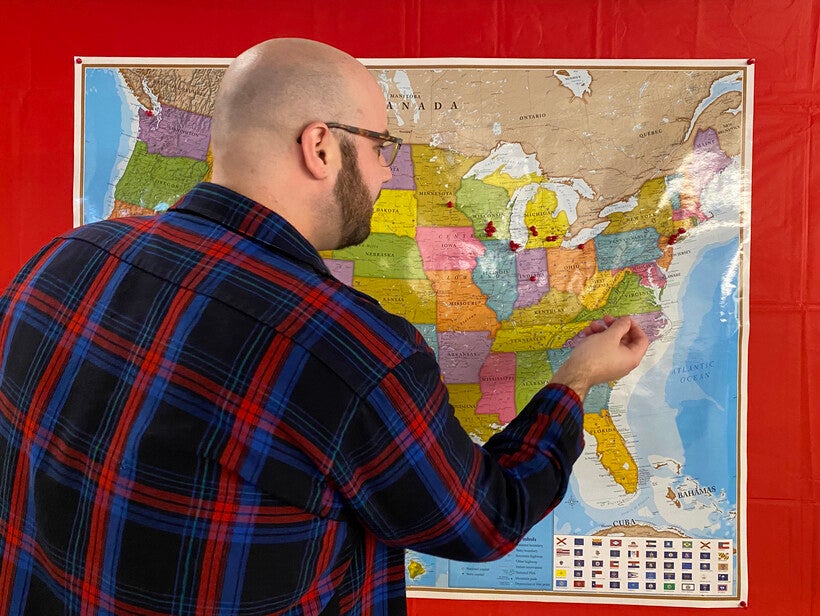 Trevor Cooper, UW School of Medicine Class of 2022, adds a pushpin to the bulletin board to indicate where he will be completing his residency — OB-GYN at Mountain Area Health Education Center in Asheville, N.C. Diane Bezucha/WPR

Oconomowoc native Trevor Cooper couldn’t help but smile as he watched his classmates celebrate their matches.

"It’s a long journey. A lot of us have been in school for eight plus years, so it kind of just feels like … a new chapter but also a closing of this book of our education,"” Cooper said.

And half of their time in medical school was during the COVID-19 pandemic.

"It’s definitely not something we anticipated when we signed up for it," Cooper said. "The hardest part was really not knowing sort of where we fit in and trying to help out wherever we can."

Cooper said his class lost out on three months of clinical rotations when classes went online, but the experience shaped many of them as future medical professionals.

"The attendings and the docs that we got to work with were amazing and really showed us how we can help during any time, and god forbid a pandemic happens again, we’ll be ready to help however we can," Cooper said.

This summer he will be headed to Mountain Area Health Education Center in Asheville, N.C. for a placement in obstetrics and gynecology. 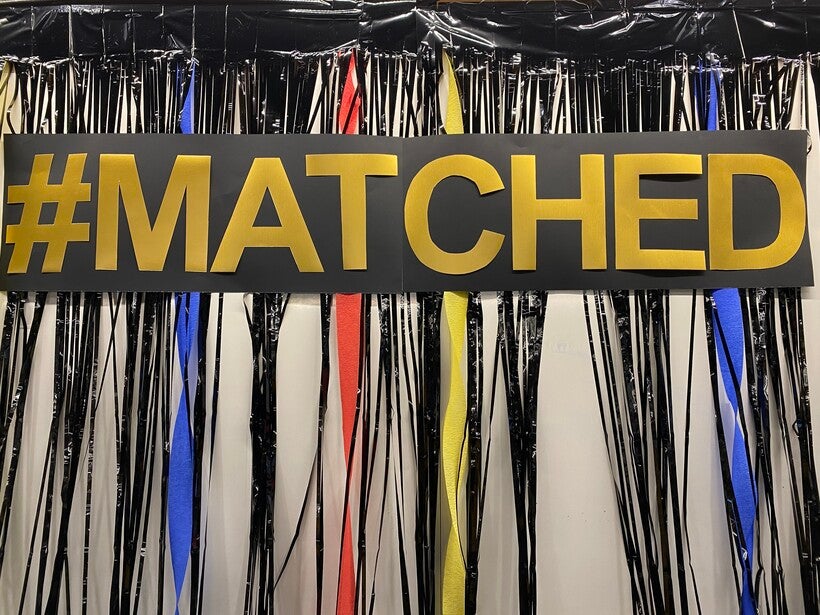 A decorative backdrop is displayed at the University of Wisconsin School of Medicine and Public Health’s 2022 Match Day event on Friday. Diane Bezucha/WPR

The residency matching process uses a computerized algorithm to match graduating medical students with a clinical residency program. Students still go through a formal application and interview process, but the system is designed to be more fair and equitable.

Students rank their top placement locations and residency programs rank their top applicants. Matches occur where there's the strongest overlap. Rather than negotiating the stressful environment of competing offers, final matches for the majority of programs across the country are revealed on the same day.

A total of 170 students from the UW’s school of medicine Class of 2022 were matched in more than 65 residency programs across the county. About 40 of them received placements within Wisconsin.