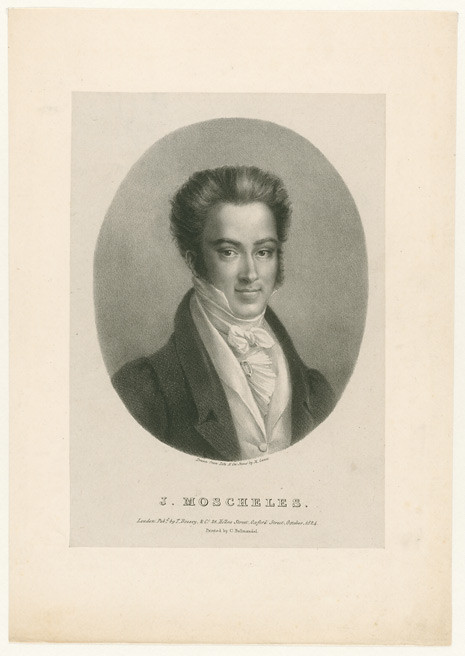 In the fall of 1824 pianist and composer Ignaz Moscheles was in Berlin, where he became acquainted with the family of fifteen-year-old Felix Mendelssohn. Mendelssohn’s parents were concerned about the boy’s future, fearful that he would suddenly pass into obscurity, as many other talented children had done. Moscheles had no doubts about Felix’s future, but the boy’s parents required repeated reassurances.

Time and again, Mendelssohn’s parents asked Moscheles to give piano lessons to the boy, but Moscheles was evasive, confiding in his diary, “He doesn’t need lessons, and if he wants to pick up something new from me, he can easily do so.”

After two cajoling letters from Mendelssohn’s mother, Moscheles finally gave in, noting, “From two to three this afternoon, I gave Felix Mendelssohn his first lesson, never forgetting for a moment that I was sitting next to a master and not a student. I’m proud that his excellent parents have entrusted their son to me after knowing me for such a short time, and I am happy to be allowed to pass on a few pointers to him which, given his genius, he picks up and absorbs easily.”

Six days later, Moscheles wrote: “Felix Mendelssohn’s lessons take place every two days, and I find them increasingly fascinating. By now he has already played my Allegro di Bravura, my concerti, and other works, and how he played them! He interprets my most subtle ideas correctly.

In the weeks to follow, Moscheles attended several of the Mendelssohn family’s private concerts and a theatrical entertainment of which he wrote that Mendelssohn “distinguished himself” every bit as much as a great actor of the day.

Toward the end of his stay with the Mendelssohn family, Moscheles wrote an impromptu in the family’s visitors’ book and noted that Felix “played it magnificently at sight.”