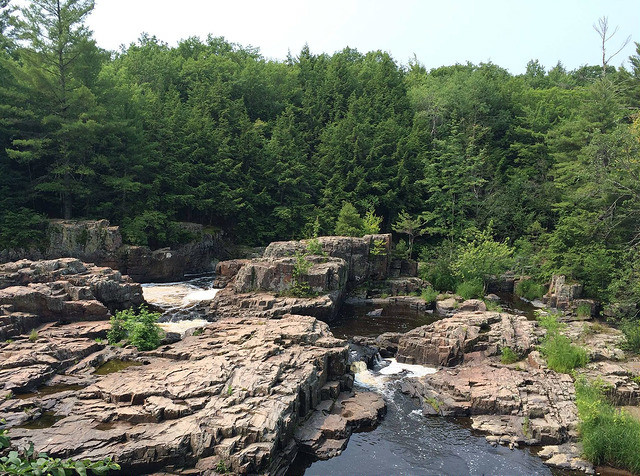 Marathon County is now the first in Wisconsin to pass an ordinance regulating sulfide mining, following the repeal of the state's mining moratorium law.

Counties now have until July 1 to enact their own local regulations before gold and copper mining in the state becomes easier to initiate.

In two public hearings held by the Marathon County Board in March, dozens of citizens and representatives of environmental groups expressed concerns over a gold sulfide deposit in the Town of Easton near the Eau Claire River and the scenic Dells of the Eau Claire county park.

Gibbs said the ordinance was a compromise that provided protections for the environment without an outright ban of gold and copper mining in the county.

Gibbs said county attorneys did not think an outright ban of sulfide mining could survive a legal challenge.

The new ordinance requires a mining company to pay a $50,000 upfront deposit, pay a $15,000 cash bond for each and every well that could be threatened by pollution in the region, and abide by 800 foot setbacks, which Gibbs said are similar to those required for solid waste sites.

The county board unanimously passed the new ordinance 35-0 Tuesday night.

"We tried to strike a balance, and I think in light of a unanimous passage with a 38 member board, with three absences, I think it bodes well for the citizens of Marathon County," Gibbs said.

The board also created a metallic mining committee that would work on a local agreement as soon as the state Department of Natural Resources notified the county of an application to mine.

A Toronto-based mining company, Aquila Resources, has conducted exploratory drilling on the gold deposit near the Eau Claire Dells, but has said it has no immediate intention of opening a mine there.

Gibbs said the county plans to add an amendment to the new ordinance to regulate bulk sampling at mine sites.

The new state law allows mining companies to remove up to 10,000 tons of rock to sample the ore before mining it.