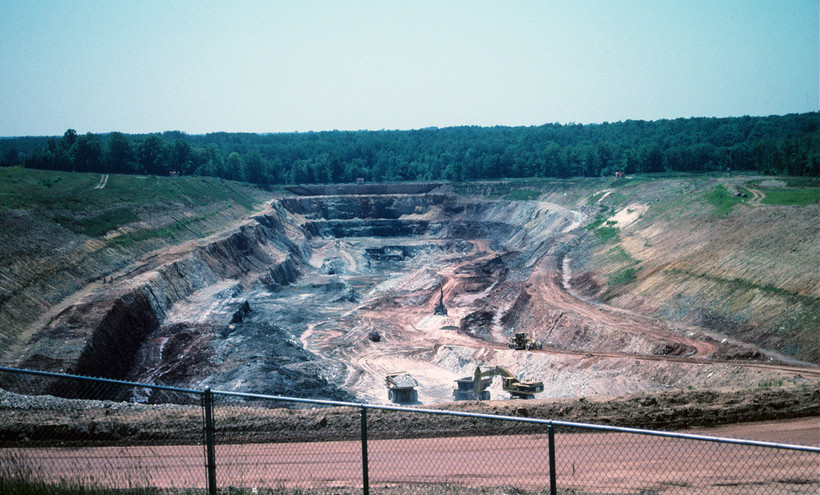 At least one Wisconsin county is considering putting its own mining regulations in place as Gov. Scott Walker prepares to lift Wisconsin's nearly 20-year moratorium on the mining of sulfide ores, which include gold and silver.

Walker voted for the moratorium when he was in the state Assembly but is expected to sign a GOP bill that lifts the prohibition. The bill comes as Aquila Resources Inc. is considering potential mining sites in Taylor and Marathon counties.

Marathon County Executive Brad Karger said county board members want to protect the Dells of the Eau Claire Park, a scenic area on the Eau Claire River in the Town of Easton. The Dells are near a substantial ore deposit that may contain gold.

"I think everyone's afraid of a gold mine in Easton. I think everybody's in favor of gold," Karger said. "Our board doesn't know much about mining, so they're going to have to do a substantial investigation."

The effort is being led by county board chairman Kurt Gibbs, who said the deposit near the Dells has been estimated at 480,000 tons.

"I believe that sulfide mining can be done economically and safely, but I want safeguards in place so that the taxpayers of Marathon County and the state of Wisconsin are not at risk for having to pay for a clean up," Gibbs said.

Gibbs said he toured the site of a 2015 mine disaster at the Gold King Mine near Silverton, Colorado, which he said was an example of what can go wrong if safeguards aren't in place.

"They had a mine blow out and it actually contaminated a river from Silverton to Durango with toxic waste," Gibbs said.

The fear of a similar development on the Eau Claire River led the mayors of three downstream communities — Wausau, Stevens Point and Wisconsin Rapids — to sign a letter opposing the new mining bill.

Gibbs pointed to the Flambeau Mine in Ladysmith as an example of a sulfide mine that was done safely. He said it was because there was a local ordinance in place protecting the community.

"The mining ordinance in that case allowed the local municipality to have a seat at the table and negotiate a local agreement," he said.

"I drafted a letter ... asking them to make some effort to have some kind of standardized template that local governments could use. We have 72 counties. If all 72 counties wanted to hire lawyers to do this, the duplication, the cost would be huge," Petrowski said Monday on WPR's "Central Time."

Petrowski added an amendment to the bill headed to Walker that delays it from taking effect for six months after it's signed in order to give local governments more time to react.

"If a mining permit is filed and they want to change the ordinances after the fact, it becomes a real problem. So you want to make sure they have everything in place before any permits are filed," Petrowski said.

Editor's Note: This story was updated at 4:36 p.m. Monday, Nov. 20, with original reporting from WPR.