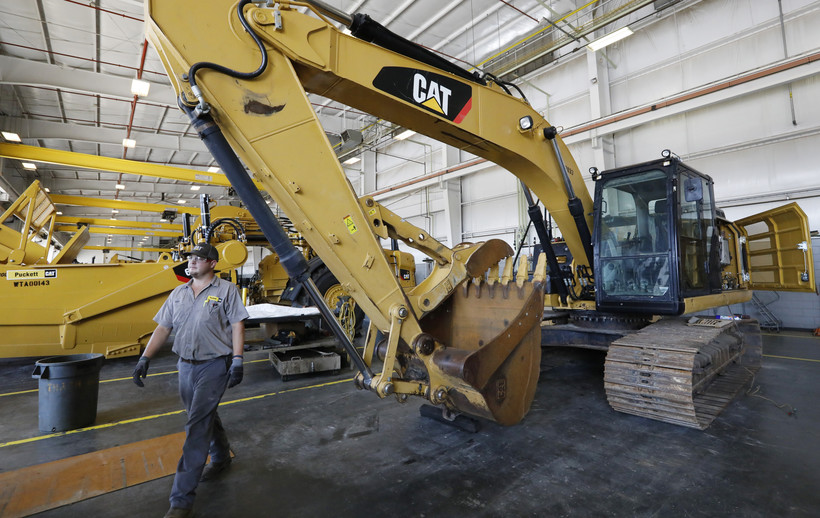 Manufacturers across Wisconsin say business is down significantly since the coronavirus pandemic began, and they don’t expect to see changes for at least six months, according to a recent survey from a statewide manufacturing consulting organization.

How the industry has been affected, however, depends on the type of product being produced and geographic location of the business. COVID-19 and subsequent closings have meant some manufacturers can't get their supplies.

George Bureau, vice president of consulting services at WMEP Manufacturing Solutions, which conducted the survey, said he was surprised to see how answers varied depending on manufacturing sector.

"Manufacturers are having a difficult time, (but) God bless we’re not in the service industry," Bureau said. "There are opportunities for us. Coming back to career growth, opportunities, etc."

WMEP surveyed industry leaders across the state between April 21 to April 27 and received 147 responses.

Before the pandemic, business was growing at least 20 percent annually. In fact, Baker’s Quality was doing so well that it is in the middle of an expansion project. New equipment has been ordered and a new building has been purchased.

But by mid-March, Baker’s Quality’s volume was down to 11 percent. The company’s 30 employees were furloughed and Miller experienced something she has never seen in more than 20 years in business.

"In all the years we have been in business, we have never laid anyone off — ever," Millers said. "Our business has typically done well in recessions. In the 2008-09 recession, we experienced growth. We have never seen a decline like this."

Miller said it will be months before things get back to normal.

"A lot will depend on the virus, obviously," she said. "Restaurants will be the last to open, and theaters. This is devastating to the small business world."

About 78 percent of WMEP respondents said their business is down greatly, down significantly or down somewhat compared to their normal state of business for this time of year.

Bureau said that likely has to do with the type of products being manufactured and demand. Companies in the chemical, rubber and food sectors report they are doing well. Fabricated metal and electronics companies are faring the worst, according to the survey, and companies with 101 to 250 employees have been hit the hardest.

Manufacturers in Milwaukee County and southeastern Wisconsin and in northern Wisconsin — including Portage, Lincoln and Marathon counties — responded that business is down.

Consumer products maker Kimberly-Clark, located in the Fox Valley, recently reported it has boosted its production to meet increasing demand.

Despite the challenges manufactures have faced, many owners have chosen to cut costs by eliminating non-labor-related expenses, including travel and cutting back on supplies.

Bureau said he believes that is because there has been such a pent-up demand for workers in the manufacturing industry.

"The labor market, from a macro prospective, will stay tight for some time, and that’s just due to the demographics and the age of the workers that we do have," Bureau said. "I think manufacturers are recognizing that in their actions."

Looking ahead, the majority of manufactures surveyed said they think it will be at least six months before business normalizes. But even then, many owners don’t believe they will fully rebound.

Forty-four percent said they believe their business will be in somewhat or much worse shape when restrictions are lifted, and 32 percent said their company will be the same.

Bureau said until more data is collected, it’s impossible to tell if manufacturing in Wisconsin will continue to worsen.

"Imagine you are falling in the fog and I’m not sure if the pile of pillows is 6 feet away or another mile yet," Bureau said. "I’m hopeful, but we need more data, and I’m not sure when that is going to be."

Like the WMEP results, Marquette University found COVID-19 and subsequent shutdowns have caused business to slow. Customer demand has decreased by more than 35 percent, and manufacturers don’t expect to recover until fall, according to the Marquette survey.

The survey’s index for April is 35.7, down from 47.8 in March. A reading below 50 shows that manufacturing is contracting.