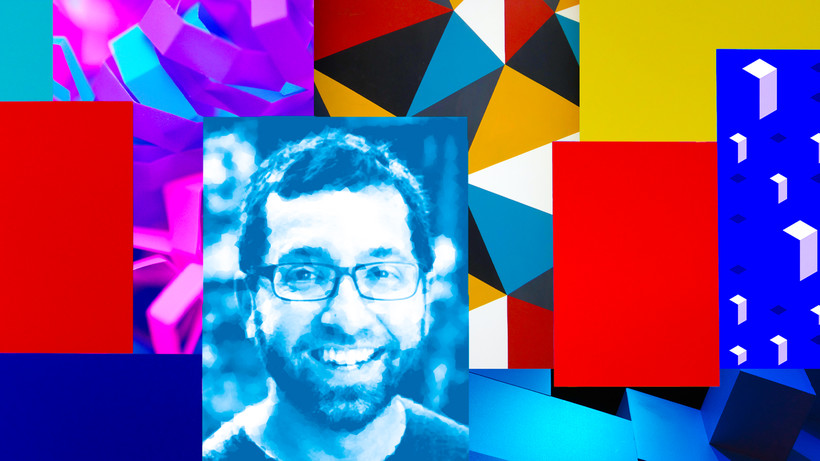 'Making knowledge from scratch': Geometry's power lies in how it endangers received wisdom

UW-Madison mathematician Jordan Ellenberg on why we're living through a 'geometric era'
By Anne Strainchamps
Share:

Jordan Ellenberg does not like to talk about being a child prodigy.

Yes, he taught himself to read at age two, helped his teenage babysitter with her math homework when he was in second grade, and was competing in high school math competitions by fourth grade. And yes, today he's a superstar mathematician, but he pushes back against the "math genius" stereotype.

"I happen to fit the stereotype, but I know plenty of other mathematicians who don't," Ellenberg said. "I will always promote the idea that everyone is born mathematical. There's no such thing as a non-mathematical person."

Ellenberg's 2014 best-seller "How Not To Be Wrong," made the case that mathematical reasoning touches everything we do — with examples ranging from slime molds to the Bush-Gore Florida vote to the science of predicting home runs. Now he's back, with "Shape," a book that will make you see geometry everywhere, from the 14th dimension to romance novels.

Why do we learn geometry at a young age?

JE: There's a wonderful thing I found — in the 1950s, there was a giant survey asking teachers of high school geometry, "Hey, why are you doing this? What's the point of what you're doing?"

They offer a long list. One of the items was, "so that the students will know facts about geometry, know how triangles and circles and lines behave." And that did pretty well, it was number two. But number one was "to develop the habit of rigorous and logical thinking."

I was very interested in math and numbers from a young age.

I think when I realized (what) mathematics was in this moment when I was zoning out:

I was probably about six, looking at my parents' stereo system.

To set the scene, this is the 1970s. So in the seventies, you have dark wood panels and everything. And so there's a dark wood panel over the stereo and a bunch of holes in it so the sound can come out. The holes are arranged in a rectangular array, a six-by-eight rectangle of holes. And there I am, just lying on the thick brown shag carpet — because remember, it's the seventies — and looking at these holes.

Six rows of eight holes each, right? Which are also eight columns of six holes each. Kind of flip your attention back and forth and sort of organize them in your mind. Seeing the rows, then seeing the columns, and seeing the rows and seeing the columns. And then, in that moment, you're like "Whoa. Six eights is the same thing as eight sixes." Six rows of eight is the same thing as eight columns of six. And this was an amazing fact.

This is an amazing moment, because if you start to learn your multiplication tables, whenever you learn them, you might say, "Well, I know that six times eight is eight times six because that's in the table."

Math is different, and geometry is especially different. You're giving the student the capacity to make knowledge on their own from scratch.

So you want to talk about dangerous? I think there's a reason people saw geometry as dangerous. Exactly because it represented some other locus of authority.

How to think in 14 dimensions

JE: There's a wonderful quote (from) Geoff Hinton, who is at the University of Toronto and is one of the founders of the theory of neural nets. He's giving a talk and somebody asks him "But Professor Hinton, how do you visualize a 14 dimensional space?" And he said, "Well, you visualize a three-dimensional space and then very loudly say, '14!'"

And this is absolutely true. It's kind of a miracle, but we have this kind of built-in geometric intuition. It's in our bodies, this intuition about what things look like and what it means when things are close to each other and far away, and how things move and what paths things take.

All that intuition is about the two-dimensional and three-dimensional geometry. And yet a lot of that stuff works really, really well in any number of dimensions.

AS: Isn't the fourth dimension time?

JE: So this is the kind of thing where if somebody asks in my class, I'm like, "No, you're totally wrong. But in such a useful and good way."

AS: You must be a very good teacher. I just said something stupid. Okay, tell me, why is it not?

JE: It's not so bad! But the point is, it's not stupid. (As we learn mathematics,) we're recapitulating the entire history of mathematics in our developing understanding.

It was old-fashioned to ask "what IS the fourth dimension?" Now we just say, "let's think in the abstract about what four dimensional spaces can be."

In math, we care about what could be much more than we care about what actually is. Some people see that as a moral failing, but I see it as a great strength, probably our special and unique strength. If we can conceive it, then for us it exists because we can say something about it.

JE: I'll tell you a story. It's the story of Flatland.

It's set in a two-dimensional world called Flatland, and the narrator of this book is a square. His entire world is composed of polygons — different social classes are different kinds of polygons.

And one day he's in his house and he sees a little circle. "Huh, how did the circle get in my house?" Circles are very noble in his world. And then the circle starts getting bigger. It starts growing.

Now, this is very science fictional and weird to him, right? Just as if suddenly there was a little tiny miniature human in your house. And then it started sort of expanding.

The square says, "Who are you, mystical size-changing circle?"

And the circle says, "You misunderstand. I'm not a circle, I'm a sphere. I'm a sphere that's slowly entering your world, crossing into your plane. And my cross-section is getting bigger and bigger. But what you are seeing of me is only this two-dimensional section."

And of course, the square says "That is nonsensical. There's no such thing as the third dimension. Maybe you're a circle that's found some way to make yourself bigger or smaller, but what you're saying is ridiculous."

They have this long philosophical argument, as one does in a 19th century novel, and then finally the sphere gives up and just grabs the square by the corner and jerks him up out of his world, sort of turning him on his side. He can see his entire world globally — one that he was previously only able to see from the inside — so he can see for himself from the third dimension just how limited his perspective has been.

So here's where this story gets really subversive.

The sphere explains to the square, "Oh, there's a thing like you in the third dimension called the cube." And they walk through the reasoning of how a cube has eight points. Like you have four vertices, you have four corners, a cube would have eight corners.

The square is very excited about this, like our best math students, and says "Oh, I get it! So the four dimensional version of me would have to have 16 corners."

And the sphere says, "What the hell are you talking about? There's no fourth dimension. That's ridiculous. Three is how many dimensions there are."

So this is an incredibly powerful parable about learning mathematics. Can either the sphere or the square see or perceive the fourth dimension? No, they cannot. But by the mechanism of our reason, the square is able to figure out things about it which are true and correct without actually experiencing it. That's what abstract math can do for us — we can reason past what we can see and feel.

The other part of it is that it really captures the way that math can be a locus of power. The square is figuring something out and the sphere, who was moments ago in this position of authority is like, "Wait, I don't like this!" But there's nothing the sphere can do about it, right? The square figured it out.

Geometry is often seen as kind of dangerous because it represents this other point of authority: knowledge that you can make yourself without taking it from some other source of received wisdom.