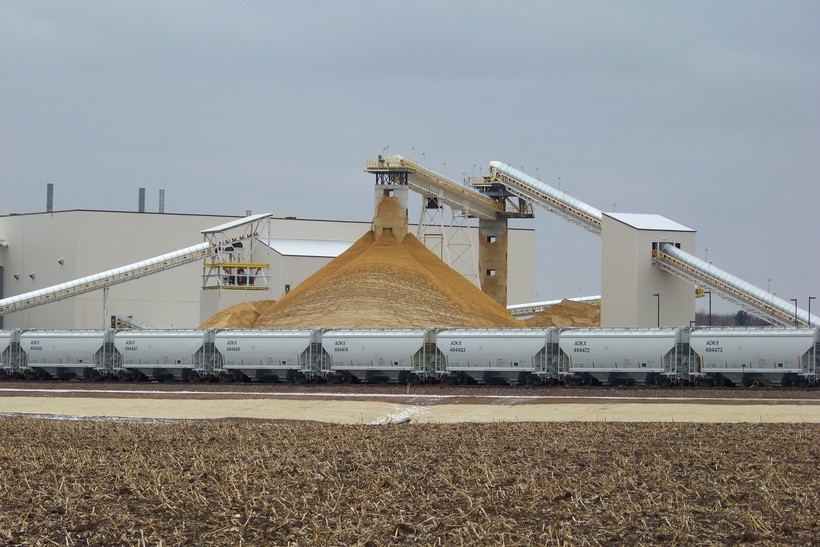 Major Frac Sand Companies With Mines In Wisconsin To Merge

Fairmount Santrol, Unimin Combining With Anticipated Production Of Up To 45M Tons Of Sand Per Year
By Rich Kremer
Share:

Two of the nation's foremost producers of frac sand have announced a merger that will create a massive new mining company with operations in Wisconsin.

Connecticut-based Unimin and Ohio-based Fairmount Santrol have agreed to a merger that will lead to the creation of a publicly traded company that has yet to be named.

Fairmount Santrol's current Wisconsin holdings include mining and processing operations in Menomonie and Maiden Rock, while Unimin has operations in Tunnel City and Portage. Also, both have announced new sand plants in Texas nearby the busy Permian Basin oilfields where a majority of the nation's oil is produced.

Company representatives weren't available for comment, but a joint statement said $170 million in cash payments will go to shareholders of Fairmount Santrol, who will own 35 percent of the new company. Unimin's privately held, Belgium based company Sibelco will own the rest.

The companies say their combined operations will be capable of producing up to 45 million tons of frac sand each year with more than 1 billion tons more in proven reserves.

Shares of Fairmount Santrol's stock have fluctuated wildly since the company went public in 2014. Between January and August this year, shares lost nearly 80 percent of their value.

It's anticipated that the merger will be complete by next summer with a name being announced prior to the close of negotiations.