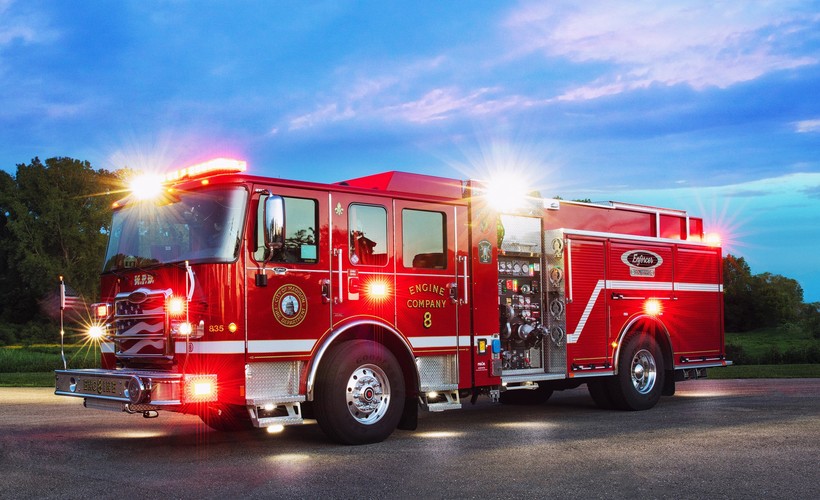 A fire truck that performs in much the same way as its diesel-powered counterparts but boasts zero net carbon emissions is currently being piloted by the Madison Fire Department.

Although the Pierce Volterra zero-emissions pumper won't be ready for a full rollout until about 2023, the Madison Fire Department is partnering with the truck's maker, Pierce Manufacturing, a subsidiary of the Oshkosh Corp., to test its real-world function and efficacy.

Steven Davis, Madison's fire chief, said the truck has so far outperformed his expectations. On May 21, when the Volterra was first put into service, the battery charge didn't drop below 74 percent, Davis said. It charged quickly on return to the station in between 12 calls in 24 hours.

"(That) told me instantly that we've got this designed the right way for battery capacity," he said.

Batteries at zero percent can be fully charged in 90 minutes, Davis said.

Eric Linsmeier, the business unit director of electrical and software technology at Pierce Manufacturing, said fire trucks rarely return to the station fully depleted, so recharging the battery most of the time goes much quicker than that.

The Volterra is powered by two strings of seven lithium-based batteries, Linsmeier said, which are expected to last about 14 years. Because pumping water during a fire takes a ton of energy, that action is mostly powered by the diesel engine. 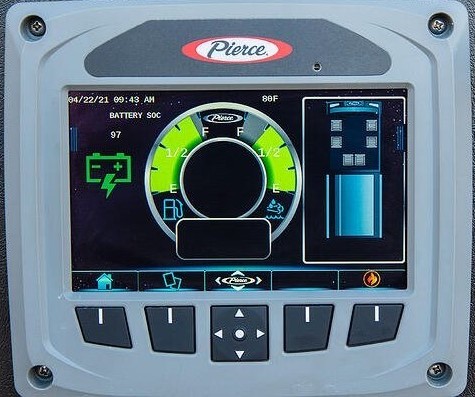 "The vehicle is capable and will pump through the batteries and the electric system, as well," Linsmeier said, noting that option is best for short bursts or smaller fires to prevent draining the batteries.

The Volterra runs on electric power, but it can transition effortlessly to the internal combustion engine if the batteries are depleted.

Davis said that's important because he needs to know as fire chief that he's sending firefighters into a burning building with equipment that's going to function well.

Apart from training and data collection, the department has not had to use the diesel engine for backup.

"But we know it's there," he said. "And that gives our firefighters a great deal of confidence that this vehicle's always going to perform for them."

Davis said this fire engine is part of the department's attempt to meet an eco-friendly initiative passed by the Madison Common Council and mayor's office a few years ago. The initiative called for 100 percent renewable energy and zero net carbon emissions from fleet vehicles by 2030.

Davis said the directive from the city put the department in "an awkward position."

"When the fire engine leaves the station, we don't know when it's going to come back," Davis said. "So it needs to have a system that can possibly meet these goals of zero net carbon emissions but also be able to perform for sometimes days on end."

Equipping stations with this type of model will be more expensive than traditional models, but it's hard to say by how much in terms of production costs. That's because this particular truck has been built with parts that aren't yet in production, Linsmeier said.

"Obviously we're concerned about pricing always," Davis said. "But if we have the goals that we need to meet, sometimes we might have to spend a little more to reach that goal."

The department reached out to Pierce, and in 2018, Pierce suggested they work together to find a solution to meet the city government's requirements.

"In my mind, it was an absolute no-brainer," Davis said.

Linsmeier said Oshkosh Corp. has been working on developing electric drives for more than 25 years. But the conversations about how to integrate them into fire apparatuses began just around the time that the city reached out.

The Volterra can be viewed during the Nakoosa Trail City Fleet Building Ribbon Cutting and Open House from 3:30 to 8 p.m. on June 22 in Madison. Also making an appearance will be one of Madison's Metro Transit's new electric buses from Proterra, an electric vehicle company based in California.

Editor's note: An earlier version of this story incorrectly referred to the fire truck as a hybrid. The truck is not a hybrid but runs on electricity and produces zero carbon emissions. 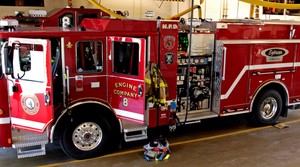 An all-new electric fire truck was recently delivered to a Madison fire station. We talk with the city’s fire chief and a rep from Pierce Manufacturing about what it means for such an important lifesaving tool to go electric.