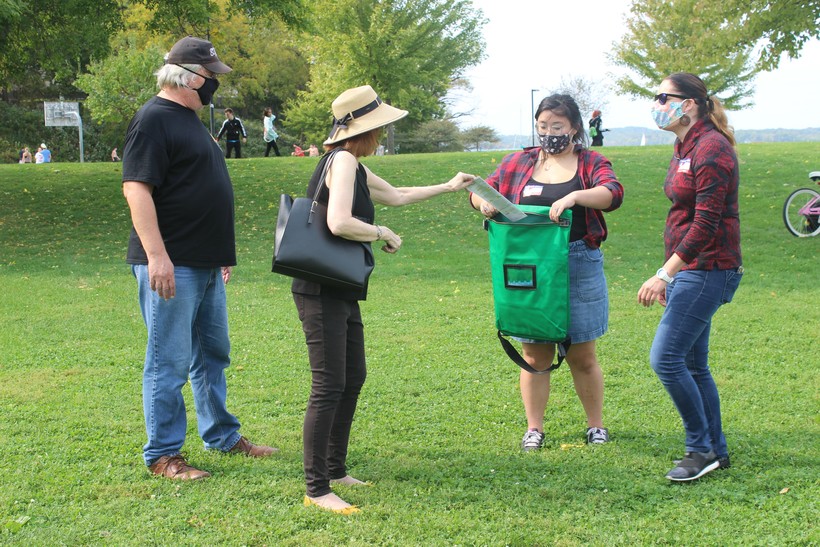 Poll workers in Madison were available to collect pre-completed absentee ballots, witness ballots and register voters in more than 200 Madison city parks on Saturday, despite a Republican effort.

Late Friday afternoon, an attorney representing Republican legislative leaders warned the city of Madison not to go through with the "Democracy in the Park" event, which had been planned since the end of August.

The event proceeded as planned, with poll workers set up in parks throughout the city.

"The threat that this procedure poses to ballot integrity is manifestly obvious," the letter said, claiming that the park drop-off was "unsecure."

The city clerk's office said in an email to The Associated Press Friday that it would proceed with the event, and poll workers would use drop boxes and keep chain-of-custody forms for the ballots.

In a letter on Saturday responding to Tseytlin, Madison city attorney Michael Haas said the cease-and-desist letter provided "absolutely no legal support for that allegation" that the event was illegal.

"This tactic demeans the seriousness of your allegations and signals a desire to simply discourage participation by voters in Madison," the letter said.

Madison will continue with "Democracy in the Park" unless issued a directive by the Wisconsin Elections Commisson or a court, Haas wrote, encouraging Tseytlin to retract the original letter.

As of Thursday, the Madison clerk's office had issued 88,020 absentee ballots, and 14,744 had been returned.

A second "Democracy in the Park" event is planned for Saturday, Oct. 3 in Madison parks.