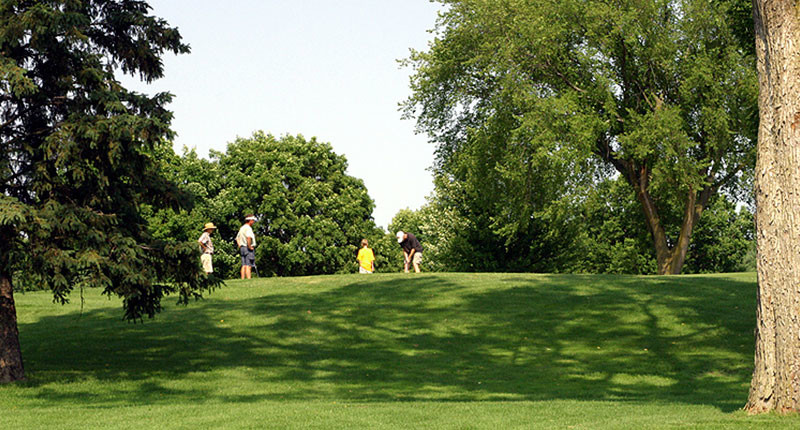 Photo courtesy of city of Madison

Wisconsin is one of the states with the highest number of golf courses in the country. Areas like Dane County have so many golf courses — private country clubs, daily-fee, municipal — that it's a highly competitive market, and it's squeezing the municipal courses in Madison.

On a Thursday afternoon in May, well before 5 p.m., the parking lot at Monona Golf Course in Madison is full. Adults with sweating bottles of beer crowd circular tables set up under the shade, and a few elementary-age children take unwieldy swings on the putting green.

The activity is a bit surprising because the city's four municipal courses are struggling.

Brad Munn, who coaches youth around Madison through a program called the First Tee of South Central Wisconsin, said the crowds on this afternoon don't match what he's hearing.

"This is what I don’t get," he said. "They say that (participation) is down, but you see this, right?

"They're probably going to do over 250 rounds today," he said.

Despite those numbers, there are other figures that aren't adding up in favorable ways for the city's municipal golf courses. They have lost money for the past decade, with a record loss of nearly $1 million last year alone. It has left city officials thinking about what to do.

Raising prices costs them customers. The city's golf courses are now in financial crisis, prompting Knepp to pen a grim memo warning city leaders: "The future of golf operations in Madison parks is uncertain and the current model is clearly unsustainable."

"At the end of the day, I think the foundational problem in Dane County is an oversupply with a lack of demand," Knepp said.

So now, Madison's leaders are trying to figure out what to do. They're launching a public process to solicit input from the community, but they say they're considering every option — from tax subsidization to hole reduction to course closures.

The problems here aren't unique to Madison — or to municipal golf.

Across the country — in Florida, Pennsylvania, Kansas — too many golf courses are competing for too few golfers. Every year since 2006, the number of golf course closures has exceeded the number of openings.

In the 1980s, as the number of golfers rose, the National Golf Foundation claimed developers could build a course a day for 10 years and still not meet the demand for golf.

Jeff Davis, with the firm Fairway Advisors, said the National Golf Foundation eventually walked that back.

"The genie was out of the bottle," he said. "Developers, all they heard and the mantra became, 'Build a course a day.' And, they did it!"

Between the late 1980s and early 2000s, the number of golf courses in the United States jumped by 44 percent.

But most of these new golf courses had a particular type of look, purpose and builder.

Out in the suburbs, private developers made lush, rolling golf courses the central amenity of their high-end homes and hotels, such as this residential golfing community built in 2000.

Greg Nathan, chief business officer with the National Golf Foundation, sid the rise in courses might have corresponded to a rise in players if the developers built accessible, affordable courses.

"In many cases, disproportionately I would say, what they really wanted to do was sell real estate," Nathan said.

About 10 percent of golf courses have closed since 2006, compared to the 44 percent rise in the two-decade boom. Many areas don't have the players to sustain all those courses so those that remain have to compete for customers on experience and price.

This is a problem for all types of courses, public or private.

But Knepp said it has specific consequences for municipal courses like Madison's.

"American golf, I think, has always had a stodgy, affluent, elite feel. Now, I know that's not our golfers," Knepp said.

Knepp said they serve women, people of color, people of low- or moderate-income, the young and old.

And he worries: If the municipal courses shut down, where will all these golfers go?

But Knepp still has to battle golf's elite perception, and so he also is concerned about the rest of the community: people outside the game who may feel unwelcome on the golf courses.

The municipal courses make up almost one-fifth of the city's parkland, and he wants people to understand it's just another part of the parks system — open to all.

"I don't think it's good or healthy for our society, for our city, to have a space where we have 750 acres that are viewed as for these other people. 'That's for golfers.'"

Knepp said golfers can be anyone.