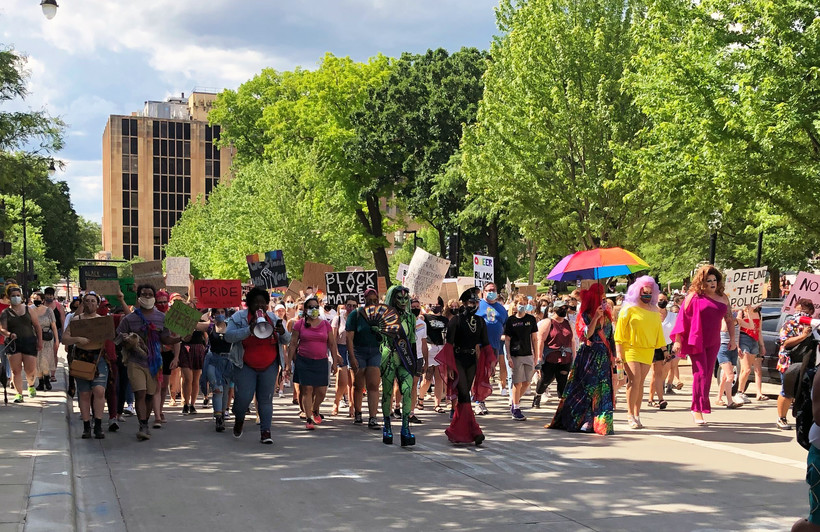 The Black Lives Matter and LGBTQ movements joined forces on Friday afternoon as people gathered for a celebration in Madison. The Pride for Black Lives event at the state Capitol was organized to honor and celebrate people in the black and LGBTQ communities.

Around 3:30 p.m., there were hundreds of people gathered, holding signs and chanting "Black lives matter, and Black queers too!" to the beat of a drumline. Speakers addressed the crowd on issues including social justice and police funding.

Mahnker Dahnweih of Freedom Inc. called out how the city has allocated resources, questioning the size of the Police Department budget and its access to military equipment, and the county's decision to build a new jail.

She also called out Madison Mayor Satya Rhodes-Conway, who earlier this week came under fire for a video in which she expressed sympathy for Madison police.

Organizers also called on the city's school board to remove police from school, a move that the board's president declared support for earlier this week.

Demonstrators making their way around the Capitol for Pride for Black Lives as they chant the names of people killed by police. pic.twitter.com/3ZKiEDA4Vy

It's the latest in a string of gatherings in the city over the last two weeks protesting systemic racism and police violence following the death of George Floyd, the black man who was killed in police custody in Minneapolis last month. People have taken to the streets in large numbers across Wisconsin, the country and the world.

The demonstration was organized by Freedom Inc., Urban Triage, Our Lives Magazine, OutReach LGBT Community Center, and the Party for Socialism and Liberation-Madison.

Shyra Adams with Freedom Inc. said the event was about, "bringing together queer folks and black folks to bring awareness around how black bodies are treated."

Markeith Williams-Lawrence of Monona attended the event and said the current protests are a continuation of movements for racial equity and LGBTQ rights going back decades.

"We are really getting back to our Stonewall roots where intersectionality is not only important, but it's necessary," Williams-Lawrence said. "We really have to look at all marginalized groups, even within a marginalized group movement and make sure that their voices are being uplifted, make sure that we are being critical of the fact that they are being discriminated more against, and bring awareness so we can fix that." 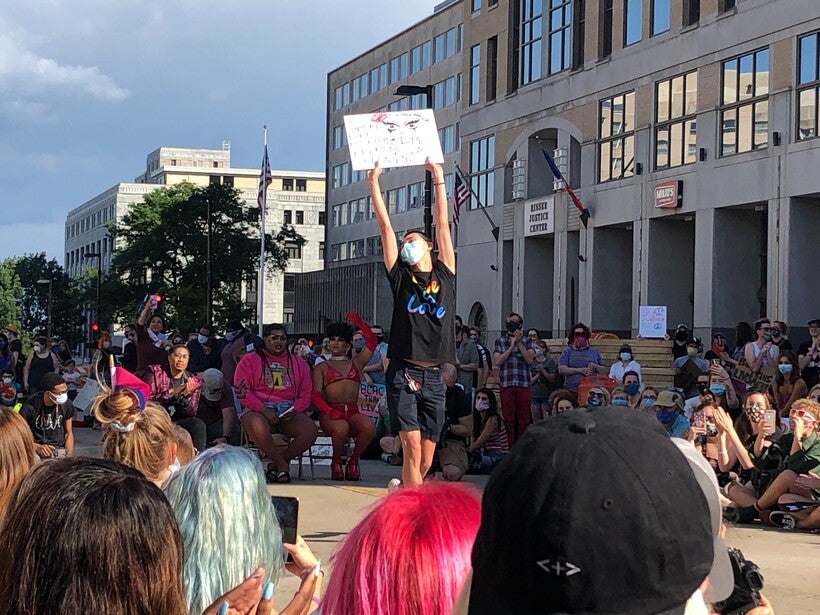 A demonstrator strikes a pose during a "mini-ball" at the Pride for Black Lives event near the state Capitol in Madison, Friday, June 12, 2020. Maureen McCollum/WPR

After marching near the Capitol, demonstrators watched performances from local rappers and drag queens, and held a "mini-ball."