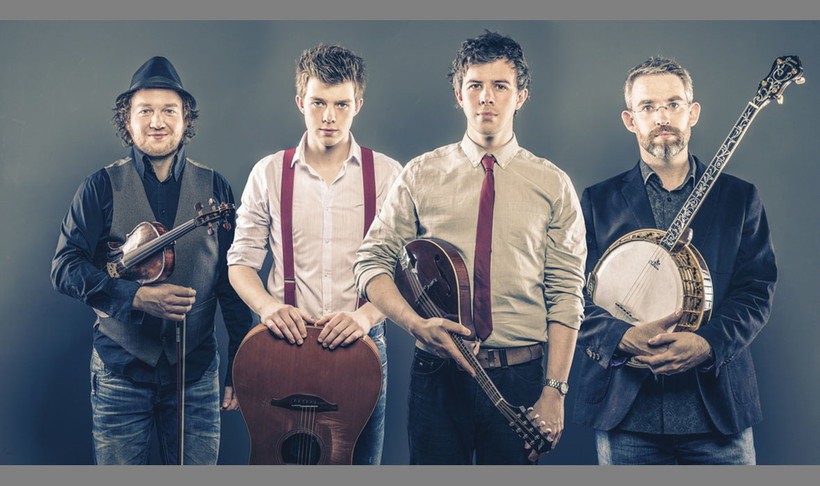 Experience a world of Celtic Culture at the Madison Celtic Festival during the weekend of March 9th/10th! Festival passes for the two headliners, Lúnasa and We Banjo 3, are priced as follows: UW-Madison students are $14.50, Union Members and Non-UW students are $39.50, UW-Madison Faculty and Staff are $42.50 and the General Public is $46.50. Please note that the full festival passes not only include a discount but also early admission to each show. Tickets may be bought online, by phone at 608-265-ARTS (2787) or in person, see locations and hours here. Tickets for a single performance are also available.

This inventive combination of Celtic musicians has skyrocketed to international acclaim since their start in 1997. Lúnasa has performed over 1,500 shows across 36 countries and has appeared at internationally-renowned venues like The Hollywood Bowl, the National Concert Hall in Dublin, the Sydney Opera House and the Moscow International House of Music. They have also been invited to perform at the White House.

Their music, which is composed of “jaunty jigs, melancholy melodies, mad passion, soft beauty…” makes “…a wall of sound created by traditional Irish acoustic instruments enhanced by the restrained, but not understated, playing of the orchestra” (International Review of Music). Lúnasa has sold more than quarter of a million albums during the band’s career.

Since the band of brothers came together in 2011, they have taken the world by storm. They have released four albums, all of which were received extremely well. Their 2014 album Gather the Good was named Irish American News Vocal/Instrumental Album of the Year, and their most recent album, String Theory, was ranked Number One on the Billboard World Charts when it was released.

In 2016, the band was selected to play for President Barack Obama and Taoiseach Enda Kenny at the annual "Friends of Ireland" luncheon held in Washington, DC around Saint Patrick's Day. President Obama praised the band's show calling it, “Great music. Incredible performance.”

See these two musical groups and much more at the Madison Celtic Music Festival.

The full schedule is as follows:

The festival is presented by the Wisconsin Union Theater’s Performing Arts Committee in partnership with Mad Gael Productions. This festival was supported in part by a grant from the Wisconsin Arts Board with funds from the State of Wisconsin and the National Endowment for the Arts. Other sponsors are the Madison Scottish Country Dancers. WORT is the media sponsor.