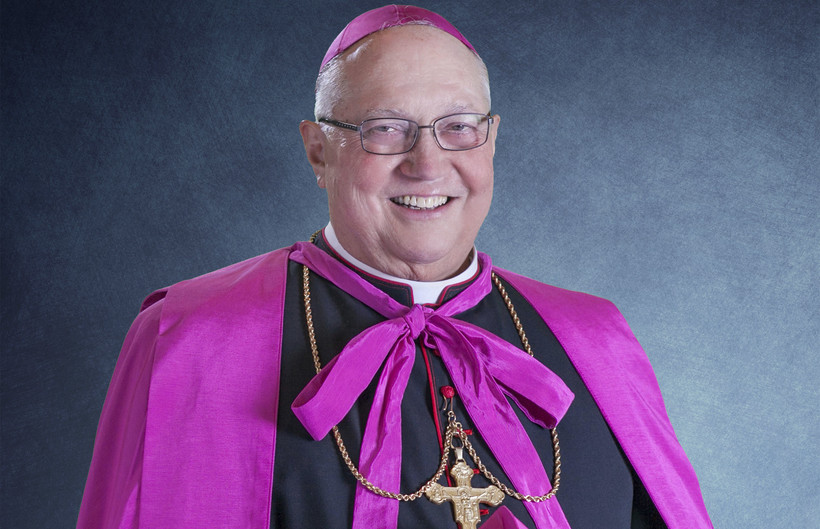 The death of Madison's bishop means the Catholic Church must soon begin the lengthy process of selecting a new bishop for the diocese of around 200,000 parishioners — a process that ultimately ends with the pope.

Madison Bishop Robert Morlino, 71, died Saturday after suffering an apparent heart attack during a planned procedure at St. Mary’s Hospital in Madison earlier in the week. He was the fourth bishop of Madison.

"The bishop, in addition to being the shepherd and the pastor of the diocese, also governs the diocese. He has executive, legislative and judicial power, so his death leaves kind of a vacuum that has to be filled," said Cavanaugh.

Cavanaugh said the Madison Diocese's first priority is to select an administrator to temporarily fill the vacancy left by Morlino’s death. This temporary replacement will serve until Pope Francis selects a new bishop.

The temporary replacement is selected one of two ways: a diocesan administrator is elected by a group of local priests, previously chosen by the bishop to serve as his counsel on important matters, or an apostolic administrator is chosen directly by the pope. Although the former is historically most common, Cavanaugh said more recently, the latter has become more routine.

Although there is no set timeline for the appointment of a possible apostolic administrator, Cavanaugh said the diocesan administrator must be elected within eight days of the vacancy.

The administrator who will temporarily fill Morlino's void has more or less the same governance powers as the bishop, Cavanaugh said.

"But he has to exercise it in a sort of 'maintenance mode,'" he said, meaning avoiding substantial renovations or making decisions that would significantly impact the decision making power of the incoming bishop.

The process for selecting a permanent replacement for Morlino as the next bishop of Madison is far more involved. It breaks down into four stages on two continents: there’s the American portion of the process and the Roman portion.

The bishops in the Wisconsin province of dioceses will submit names of priests they deem suitable for the promotion to the archbishop based in Milwaukee. Later, these bishops will convene to discuss the names submitted and vote on a final list to pass along to the apostolic nuncio, who serves as an ambassador of Rome to the United States, as well as the United States Conference of Catholic Bishops.

Next, the nuncio, based in Washington, D.C., gathers more information about the candidates and makes his own interpretive recommendation. The United States Conference of Catholic Bishops deems this a "gatekeeper" role because the nuncio ultimately forwards his recommendations to the Congregation for Bishops in Rome.

This multi-national group then discusses the candidates in depth and makes their own recommendations, which ultimately get passed to the pope.

Finally, the head of the Congregation for Bishops presents the recommendations to the pope himself. The pope holds the ultimate decision-making power. He may either choose one of the people presented to him through this lengthy process of discussion, or he may choose someone outside of the list.

Although the pope is not bound to the list of candidates presented to him, the process allows for more informed decision making, said Cavanaugh.

"For a matter of sheer practicality, there's no way for the pope to keep that close a pulse on every diocese in the world," he said.

According to the United States Conference of Catholic Bishops, this process may take six to eight months from start to finish.

In the Diocese’s of Madison’s announcement of Morlino’s death, they wrote Morlino's three priorities were "to increase the number and quality of the men ordained to the diocesan priesthood; to instill a greater sense of reverent worship to the entire diocese" and "to challenge Catholic institutions in the diocese to live out their professed faith in Jesus Christ ... through their ministry in the seculary community."

Cavanaugh said he believes the bishop’s legacy will live on through the young seminarians and priests ordained during his tenure. Forty were ordained and 24 are in the process.

"For a diocese our size, that’s really out of this world," said Cavanaugh. "That’s an investment in the future of the diocese that’s going to be felt for years to come."

Throughout Morlino's 15-year tenure, he ignited tensions among parishioners, and gained national attention for his staunch opposition to abortion and same-sex marriage. An online petition asking Pope Francis to remove Morlino for his anti-LGBT views and actions garnered more than 22,500 signatures last year.

"I think when Pope John Paul appointed the Bishop Morlino as the Bishop of Madison, he chose a bishop that suited the needs of the time and place here in Madison back 2003," said Cavanaugh. When Pope Francis chooses the next bishop for Madison, he too "will choose a bishop who meets the needs of the time and place in Madison. Certainly those those needs have changed. Madison has changed in the last 15 years."

What the pope deems to be the needs of Madison in 2018, "That’s something I guess we’ll know when the new bishop is appointed," Cavanaugh said.