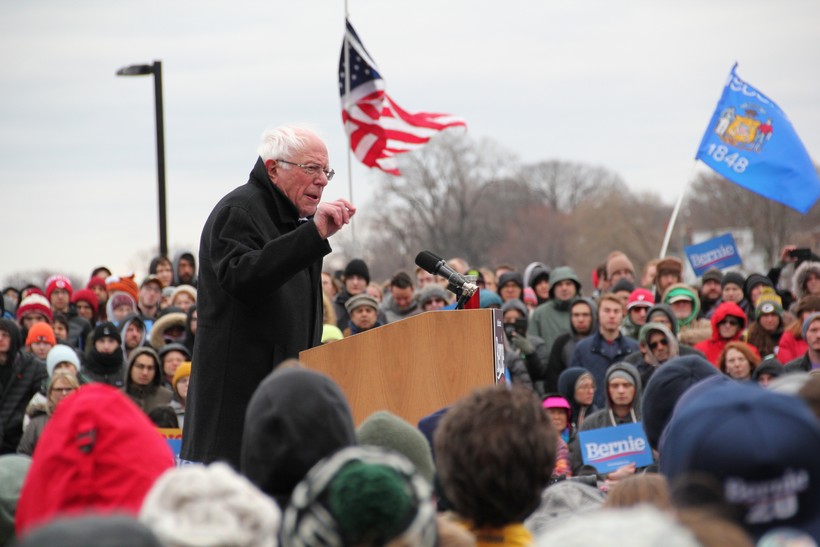 Sanders Makes First Visit To Wisconsin In His 2020 Campaign
By Shawn Johnson
Share:

Democratic presidential candidate Bernie Sanders told a shivering crowd of a couple thousand people along the shores of Madison's Lake Mendota that he needed their help to complete a political revolution.

"I want to emphasize what this campaign is about is not just winning the Democratic nomination," Sanders said Friday. "It is not just defeating Donald Trump, the most dangerous president in modern American history. But it is about all of us — not me, us — transforming this country."

Friday's rally at James Madison Park was the first visit to Wisconsin this year for Sanders, a U.S. senator from Vermont. He also plans to campaign this weekend in Indiana, Ohio, Michigan and Pennsylvania, all states Trump won in 2016.

"Together, we are going to make sure that that does not happen again," Sanders said.

Sanders called Trump a "pathological liar," saying the biggest lie Trump told in 2016 was that he would stand up for working people.

"Our job in this campaign is to reach out to working families who are hurting and to work with them to finally create a government and an economy that works for all of us and not just the 'one percent," Sanders said.

Sanders is one of at least a dozen candidates seeking the Democratic presidential nomination in 2020.

While he came up short nationally in his 2016 run for president, Sanders won Wisconsin's Democratic primary overwhelmingly that year. He defeated eventual Democratic presidential nominee Hillary Clinton by a margin of 13 percentage points here, or about 135,000 votes. Sanders also won seven out of Wisconsin's eight congressional districts.

But Sanders faces a much different landscape now.

Four years ago, he was effectively the lone alternative to Clinton, who was favored by most of the Democratic establishment. This year, he's one of several candidates making the case that they're best equipped to bring dramatic change to Washington.

Despite wind chills that dipped into the 20s Friday, Sanders spoke at length about issues he said were considered "too radical" in 2016 that are now being embraced by progressive candidates across the country. He said those included the legalization of marijuana, a trillion dollar rebuild of America's infrastructure and "Medicare For All" universal health care.

"Those ideas were not radical ideas," Sanders said. "They were common sense American ideas that the American people supported." 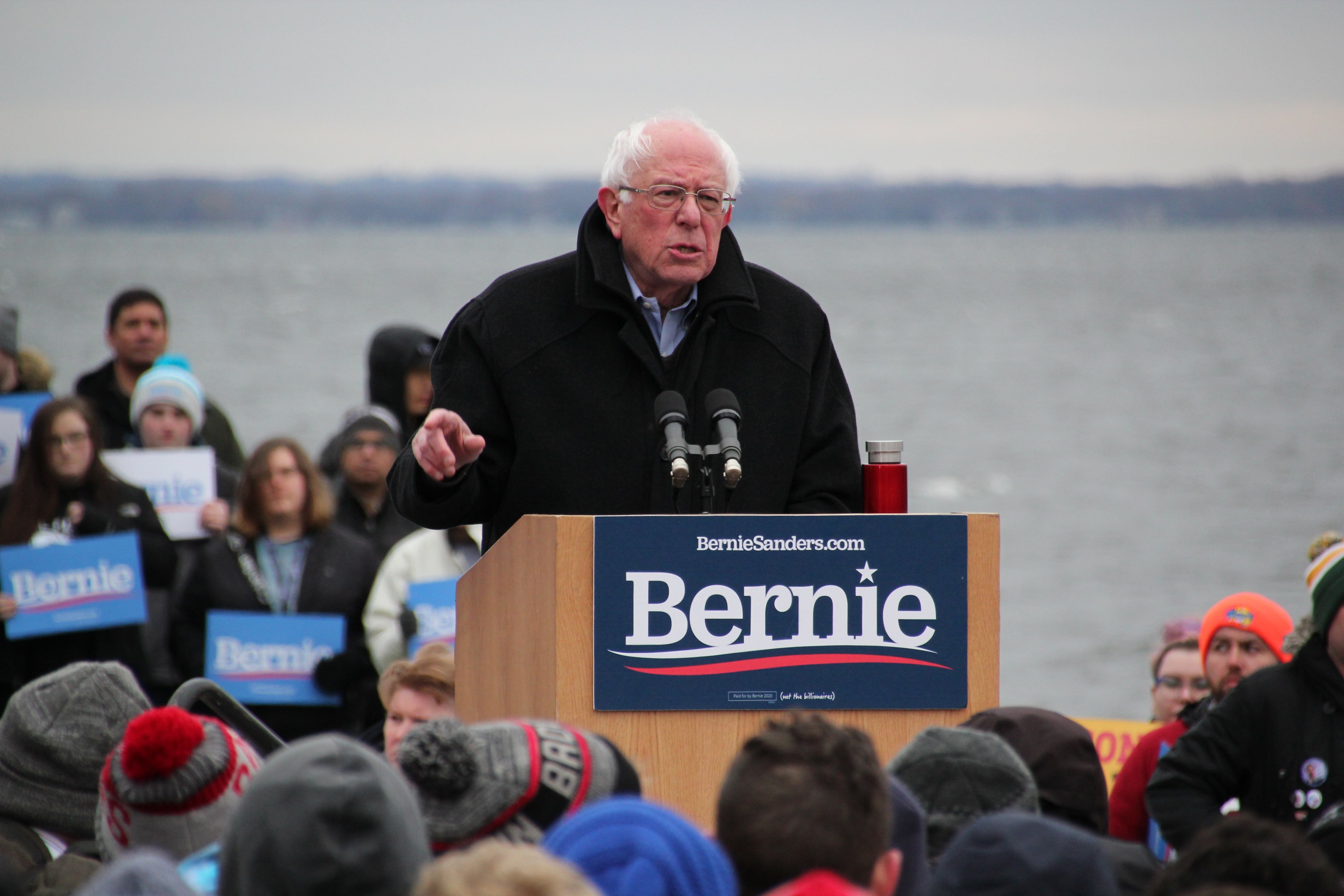 Among those in the crowd Friday was Madison resident Janet Wilcox, who wore a sweatshirt depicting Sanders as a Sesame Street character in front of a road sign reading "BERNIE 2020."

"He speaks to everything I believe in," Wilcox said.

Wilcox, who supported Sanders in 2016, conceded more Democratic candidates for president are taking up his causes in 2020.

"That's true," she said. "But he did start what seems to be a revolution."

Thomas Schlenker of Milwaukee said he voted for Sanders in the 2016 primary. He said he supports Sanders' outspoken support for universal health care and raising taxes on the wealthy.

"I mean, he has the track record to prove that he's genuine as opposed to many other candidates do not," Schlenker said.

Georgia Christman of Minneapolis is a student at the University of Wisconsin-Madison. This will be her first time voting in a presidential primary, and she said she's still getting to know the candidates, including Sanders.

"I know that he has very left-leaning ideals," Christman said. "I really think that it's cool that he's vocal about it."

While Friday was Sanders' first stop in Wisconsin this year, he's not the first Democratic candidate for president to visit Wisconsin this election cycle.

Minnesota U.S. Sen. Amy Klobuchar visited Wisconsin in February, and former Texas U.S. Rep. Beto O'Rourke has made two stops here, one in Madison and another in Milwaukee.

While Wisconsin's primary is about a year away, early polling suggests Sanders is well-positioned to make another run at the state. Marquette Law School's latest poll found Sanders was the "top choice" of 32 percent of Democratic voters, putting him at the top of the field.