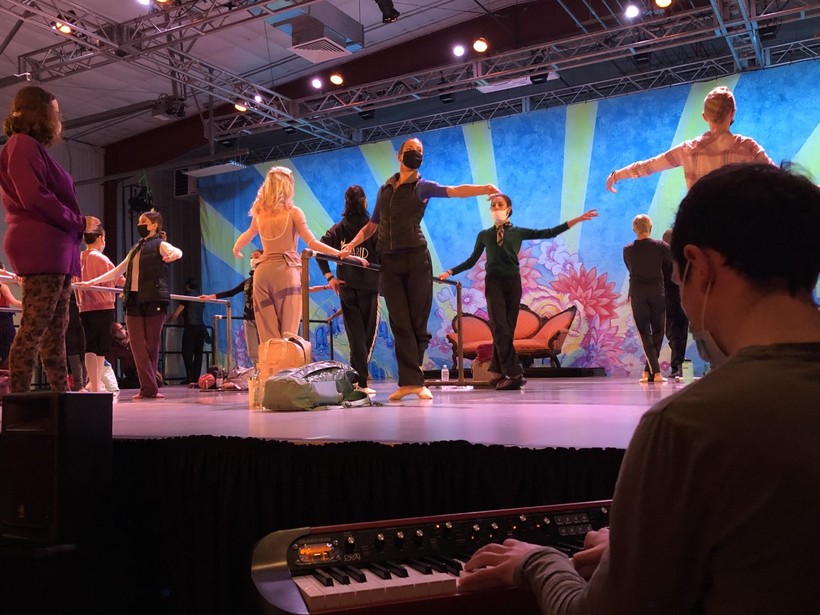 'What I saw here was more than what I expected. It was really amazing'
By Courtney Everett
Share:

Just in time for the holidays, nearly 7,000 Afghan refugees living at Fort McCoy were introduced to "The Nutcracker" last weekend.

The Madison Ballet showcased four live performances of the classic in a warehouse on the U.S. military base for families. Inside the makeshift theater, dozens of Afghans sat masked and in awe of the live dancers moving across the stage in front of them, some even captured the beauty with their cellphones.

The refugees living on the grounds came to Wisconsin after Taliban fighters took over the Afghan central government in August. The collapse came after the full removal of U.S. troops, scheduled by President Joe Biden.

Eva Rupp, deputy federal coordinator with the U.S. Department of Homeland Security, said the number of refugees living at Fort McCoy recently went down from 13,000 to 7,000. She added that children at Fort McCoy ages 5 to 11 just received the first dose of the COVID-19 vaccine.

"Knowing that half the population of Fort McCoy is under 18, I thought, what can we do?" said Jonathan Solari, CEO of the Madison Ballet. 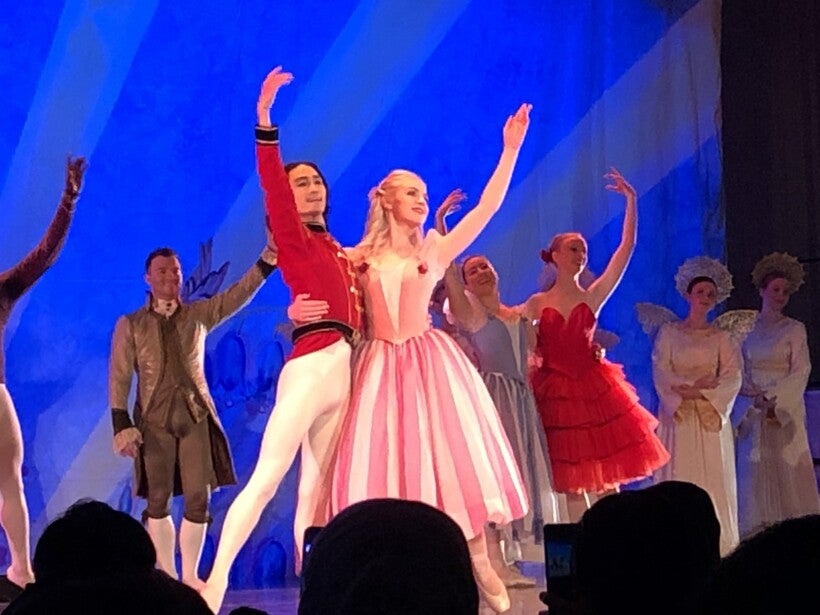 So just one month ago, Solari thought up the idea to bring Act Two of "The Nutcracker" to the base. He knows the positive effects of humanitarian work, he said.

'Giving back to the people we were trying to help overseas'

Solari said he and his wife traveled to Greece in 2015 and 2016 to aid families during the peak of Europe’s refugee crisis.

"I had seen the families who were in this transitional space and how much joy engagement with simple arts and crafts brought them," he explained.

After talking with a friend from the U.S. Department of Veterans Affairs in Maryland about his idea, a team of government agencies quickly assembled.

Mozhgan Karimi, 30, is one of the refugees who said she was "amazed" by the live performance.

"What I saw here was more than what I expected. It was really amazing," she said through a translator.

For three months, Karimi has lived on the base without family. Amid the chaos at the Kabul Airport, her cellphone broke, leaving her in the dark on whether her parents were OK. 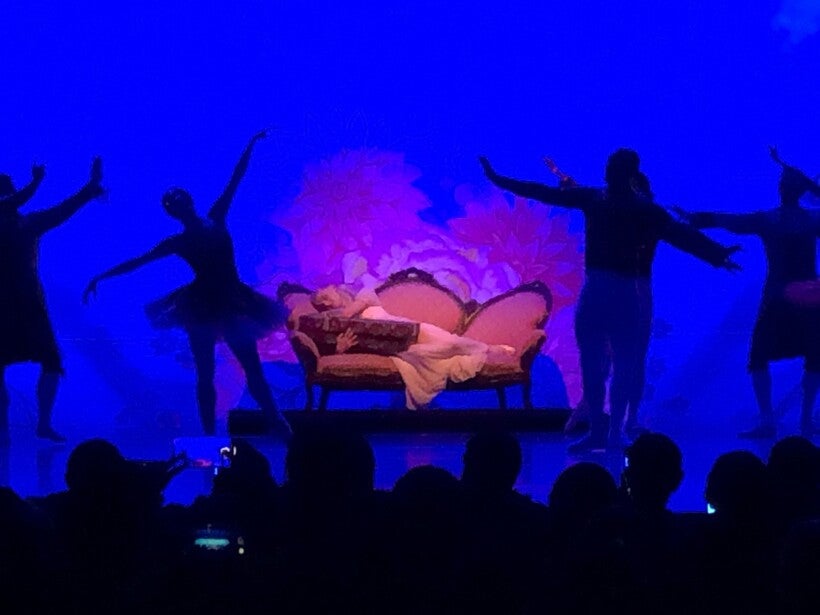 "It’s been stressful since I came here. Sometimes thinking about it, I wish I never came," she explained.

But the performance is a welcome break for Karimi. Now, she said, her wish is to leave the base and continue her career as a makeup artist, which she was doing in Afghanistan.

Maj. Andrew Capiral of the U.S. Army Reserves was in Afghanistan from 2012 to 2013. He calls his time there an "eye-opening" experience. That experience brought him to Fort McCoy to help Afghan families.

"I wanted to see full circle giving back to the people we were trying to help overseas," Capiral said.

As the Task Force Liaison Officer on base, Capiral works with different agencies to bring special projects like "The Nutcracker" to Fort McCoy. He said four days before the ballet moved in, that same warehouse was an optometry clinic for refugees. It was set up by volunteers from Lion’s Clubs in the surrounding communities.

"When I saw a little girl about the same age and height as my little girl put on her glasses for the first time, she had this look, like she’s looking into a new world," said Capiral.

Some children living at the base had never seen dance before and even got to try it. The Madison ballet offered hour-long classes prior to afternoon performances. 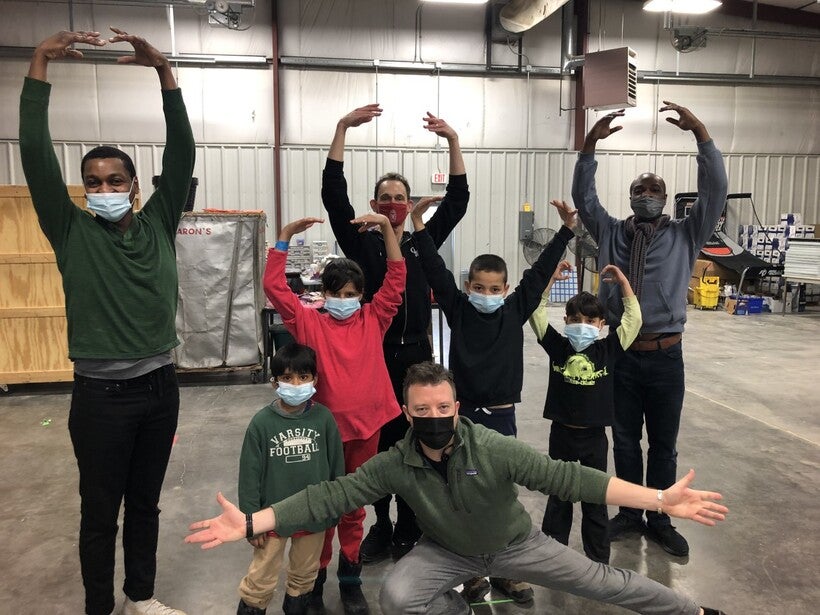 Dancer and instructor Juan Carlos Diazvlac said it's wonderful to see kids excited about dance and bring them joy on the base.

Atiqullah Ahmadzai, his wife and seven children live at the Fort McCoy base. A few of his children participated with smiles on their faces.

"Every morning that we wake up we appreciate that we are here safe and secure with our families," he said through a translator. "There’s not enough words I can say for how grateful we are for that."

Ahmadzai and his family boarded a plane at the Kabul airport with about 380 other refugees. He said lines of tape were on the ground for each person to stand on. Now he hopes to find work after being resettled in the U.S.

"I will try to find a job and send my kids to school, and obviously I have to go to work to put food for my family on the table. Whatever they need, I will do for them," he said.

His story, like so many other refugees, hold onto hope — hope for a better future.

According to Arian and Lela Zafari, that hope is possible. Arian is a board member with the Madison ballet and half Afghan.

"My dad had to walk on foot for weeks to get from Afghanistan to Pakistan," said Zafari.

Her father was 11 years old when he began his trek to the U.S. in the 1980s. Now, 12-year-old Lela, an angel in "The Nutcracker," hopes that the performance serves as an inspiration to refugee families.

"I’m happy I get to perform for them. It’s a sign to tell them: Don’t stop following your dreams," she said.

Although the performance had to end, it was a short escape into dreamland for the families as they pursue new lives in the U.S.

The Madison Ballet returns to the Overture Center Friday. 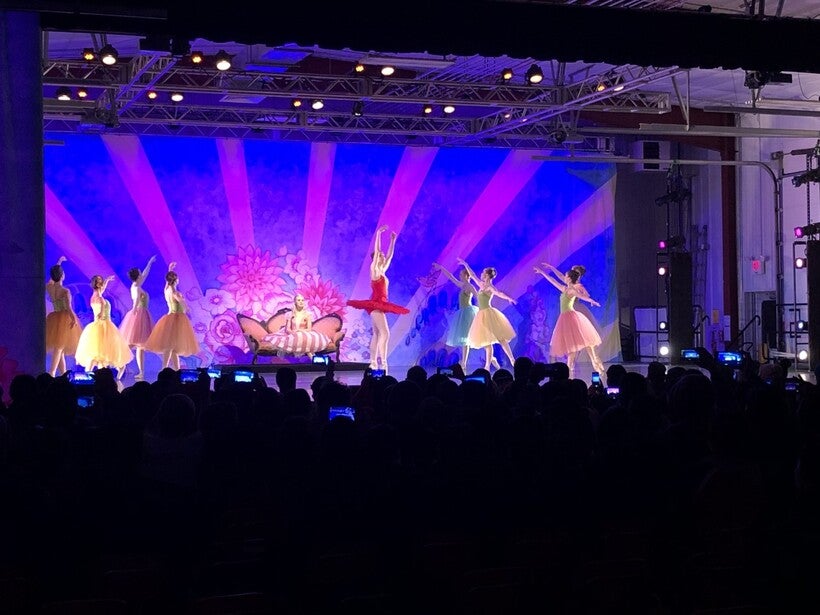