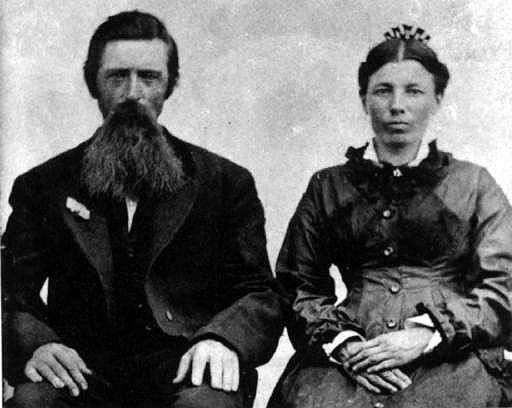 Ma And Pa Ingalls Married This Week In 1860

Caroline was born in 1839 in Brookfield. Her father, Henry, died in a shipwreck on Lake Michigan in 1845. Her mother remarried and the family moved to Concord in Jefferson County, where Caroline became a teacher at 16 and met her husband Charles.

Charles Ingalls had been born in Cuba, New York, in 1836. His family moved west in the 1840s seeking new opportunities. The Ingalls eventually landed in Concord, where they met their neighbors, the Quiners. Charles and Caroline remained in Concord in the early years of their marriage. In a letter to her sister Martha in 1861, Caroline described the epidemic of scarlet fever that nearly killed their mother: "Mother is quite well at present. Two of her fingers on her left hand she cannot use much … she was of a scarlet red from head to foot and of a burning heat, and when she began to get better the skin came off all over her. She could peel it off in large pieces … she suffered much. You cannot imagine nor I describe how much."

Caroline went on to write that she and Charles were doing well. They had planted hops (Waukesha and Jefferson counties along with Sauk County were big into hops in the 1850s and 1860s) and worked hard to get them all picked and pressed.

The Ingalls soon decided to move, following Charles’ family to Pepin, where their first child, Mary, was born in 1865.  Laura was born two years later, in 1867, also in Pepin, which would later become famous as the "Big Woods."