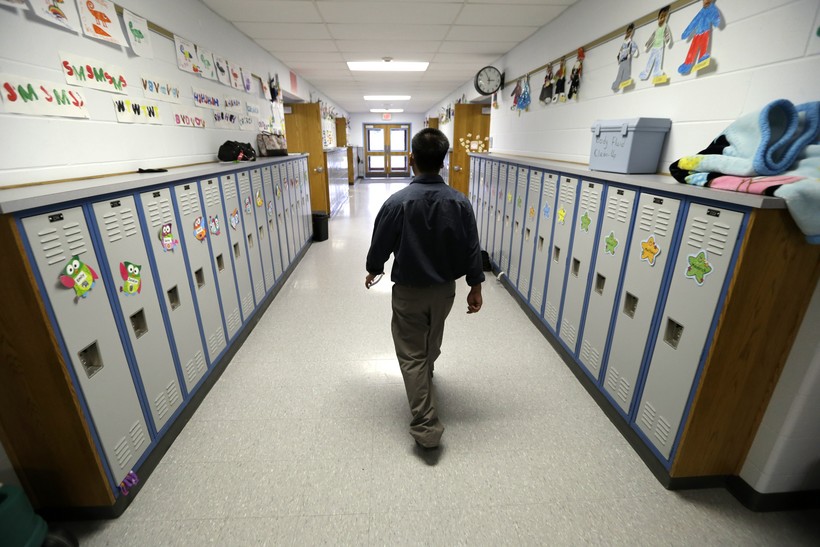 Voters Approve Referendums For About A Dozen Schools That Could Have Been Hurt By New State Law Designed To Help Them
By Danielle Kaeding
Share:

The pressure was on for about a dozen low-spending school districts that asked voters for their approval to raise property taxes through referendums Tuesday night because a new state law designed to help those schools had doubled the stakes.

"Any of those major infrastructure kinds of projects that we’re looking at here are going to cost significant dollars to be able to do that," he said. "I think at least for this first year this initial year of passing the referendum and having the availability of additional dollars we will probably take full advantage of both of those for now."

Nine school districts already had failed referendums in the last three years before this week’s election, including Howard-Suamico Schools, according to Superintendent Damian LaCroix.

"We wouldn’t have qualified for those new resources for another three years so we really had no choice but to go back to referendum and hope to get the supporting and backing of the community," LaCroix said,

Voters approved a $5.8 million operating referendum for Howard-Suamico over the next five years. LaCroix said it was yet to be determined whether the district would also take advantage of raising revenues without voter approval in addition to the operating referendum.

"Having flexibility and options within the development of the budget only helps us in that regard," he said. "At the end of the day, there’s an expectation both on the part of the board and the community that we strive to keep that tax rate as level as possible."

Merrill Area Public Schools Superintendent John Sample said a majority of voters also signed off on an operating referendum that would allow the district to exceed revenue limits by $2.5 million each year for the next four years. However, he said they’re not looking at raising any additional revenues as a low-spending district at this time.

"We did promise our voters that it would be an estimated — with approval of this referendum — it would be an estimated $6 increase on a $100,000 property value," he said. "That’s the promise that we made, and that’s the promise we need to keep because in order to maintain that trust with our best partner — the community — we need to stay true to that for four years."

Voters passed referendums in all of the districts that were immediately at risk of losing aid under the new law.

Westby Schools Superintendent John Burnett said their $1.725 million referendum passed with 58 percent of the vote. He said the move was necessary to maintain the current level of services in the district.

"Operating referendums have become the norm for many school districts," Burnett said.

There were 66 referendums on the ballot this week.