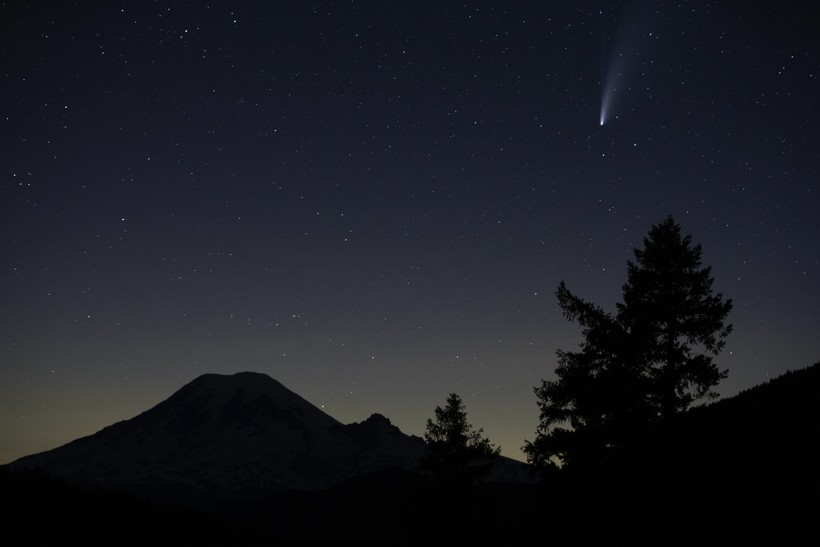 The Comet Neowise appears in the night sky above Mount Rainier, Saturday, July 18, 2020, near Packwood, Wash. The comet is expected to be visible from earth most of the rest of the month before continuing on its nearly 7,000 year orbit around the sun. Ted S. Warren/AP Photo

Low In The Sky: Catch Neowise Comet Before It Dims

Tips For Finding The Comet And Other Celestial Objects In The July Night Sky
By Elizabeth Dohms-Harter
Share:

The night sky is giving us many good reasons to look up this summer.

From Neowise, the recently-discovered comet that's only viewable every few thousand years, to the annual Perseid meteor showers, there's a lot to watch for in the evening and early morning skies, said Jim Lattis, director of the University of Wisconsin Space Place.

Lattis walks through the summer sky's brightest objects, and gives tips for where and how to see them.

Although it's getting harder to see now, Neowise has been a skywatcher fan favorite this summer. Neowise was discovered in March by an orbiting observatory. It's a new one for this celestial epoch because it takes thousands of years to make a full orbit.

The comet made its closest pass by the sun, an event called perihelion, on July 3.

"Since then, it's been climbing out, away from the sun and higher and higher into our skies," Lattis said.

It first appeared in the morning sky but has since transitioned to an evening sky phenomenon, which is good news for those who want to see it. Lattis said the best time to spot the celestial object is between 10 p.m. and 10:30 p.m. in the northwestern sky.

Comets typically have elliptical orbits, which means they come in close to the sun and then recede. Some, like Halley's comet, have very short orbits comparatively, though it still takes about 76 years.

To find Neowise, look low, about 15 degrees above the horizon. One way to measure that is to hold your fist out in front of you, setting the bottom of your fist on the horizon. The top of your fist will be at 10 degrees, so you should see the comet a bit higher than that. The best place to do this is looking out over a lake where the horizon is low.

You also can use the Big Dipper to help orient you. Look for the bowl of the Big Dipper and from there aim your eyes a bit lower, down towards the horizon.

"It's really exceeded the expectations for the comet," Lattis said. "It's quite a bit brighter. Brightness of comets is very hard to predict, but this one has performed nightly." 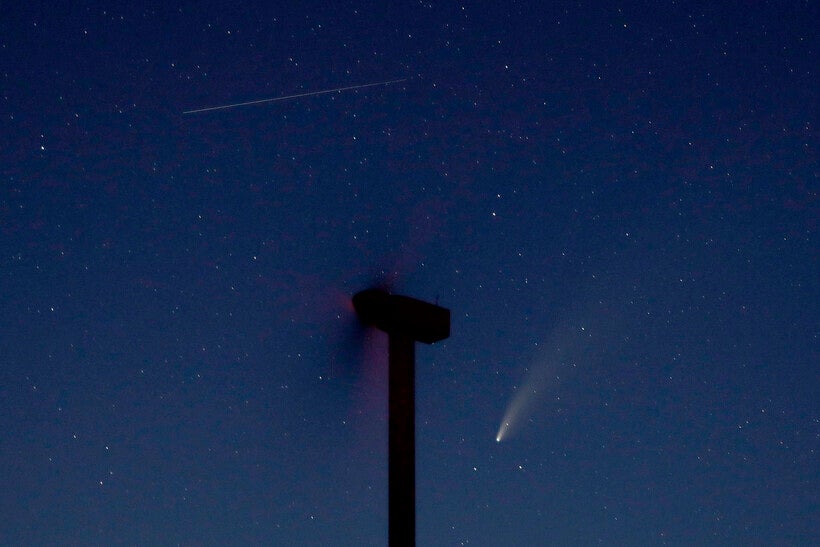 The comet Neowise, below, is seen in the night sky beyond a wind turbine, Saturday, July 18, 2020, near Waverly, Kan. Charlie Riedel/AP Photo

After you've viewed Neowise, turn around and look to the southeast sky. You'll see two planets: Jupiter, and a much dimmer Saturn.

If you have binoculars with you and point them at Jupiter, you might even be able to see its moons

Later, in October, Mars will be in opposition, too. 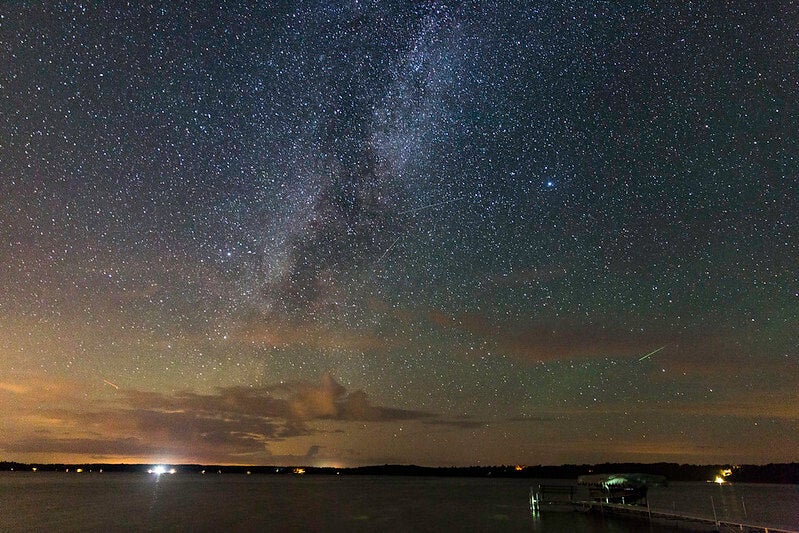 Around the same time each year, the Earth passes through the orbit of a few comets.

Comets leave behind debris, which continues to orbit and tends to spread out a bit. The Earth runs into bits of Perseid comet material annually, with peak activity around Aug. 12 or 13.

The Perseids produce anywhere from 50 to 100 meteors per hour, and they're best to view early in the morning, a few hours after midnight.

In the southern sky, left of Jupiter and Saturn, you'll see another bright object. That's the giant star Antares in the constellation Scorpius. Even at its best, which is right about now, Scorpius sits pretty low on the horizon, Lattis said.

Focusing a bit higher in the sky and to the east, you'll see a triangle of three stars: Vega, Deneb and Altair in the constellations of Lyra, Cygnus and Aquila, respectively. Together, these comprise the summer triangle, which Lattis said dominate the sky through the summer and into the fall. They're probably highest in the sky around midnight.

What To Look For In The July Night Sky 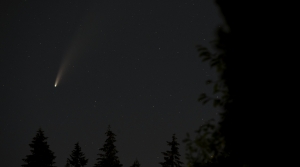 The Comet NEOWISE is making a special appearance in the July night sky as it continues its 7,000-year journey around the sun. We talk about the comet, summer constellations and other celestial objects you can observe the rest of the month.