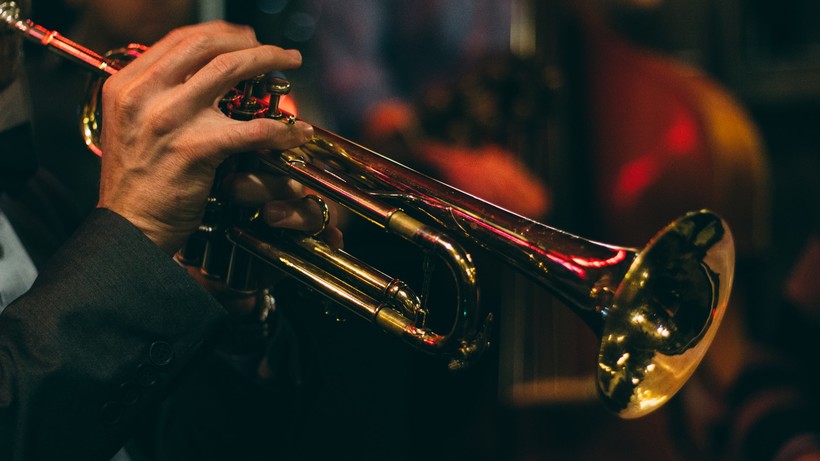 Historian Gwen Ansell On The Hidden History Of Jazz Through The African Diaspora
By Anne Strainchamps
Share:

In the 1960s and 1970s, some of the most innovative and exciting jazz in the world came from South Africa — hard bop and free jazz mixed with township urban dance music. It was experimental, sophisticated and fun.

The apartheid regime hated it.

"It was sonically subversive because it was an assertion of a non-tribal, urban Black identity, and the ideology of apartheid was that that simply did not and could not exist," said jazz writer and scholar Gwen Ansell, speaking on "To The Best Of Our Knowledge."

So the regime tried to stamp it out: "All kinds of hideous and identity-erasing horrors were perpetrated on them when they performed," Ansell said. "There are some fairly famous cases of Black musicians being forced to perform behind a screen while a white musician mimed their notes."

The South Africa Broadcasting Corporation went so far as to re-name Black performers, which Ansell wrote about in her book "Soweto Blues."

It was horrifying, Ansell said in her interview: "You can imagine the psychological impact of erasure that had on Black musicians. It was a form of symbolic annihilation."

Coupled with censorship, curfew laws and the constant threat of real, physical annihilation, a generation of Black musicians went into exile or underground. Some never returned.

The pain of those years can never be erased, but the beauty of the music still lives — and thanks to a spate of recent re-issues, it’s now possible to enjoy more of the music apartheid did not want us to hear.

"The first black South African jazz I ever heard was a combo with, at front, Dudu Pukwana the saxophonist, and Mongezi Feza on trumpet," Ansell said. "This was at Oxford where I was at university, and it was during the period when many highly accomplished black South African musicians were living and working in the United Kingdom. I think everyone I heard blew my mind.

"At the time, the UK was stuck in the groove of what had become a very repetitive and formulaic kind of music, and suddenly here were these new jazz musicians playing experimental music, some free improvisation, music that carried flavors of the Xhosa-speaking peoples of the Eastern Cape, which is where most of the Blue Notes came from."

"The Blue Notes came to Europe for a jazz festival in 1964," Ansell said. "The leader of the band, Chris McGregor, was a white musician who wanted to play non-racial music and was very alarmed by the fact that he wasn’t putting himself in danger — he could live on his privilege — but he was putting the musicians who worked with him in danger. (Under apartheid, it was illegal for black and white musicians to play together). That’s one reason he decided to leave the country."

"In South Africa at that time, Black musicians who wanted to perform in mainstream arenas had to play a white conception of so-called 'tribal music' — they had very limited scope to exercise their creativity," Ansell said. "A lovely story is that of the multi-instrumentalist Ndikho Xava, who said his decision to leave was made in a studio. He was doing a recording session with a band for the South African Broadcasting Corporation, and the producer said to the piano player, 'Just stay on that one note, go ‘ting-ting-ting-ting-ting,’ I don’t want you doing anything else.'"

"Ndikho said, 'That was the point when I realized I could no longer stay with this degenerate artistry.'

"That was his crunch point. He didn't get out until a few years later, but that was when his decision was made."

"The only music that ever got played on the radio in South Africa was stuff that fitted the commercially and ethnically constrained formats of the white regime," Ansell said. So the more creative and experimental South African music, like the work of Philip Tabane, was never played. Tabane’s mother was a funeral singer. He learned a lot of very deep traditional styles from her, and actually played in a space where he also improvised in ways that Western ears could identify with."

"One of the most famous jazz records ever made in South Africa is Winston Mankunku’s Yakhal’ Inkomo," Ansell said.

"'Yakhal’ Inkomo' means 'the bellowing bull,' which was a nice, rural-sounding title that didn’t upset the censors. But Mankunku himself said to me that after shows, people would come up to him and say 'Don’t worry, brah, we know what you’re singing about.' The song, he said, was for the Black man’s pain. The bellowing was the sound of a bull being led to slaughter.

"It’s an instrumental piece, and for many South African horn men, the horn was an extension of the human voice. The tune fragments into two different tempos, two blocks of musical sound, and in the parts where Mankunku features, there is this astounding, roaring, anguished cry from his saxophone, which you have to hear to understand," Ansell said.

"The conditions were appalling because of the way the white studios were run. Black musicians came in at night and they were given one take. They were tired, everybody in the studio was tired, and the engineers would say really dismissive things like, 'Finish up, I want to get home. Why are you wasting time?' They got one take only and that was it. No dignity, no recognition of their creativity as artists — that was what they lived with. It is so inspiring that people were able to create new music of the beauty of something like 'Yakhal’ Inkomo' under those conditions."