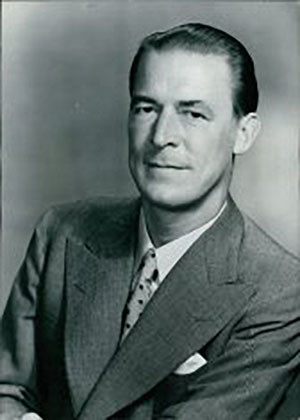 As an established concert pianist, Cyril Smith was accustomed to overcoming the routine obstacles that inevitably arose during performances in England. In 1937 he was invited by the British Consul to undertake a six-week swing through Denmark, Sweden, Austria, Hungary, Czechoslovakia, Yugoslavia, and Romania. With the honor of his first tour of the Continent came the responsibility of representing all British musicians, which became a challenge when he encountered a remarkable piano.

By the time he arrived in the Romanian city of Cernauti, winter cold had set in with a vengeance. The piano he was to play was kept in an unheated room in a music shop, tuned just before the concert, and then brought into the warmth of the opera house. When Smith began playing, it became apparent that an hour or two of heat had stretched the strings enough to drop the pitch three semitones. The first piece was in C major, but sounded like A major.

The result was what Smith termed “an agonizing evening.”

The last piece on the program was a polonaise by contemporary composer Arthur Bliss, and Smith recalled that “this very modern composition sounded like nothing on earth on my flat piano.” The performance was not the desired representation of British music and musicians.

When the end of the concert finally came, the entire audience stood up and hissed.

Smith beat a retreat to the exit, but in the wings somebody intercepted him and pushed him back onto the stage. Even though he sympathized with the displeased crowd, or mob as it now seemed to be, Smith said that he had no desire to go back out and face them again. Then someone explained that the audience wasn’t hissing, but shouting “Bis!” by which they meant “Encore!” So with mixed emotions, Smith returned to do battle with the piano again.

Cyril Smith tells the story in his 1958 reminiscence Duet for Three Hands.