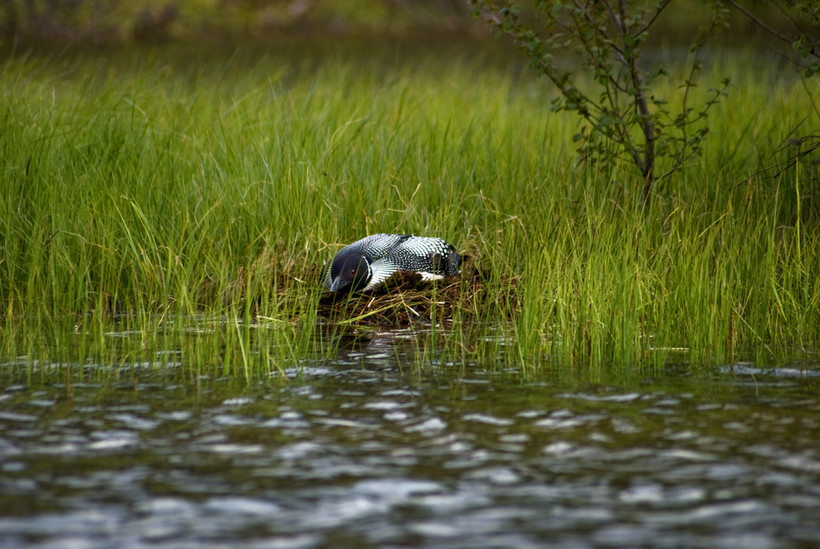 The rate of loon nest abandonment is at its highest in decades. Photo: KSI Photography (CC-BY-NC-ND).

Estimated 70 Percent Of Nests Have Been Abandoned
By Glen Moberg
Share:

An outbreak of black flies in northern Wisconsin is causing nesting loons to abandon their eggs in record numbers.

The loons are being affected by a larger-than-normal swarm of one specific species of black fly, according to Chapman University researcher Walter Piper.

“2014 has been a devastating year for black flies,” said Piper. “There is a species, simulium annulus, that is a specialist on attacking and taking blood from loons.“

Piper said the long winter and late spring have produced more flies than usual just as the loons were nesting: “A late ice-out and a late snowmelt is part of what causes a large population of black flies, and for the black flies to come out when the loons are incubating,” he said.

Piper said the flies are making it impossible for many loons to sit on their eggs.

“It’s horrendous to watch,” said Piper. “The flies simply feed at will on the loons' heads. And (on) a loon that has been incubating, you can see their feathers are all ruffled from the welts that they've gotten.“

An estimated 70 percent of nests have been abandoned. Piper says it's the worst he's seen it in 22 years of studying loons in northern Wisconsin.

“The highest rate that we had previous to this was something in the range of 30 percent,” said Piper. “We've more than doubled that rate of abandonment, so that’s why I say it really, truly has been a devastating year.“

Piper said the loons will try again in a few weeks, and may have better luck if the fly population has gone down.