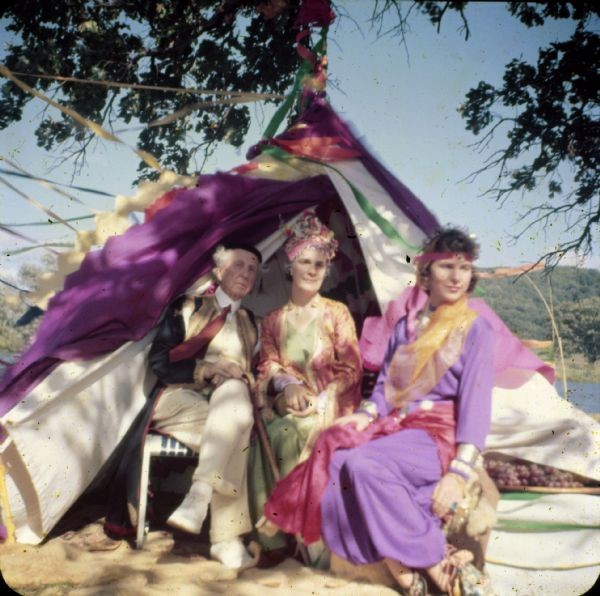 A Look At Frank Lloyd Wright's Legacy On His 150th Birthday

The writer, interior designer and educator designed more than 1,000 structures in his lifetime, and his Taliesin Fellowship, now known as the Frank Lloyd Wright School of Architecture, continues to train architects to this day.

Born in Richland Center on June 8, 1867, to music teacher and minister William Cary Wright and school teacher Anna Lloyd Jones, Frank Lincoln Wright (he later changed his middle name to Lloyd to honor his family’s Welsh heritage) had a peripatetic childhood as his father took ministry positions in Rhode Island, Iowa, Connecticut and Massachusetts before settling in Madison where Wright’s father opened a music school.

His parents divorced in 1885, and Wright went to work for the dean of the University of Wisconsin’s department of engineering while also attending classes to help support his family.

Wright knew he wanted to be an architect, and in 1887, he left school for Chicago, eventually landing at Adler and Sullivan where he worked directly under Louis Sullivan. Wright experimented on the side with shapes and his own designs, using his own Oak Park home as a laboratory.

He soon began accepting independent residential work to help pay for his growing family and increasingly more expensive lifestyle. Sullivan was furious when he found out, and the two men parted acrimoniously.

Whether he was fired or quit, Wright’s split with Sullivan led him to start his own firm in 1893. It also allowed Wright to further develop and refine organic architecture for which he is still known to this day. He was determined to create a wholly American style of architecture that was not beholden to the Old World.

Some of the notable Wright buildings in Wisconsin include the S.C. Johnson and Son Administration Building and Research Tower in Racine, Taliesin in Spring Green, the Unitarian Meeting House in Madison and the Wright design based Monona Terrace in Madison.

Besides his designs, Wright was also well known for his tumultuous personal life, large ego and often difficult personality. But he had other sides (if the above image wasn’t enough to convince you).

In 1942, William T. Evjue, editor and founder of Madison newspaper the Capital Times, visited Wright with some friends on a beautiful fall afternoon. Wright gave them a tour of the property and then invited them to a dinner "cooked by the young men and women of the fellowship" featuring food largely grown on the property.

When it came time for dessert — pumpkin pie — Wright asked "longingly if he could have a second piece of pie."

Infamous for telling his clients what they can and can’t have, it was, instead, Wright whose desires were curtailed by his wife, Olgivanna.