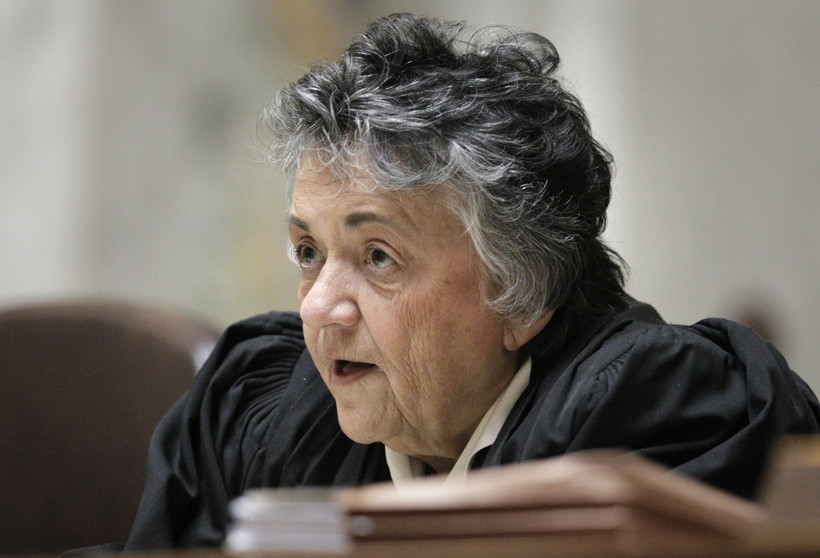 First Woman Ever To Serve On Wisconsin's Supreme Court Has Held Seat Since 1976
By Shawn Johnson
Share:

Wisconsin Supreme Court Justice Shirley Abrahamson, who has served on the court for more than 40 years, announced Wednesday she won't seek re-election in 2019.

Abrahamson, 84, was the first woman to ever to sit on the court after she was appointed to the bench by Democratic Gov. Pat Lucey in 1976. She won four statewide elections to keep the seat and served as the state's chief justice for nearly 20 years.

In recent months, Abrahamson has heard oral arguments via telephone while she's undergone medical testing, according to the Milwaukee Journal-Sentinel.

In a written statement released by her office Wednesday, Abrahamson did not address any health concerns, saying only that it was a difficult decision not to seek another term. 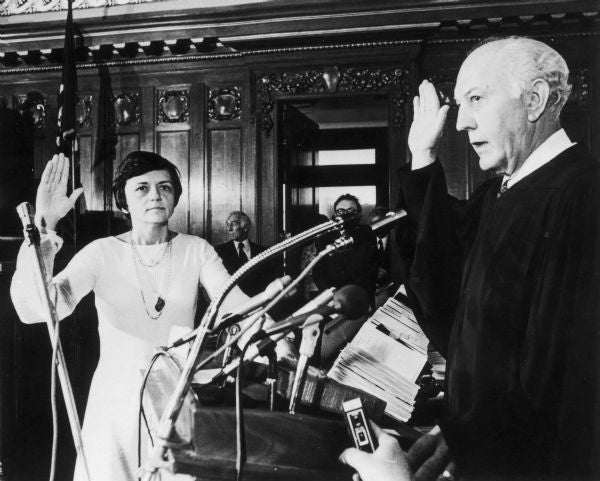 Shirley Abrahamson, the first woman to be appointed as a Justice of the Wisconsin State Supreme Court, takes her oath Sept. 7, 1976. Wisconsin Historical Society

Abrahamson is one of just two liberals on the court compared to five conservatives. A third liberal, Justice-elect Rebecca Dallet, was elected in April and will join the court this summer.

The lopsided conservative majority has led to Abrahamson writing dissents in recent years on landmark cases, from the court's decision to uphold Wisconsin's voter ID law to the decision to shut down an investigation into Gov. Scott Walker's campaign.

Abrahamson said she will serve out the remainder of her term, which ends July 31, 2019.

"Until then, and as I have done for my entire judicial career, I will continue to express my point of view," Abrahamson said. "I will do so on the bench. And, if principles and values integral to the great state of Wisconsin and its courts continue to be challenged, I will also express my views off the bench, if necessary and as appropriate."

Abrahamson's departure will set off a skirmish for her seat next year, which Democrats will need to hold if they want a chance at reclaiming the court's majority in the 2020 election.

"I thank Justice Abrahamson for her service and longstanding commitment to the citizens of Wisconsin," Neubauer said in a statement. "Her legacy will be top of mind as I explore a run for the Supreme Court, and I intend to consult with colleagues, friends, and family, in order to make a decision about a campaign quickly." 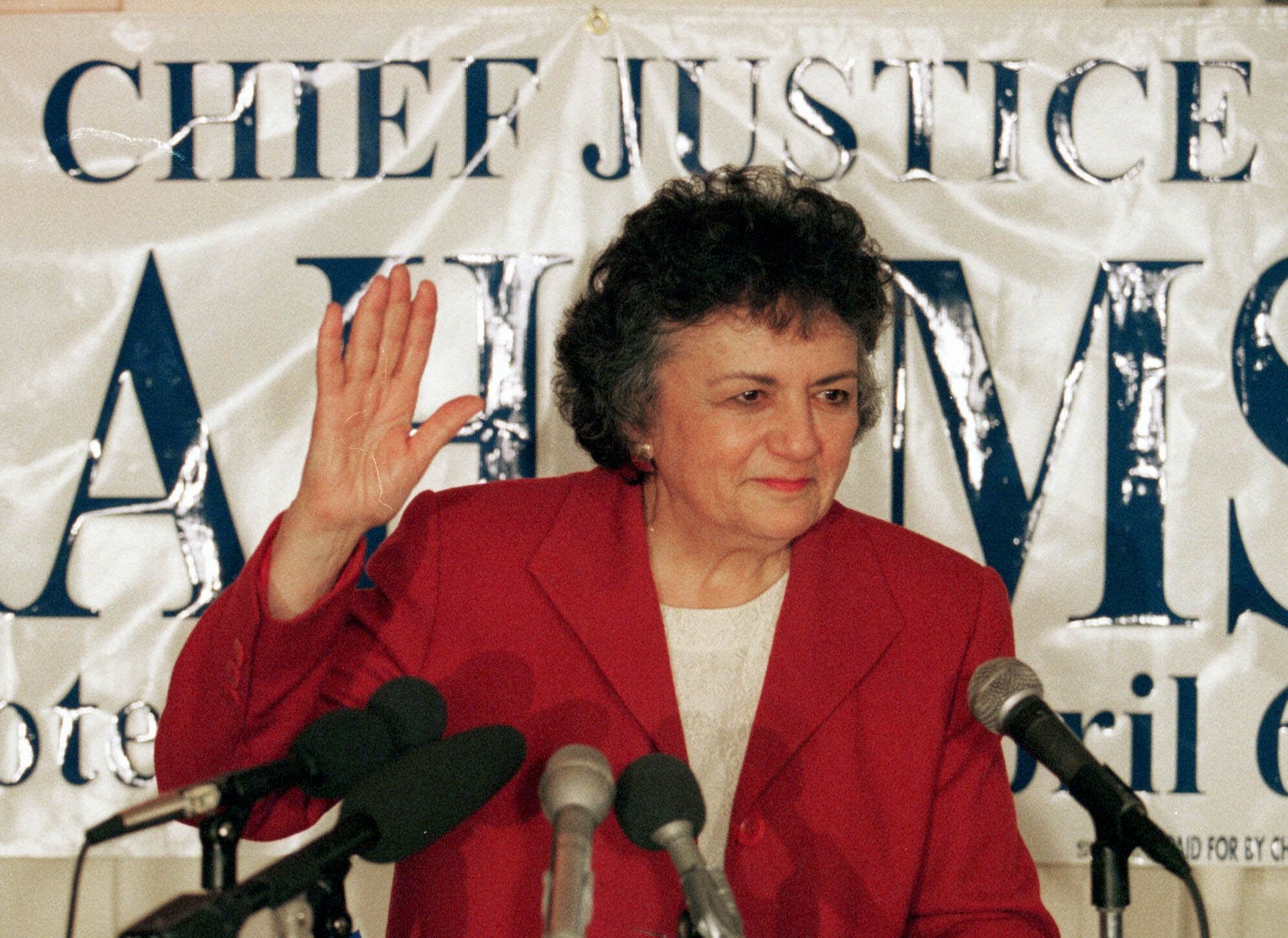 Correction: An earlier version of this story incorrectly named Justice-elect Rebecca Dallet, who will join the court later this summer. The story has been corrected.