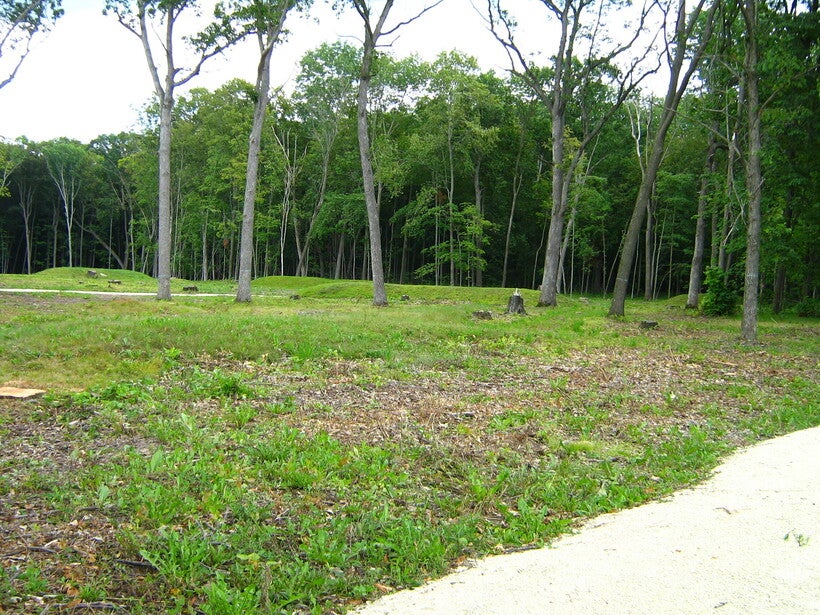 Wisconsin will soon have a new state park. Kind of.

While the 22-acre Lizard Mound Park in Farmington was first designated as a state park in 1950, the property has been owned and managed by Washington County since 1980.

But earlier this month, the park was transferred back to the Wisconsin Department of Natural Resources in the hopes that the state could provide better long-term protection and preservation of the site’s 28 Native American effigy mounds.

Lizard Mound, which is listed in the National Register of Historic Places, contains one of the largest and most intact effigy mound groups in the country.

Samantha Lindquist is the DNR’s Kettle Moraine State Forest-Northern Unit superintendent who will oversee Lizard Mound Park. She said it won’t be run like a typical state park.

As a burial ground, the Lizard Mound area is considered sacred by Native people. The Ho-Chunk are one of several tribal nations working with the DNR on plans to properly manage the park and preserve the mounds. 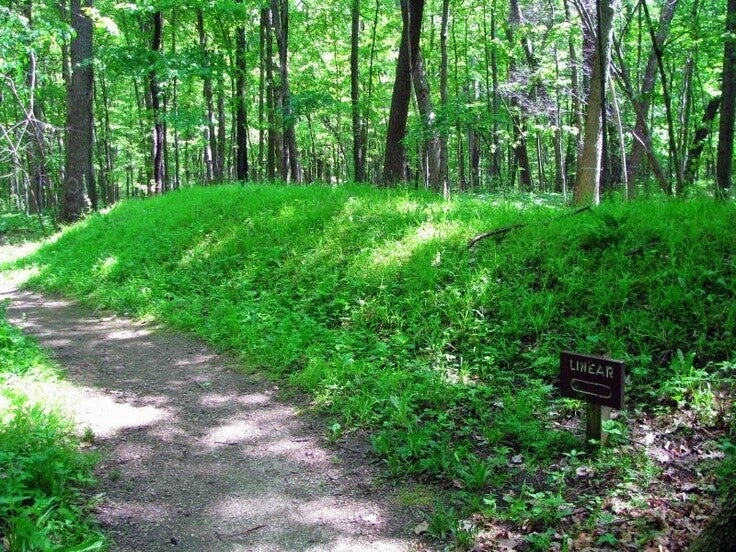 Effigy mounds were built by the archeologist-termed Late Woodland people anywhere from 800 to 1,500 years ago. The earthen sculptures were built to resemble spirits or animals and were generally used for respectfully burying the dead, often on hilltops or near bodies of water.

"These would be constructed to bury revered members of the traditional society," Ryan Greendeer, Ho-Chunk public relations officer, said.

The Ho-Chunk consider the mound builders to be among their ancestors. While conical and linear mounds can be found throughout the Midwest, effigy mounds are unique to southern Wisconsin — the ancestral homeland of the Ho-Chunk people.

Bill Quackenbush is a tribal historic preservation officer for the Ho-Chunk Nation.

"The sites that they are placed on have been connected to our history and culture for many, many, many more years, other than when the mounds came onto the scene," Quackenbush said. "The protection of these sites is something simple to do, but something very complex and hard to do just the same, because we don't live in a day and age where our grandmother the earth, they say, takes care of them readily."

Quackenbush said there were as many as 28,000 mounds in Wisconsin at one point, but many have been lost to the development of roads, houses, farmland and even Christian cemeteries.

"They're not making more effigy mounds and so every time we destroy one or we adversely affect one, it continues to chip away in the road at something culturally that was significant to this part of the world," Quackenbush said. "And it's not just Ho-Chunk history. It's our history. It's Wisconsin's history. It's mankind's history."

As sacred burial sites, the mounds are protected under state statute, but Quackenbush said it takes work to ensure agencies uphold and enforce protection policies. And, he added, maintaining mounds can be expensive and time-consuming, which is why he’s happy to see the DNR stepping in at Lizard Mound.

Protecting and preserving the mounds

The Ho-Chunk, among other tribal nations, have been advising the DNR on how to properly maintain the existing mounds at Lizard Mound. This includes everything from lawn mowing practices to cultural sensitivity training for park staff.

"The key to taking care of burial sites and other sites of cultural sensitivity is through experience," Quackenbush said.

One of his recommendations is for the DNR is to train long-term groundskeepers rather than hiring seasonal staff.

Lizard Mound has a short, limestone-surfaced hiking trail that winds throughout the park and along the mounds. Part of the planning process will involve figuring out a way to bring visitors in without damaging the mounds.

"We ask people to take a few steps and create a buffer zone around that area, just so that it doesn't get trampled," Greendeer said.

Greendeer added that leaving the area around the mounds unmowed can be an effective strategy.

Lizard Mound is one of several Wisconsin state parks that includes mounds. Aztalan, Lost Dauphin, Wyalusing, and Copper Culture, among others, provide some models for management. But Lindquist said she wants to do even more.

She wants to develop a more robust interpretive center that will teach visitors about mound-building practices and Indigenous history, and she’s looking at Illinois’ Cahokia Mounds as a model.

"These mounds are in really great condition. We've got some work to do … but if somebody has interests in this sort of cultural history, this is a well-preserved site worth visiting," Lindquist said.

The gates to the park are closed as the DNR assesses the property and awaits official redesignation as a state park. But Lindquist said visitors can still enter on foot between 6 a.m. and 11 p.m. daily and the gates are scheduled to reopen for vehicles May 1. 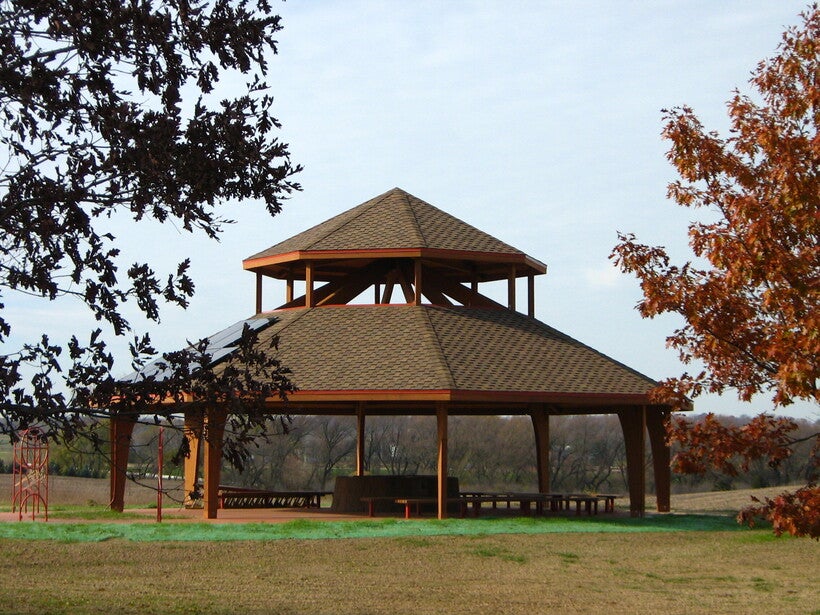 For state park groupies aiming to visit every Wisconsin state park, the addition of Lizard Mound means another trip.

When the coronavirus pandemic interrupted her 2020 travel plans, Madison resident Renee Pierpont Hable was looking for adventures closer to home. One day she and her husband, Fred, decided to go hiking at Governor Dodge State Park near Dodgeville.

That one trip inspired others. They bought a state park guidebook and started collecting photos and park brochures from each visit. By 2021, they had been to all 49 state parks.

"It’s been really fun just learning and seeing more about what our state has to offer," Hable said.

And now they have one more park to add to their list. But Hable’s somewhat of a purist.

"We'll be heading over there as soon as that designation gets into place," she said.

Jenna Byom is another Madison resident who made it her mission to visit every state park when she found herself furloughed during the pandemic.

The interior designer even started her own Etsy shop where she sells state park-themed gifts and a Wisconsin state parks checklist map, which now has to be updated to include Lizard Mound.

"I’ve got to add it to my map so I can, you know, stay true to my word that I've been to all the state parks," Byom said.

She has plans to visit Lizard Mound in the next week or two and is excited about the addition.

"I think that'll be neat," Byom said. "I really liked Copper Culture State Park, High Cliff, Wyalusing, Aztalan. All are burial sites… which I find really interesting. So I think it'll be a fun addition to the park system … I love learning about that."

Wisconsin state parks saw a surge in visitors over the pandemic, which Greendeer thinks is a good thing.

"A lot of people are reconnecting with nature, reconnecting with the environment around us and recommitting to the preservation of the natural resources," Greendeer said. "We'll be able to enjoy the beauty of Wisconsin for generations to come."

And Quackenbush hopes protecting and preserving the mounds will help others appreciate their wonder as part of Indigenous history and Wisconsin history. 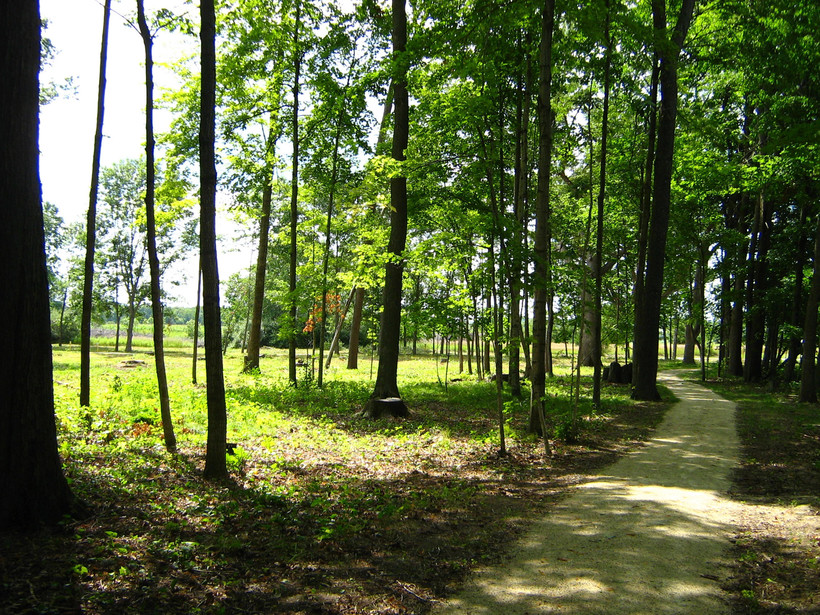