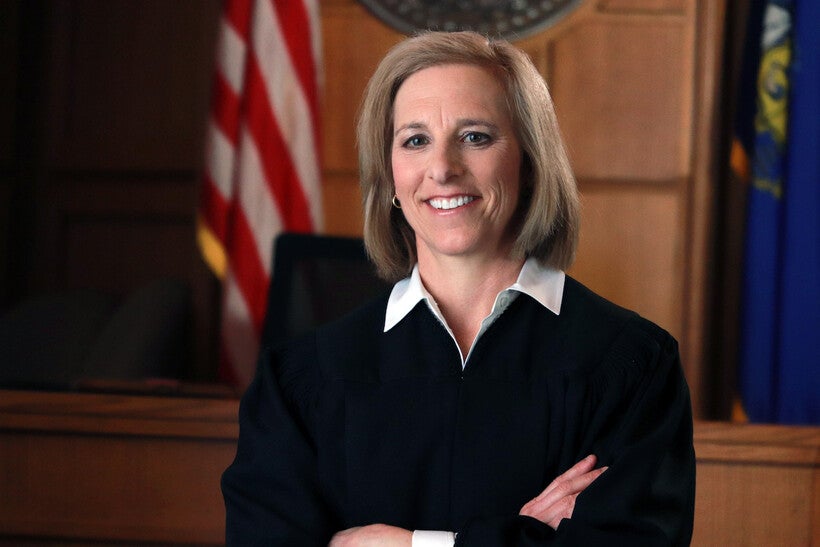 Liberal Justice Jill Karofsky was sworn into the Wisconsin Supreme Court on Saturday, shifting the partisan balance of the court at a time when many high-profile issues, from voter rolls to the state’s response to the COVID-19 pandemic, could come before it.

Karofksy’s swearing-in narrows the court’s conservative majority from 5-2 to 4-3.

The liberal justice joined the court in an usual ceremony that took place as she was completing a 100-mile ultramarathon. Karofsky stopped about 35 miles into her run to be sworn in.

"I am so deeply moved and honored to have the confidence of the people of Wisconsin," Karofsky told a small crowd at the event.

She warned attendees they may not always agree with her decisions, because she will be committed to upholding the law, not issuing opinions based on personal or partisan convictions.

"I'm going to be a justice that makes decisions only based on what the law is, and if some of you are frustrated with me, I think that would be a good thing," she said. "I'm always going to do what is right, that's what I've always done in my courtroom and I've always slept really, really well at night." 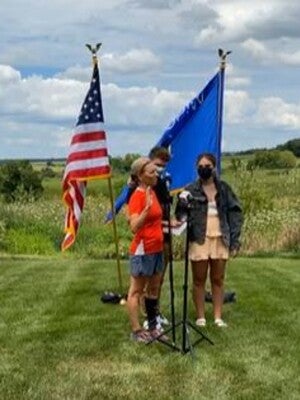 Justice Jill Karofsky was sworn into the Wisconsin Supreme Court in an outdoor ceremony, flanked by her children, on Aug. 1, 2020. Image via Jill Karofsky for Justice Facebook stream

Karofsky was sworn in by fellow liberal Justice Rebecca Dallet, who joined the court in 2018.

"I know that Jill is going to be a fierce and tireless protector of the rights of the citizens of the state of Wisconsin and of the rule of law," Dallet said.

Karofksy joins the court on the same day Gov. Tony Evers’ new statewide mask mandate goes into effect. Any legal challenge to the mandate would likely come before the state's highest court.

Many speculate the governor timed his order to align with Karofsky’s ascension. He has rebuffed that speculation, saying the order was issued after weighing the continued spread of the virus in the state. Wisconsin reported the highest number of new COVID-19 cases in more than a week on Saturday.

The court is also set to hear arguments in the coming months in a high-profile case that could remove up to 129,000 voters from Wisconsin’s voter rolls. The court agreed to hear the case in June but said it will not entertain oral arguments before Sept. 29, which narrows the possibility of a voter purge taking place before Election Day on Nov. 3.

The court has weighed in on a number of other contentious political issues in recent years, including laws passed during the GOP-controlled state Legislature’s lame-duck session in December 2018 and cases that sought to limit the governor’s veto powers.

Karofsky won a 10-year term on the court in April, defeating conservative justice Daniel Kelly, who was appointed to the bench in 2016 by former Gov. Scott Walker. Prior to joining the court, Kelly worked for years as a lawyer in private practice, including on a case that successfully defended GOP-backed legislative district maps Walker signed into law nearly a decade ago.

State Supreme Court elections are often lesser-known, but Kelly and Karofsky's race received high-profile endorsements from Democrats Joe Biden and Bernie Sanders, in favor of Karofsky, and President Donald Trump, who backed Kelly. Trump mentioned his support for Kelly both on Twitter and at a White House coronavirus briefing.

Before her election, Karofsky served as a Dane County circuit court judge.

Given the court’s new 4-3 partisan split, liberals will have a chance to flip control of the court during the next scheduled election in 2023.