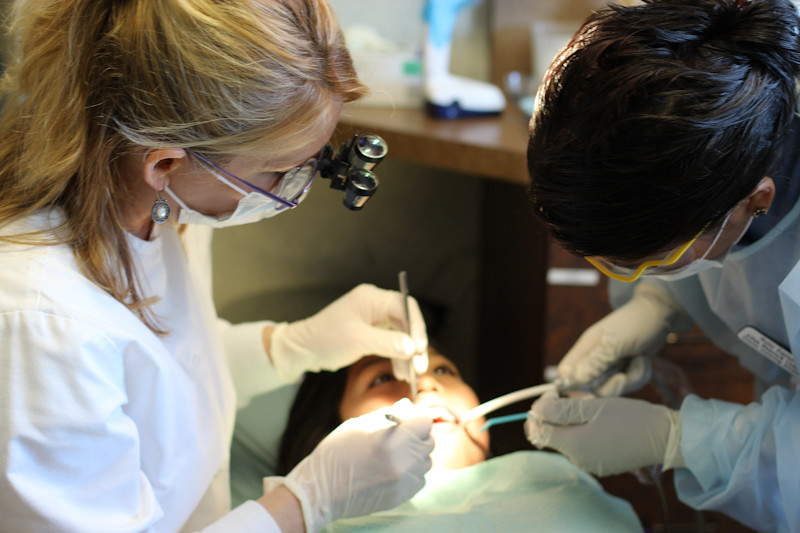 The new report from the EPI shows that nearly two in five workers (39.8 percent) aged 18 to 64 and covered by a union contract work in educational and health services. That includes dental hygienists. Direct Relief (CC-BY-NC-ND)

Legislation Looks To Improve Dental Care Where It's Scarce

Untreated tooth decay among low income children and adults has been a painful, expensive problem across the U.S. and in Wisconsin, which ranks poorly for kid’s oral health.

A bill designed to create more access to dental care will be given a public hearing at the state Capitol Wednesday. The proposal by Rep. Mary Felzkowski, R-Irma, would create a state license for dental therapists, who would work under the supervision of a dentist. They do restorative work like fill cavities and put on temporary crowns.

"This is not going away. This is a movement that’s nationwide," said Felzkowski.

Twelve states allow dental therapists in some capacity. Six have passed laws in the past 12 months authorizing dental therapists to practice in a role similar to physician assistants in medicine, according to the Pew Charitable Trusts.

The Wisconsin Dental Association says the comparison to physician assistants is inaccurate because PAs go to school for a minimum of seven years while dental therapists, under the bill, would get three years of training.

The federal government says 64 of Wisconsin’s 72 counties have a shortage of dentists and Felzkowski says the bill is one of several ways to address that. The bill does not require dental therapists to locate in underserved areas but Falzkowki says there are so many parts of Wisconsin that lack oral health care that the bill is bound to improve access.

A proposal to allow dental therapists was included in Gov. Tony Evers’ budget but was taken out of the final spending plan approved by the Legislature.

The Wisconsin Dental Association argues that higher Medicaid reimbursement for dentists treating low-income patients could improve access along with other incentives to get dentists to practice in rural areas like student loan relief.

More than 60 groups support the dental therapist bill including the Wisconsin Counties Association, Wisconsin Manufacturers and Commerce and a number of health groups.