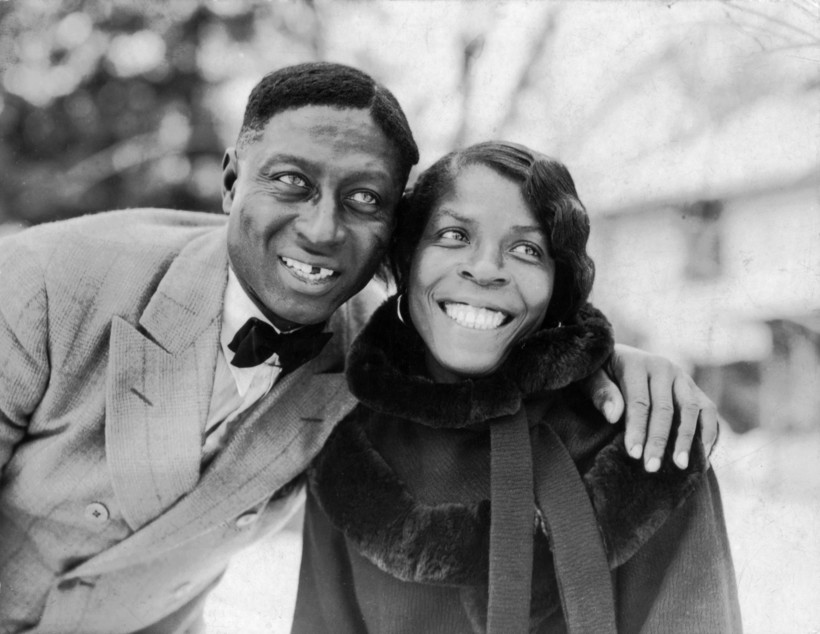 The Legacy Of Lead Belly Remembered

A member of the Rock & Roll Hall of Fame. Favorite musician of Kurt Cobain. The person that Woody Guthrie called the greatest folk singer ever. The musician whose recording of "Cotton Fields" changed the life of Bob Dylan. The performer without whom the Beatles wouldn’t have existed. Lead Belly was all that and more.

Born Huddie Ledbetter in 1889 (or 1888, depending on the source), Lead Belly was an amazing singer, guitar player, songwriter and source of folk music handed down from musician to musician in the South. Originally from Louisiana and Texas, he performed for decades as an itinerant musician before landing in prison for the first time. There he came to the attention of John and Alan Lomax, the father and son team of folk song collectors.

For a time, Lead Belly traveled with them, assisting them in their work, sharing songs he knew and performing. After a falling-out between him and John Lomax, Lead Belly eventually settled in New York City, where he became a key member of the folk music community there during the late 30s and 40s. He fell ill during his first tour of Europe in 1949 and died later that year from Lou Gehrig’s disease (ALS).

Lead Belly’s influence, though, continues to this day. He was such an influence on future musicians, that he was inducted into the Rock & Roll Hall of Fame in 1988. And in 2015, an all-star line-up of musicians paid tribute to Lead Belly during a performance at the Kennedy Center. One of those performers from that evening, Valerie June, shared her version of one of Lead Belly’s best known songs, "Good Night Irene."

Below are just a few examples of Lead Belly’s legacy, with his recording of a traditional or original song associated with him, followed by a well-known cover of the song. It's no coincidence that each of the musicians following Lead Belly, a black man, are white. Such is the story of rock 'n' roll and popular music in the United States.

Lonnie Donegan helped popularize the Skiffle style of music in Britain in the 1950s, which directly led to the development of rock 'n' roll in the 1960s. Here are both Lead Belly's well-known version of "Rock Island Line," along with Donegan's cover which was a hit for him in 1956.

House Of The Rising Sun

"House of the Rising Sun" is an example of a traditional folk song that Lead Belly learned when he was younger and then helped pass on to other musicians, as well as the song-collecting duo of John and Alan Lomax. The British group, the Animals had a huge hit with their version of the song in 1964.

There are many versions of what lyrics to "The Midnight Special" means. Lead Belly supposedly learned the song while he was in prison in Texas. As the legend goes, the song refers to a train coming from Houston past the Sugar Land Prison. If the light of the train falls on you in your cell, you would soon be released from prison: "Let the Midnight Special shine its ever-loving light on me." That ever-loving light certainly fell on Creedence Clearwater Revival, who had a hit with their version of the song in 1969.

"Black Betty" was originally a prison work song, with Black Betty referring to a whip. On Lead Belly's version, you can hear him clapping and making a "heh" sound imitating the sound of the men working. No such sounds can be heard on the over-the-top version by the rock group Ram Jam in their 1977 hit.

Where Did You Sleep Last Night?

Lead Belly played a number of instruments but was known for his powerful and skillful guitar playing. He performed with his large Stella 12-string guitar, which you can hear prominently on this recording, featuring some wonderful bass runs that drive the song forward. Nirvana's lead singer Kurt Cobain said that Lead Belly was his favorite musician, and he even mentions trying to purchase Lead Belly's guitar during this 1993 performance of the band on MTV's "Unplugged," which closed with their cover of this traditional folk tune, following Lead Belly's arrangement. (Just a word of caution that Cobain utters a strong curse word near the beginning of the segment.)

Reality TV Inspired This Poetic Look At People And The Things They Hoard
How Health Care In The U.S. May Change After COVID: An Optimist's Outlook
'All Our Opportunity Was Taken Away': Sanctuary Family Slowly Restarts Life
Biden Will Host Senate Republicans In Bid For Infrastructure Package
'Hacks': A Comedic Generational Divide Gets Bridged, (Jean) Smartly