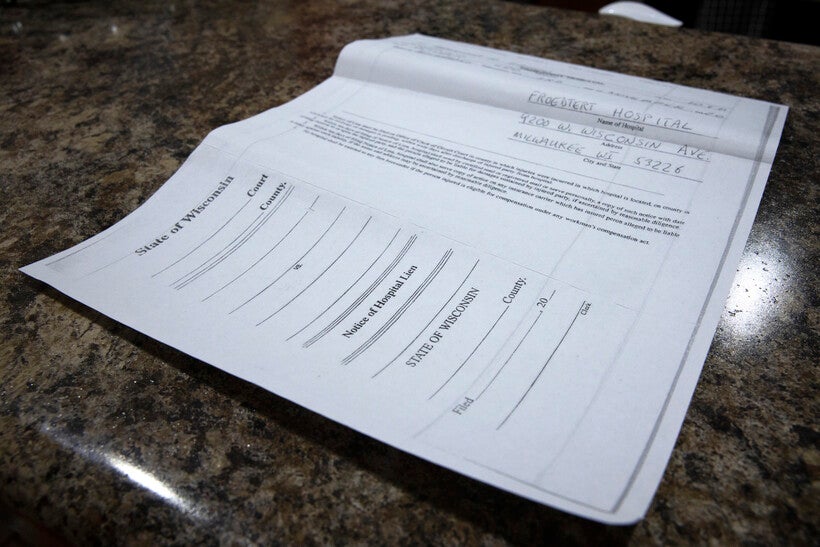 Lawsuits for unpaid bills are on the rise in Wisconsin, according to study of state hospitals

A new study published in the journal Health Affairs shows lawsuits by Wisconsin hospitals against patients concerning unpaid bills rose 37 percent over nearly two decades, but the average size of the lawsuits hasn’t changed much.

The study, done by researchers at Yale and Stanford universities, looked at court records between 2001 and 2018. It found Black patients and those seeking care in rural areas were most likely to be sued.

The study did not give an explanation for the increase in lawsuits, but Tim Size, executive director of the Rural Wisconsin Health Cooperative, said patients with medical insurance are facing higher out-of-pocket costs at a time the state’s rural economy faces challenges.

Size said he thinks a possible reason hospitals take these patients to court is because patients hesitate to negotiate.

"I don’t know if people in rural communities are somewhat less likely to feel comfortable negotiating with the hospital. Patients put off the issue, and it ends up in a lawsuit," he said.

For years, many of Wisconsin’s rural hospitals have had low operating margins which has prompted some to reduce services, merge with large health systems and in at least one instance, seek help from local government.

More recently, the pandemic has taken a financial toll on rural hospitals with those areas in Wisconsin having more COVID-19 deaths than urban areas and some of the highest infection rates from the disease.

The study did not look at lawsuits filed during the pandemic, a practice which some hospitals halted.

"One question for hospitals is, should we keep doing this? If we stopped then, why not now or a year from now?" said Zack Cooper, an associate professor of health policy at Yale and co-author of the study, which appeared in the December issue of Health Affairs.

While the average amount of the lawsuits stayed stable during the timeframe studied — between $2,522 and $3,939 — in 2018, more than half the lawsuits resulted in garnished wages.

St. Agnes Hospital in Fond du Lac sued the most of any state hospital between 2014-2018, with 2,632 lawsuits accounting for more than 7 percent of patient admissions. The next highest total was Mile Bluff Medical Center with 1,763 lawsuits, and Waukesha Memorial coming in third with 1,687 court actions against patients for unpaid medical bills.

Cooper said researchers focused on Wisconsin systems because the state’s court records are accessible. They also needed a state where Medicaid enrollment didn’t fluctuate during the timeframe studied. Wisconsin is one of a dozen states that hasn’t expanded Medicaid under the Affordable Care Act.