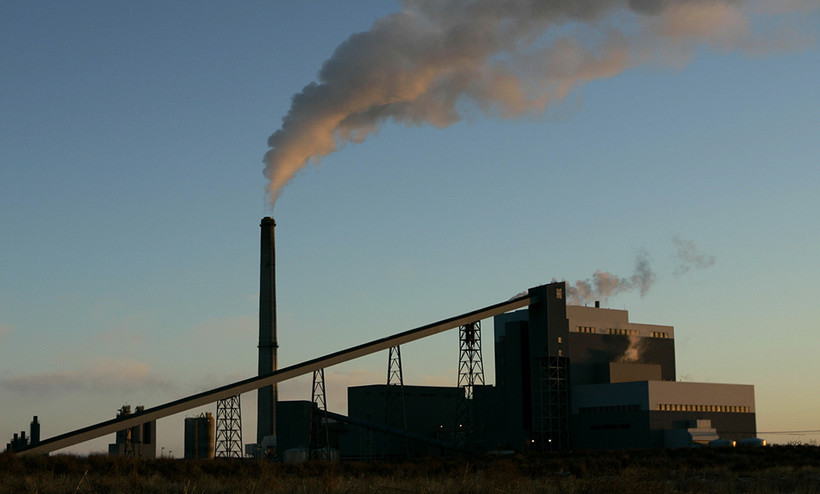 Environmental groups have filed a lawsuit against the Trump administration over its rule that weakens Obama-era requirements to reduce pollution from wastewater of coal-fired power plants.

The waste from burning coal contains heavy metals that can contaminate surrounding waterways and pose a threat to public health.

The U.S. Environmental Protection Agency relaxed requirements of a 2015 rule issued by the Obama administration in August that could have implications for two Wisconsin coal plants. The changes give utilities more time to reduce pollution and allow them to use cheaper pollution control technologies.

The lawsuit, filed by a coalition of environmental groups including the Sierra Club and Natural Resources Defense Council, comes just a day before the presidential election. Thom Cmar, an Earthjustice attorney representing those groups, said the challenge would've been filed regardless of politics.

"Power plants should be required to meet the same standards that every other industry is required to meet and use the technologies that are available and affordable to clean up their toxic discharges rather than putting them into our waterways," said Cmar.

President Donald Trump has tried to assist the ailing coal industry during his first term by reversing Obama-era policies and appointing former coal industry lobbyist Andrew Wheeler as head of the EPA. His Democratic opponent Joe Biden pledges to reach net-zero carbon emissions by 2050 if elected.

The EPA's changes would affect 75 out of 914 plants nationwide — down from 108 in 2015. The change is due in part to plants that have shut down operations as coal has become uneconomical.

The revised rule would not require plants to invest in state-of-the-art wastewater treatment technology if they retire coal-fired units by 2028, said Scott Blankman, director for energy and air programs at Clean Wisconsin.

"They're really giving the industry an unnecessary time extension, in my view, which only increases pollution for these power plants, up until the point in which they are going to retire," said Blankman.

The agency's revisions are expected to save utilities around $140 million each year.

Those changes could allow a couple Wisconsin plants to avoid compliance with the Obama-era rule.

The 2015 rule requires that coal plants meet the Obama-era requirements by the end of 2023. Currently, there are six coal-fired plants in operation with two scheduled to shut down in the next two years, including Dairyland Power's Genoa plant and Alliant Energy's Edgewater facility.

Of the four remaining plants, Alliant Energy has said the Columbia Energy Center will comply with the 2015 rule by the end of 2023 even though it doesn't directly discharge bottom ash wastewater to waterways, according to the Wisconsin Department of Natural Resources.

That leaves three plants that are still working to comply with the 2015 rule, according to Jason Knutson, the agency's wastewater section chief. He said those include Dairyland Power's John P. Madgett facility, Wisconsin Public Service's Weston plant, and We Energies' Oak Creek site.

"Wisconsin DNR has not received any indication from these facilities today, that they would be looking to change their plans that they've already set in place to comply with that 2015 rule," said Knutson.

If utilities wanted to make changes, Knutson said their wastewater discharge permits would need to be modified. Both the DNR and Dairyland Power say changes have already been made to meet the 2015 regulations under its permit by January next year.

WEC Energy Group, which owns We Energies and Wisconsin Public Service, said in its annual report to the Securities and Exchange Commission that advanced wastewater treatment technologies have already been installed at its power plants. But it acknowledged earlier this year that it would need to make changes at its Weston plant in central Wisconsin and Oak Creek units along Lake Michigan to comply with the 2015 rule. The energy company expects it would spend $60 million to meet the Obama-era requirements.

Brendan Conway, a spokesperson for WEC Energy Group, said in an email that the company's power plants are subject to strict oversight that meet state and federal regulations.

"The permits at the Oak Creek and Weston facilities are based on the 2015 rule," wrote Conway. "We are evaluating how this new EPA rule might change the additional wastewater treatment technologies we are designing. However, we believe we are well positioned to meet many of the new EPA (Effluent Limitation Guidelines) rule requirements with existing environmental control technologies."

Cmar said power plants like Oak Creek have been a major source of pollution in the Great Lakes. A Chicago Tribune analysis found the Oak Creek power plant is among the top 10 plants in the country that have released the most toxic metals into surrounding waters.

Conway said the Tribune's analysis was based on old data although information cited by the paper references discharges of metals made in 2019. The utility spokesman clarified that data for 2020 has not yet been updated, which Conway expects will show a significant decrease in heavy metals.

A spokesperson for the Wisconsin Utilities Association did not provide comments on the lawsuit or revised rule.

The Obama administration estimated the 2015 rule would reduce the amount of toxic metals and other pollutants by 1.4 billion pounds each year.