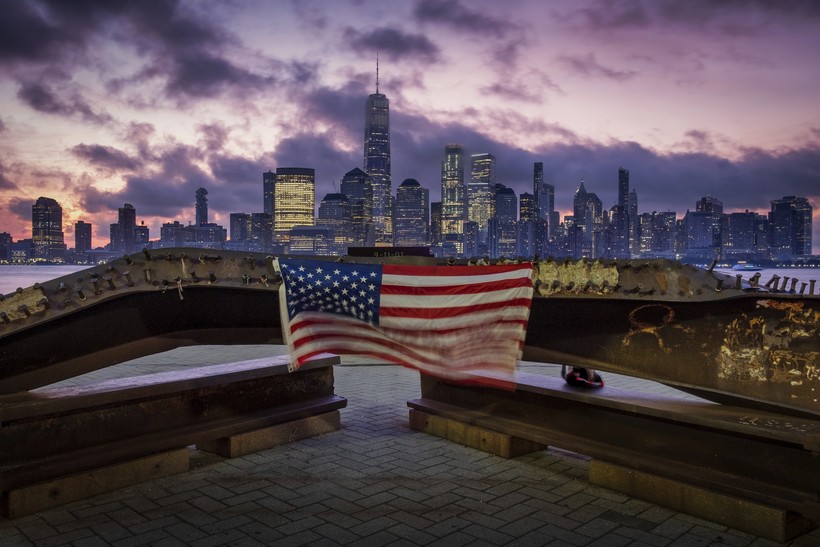 Part of a state highway outside of Kewaskum would be designated as a 9/11 memorial under a new proposal from GOP state lawmakers.

Lawmakers and families of Wisconsin residents killed during and in the wake of the terrorist attacks on Sept. 11, 2001, met Wednesday at the state Capitol to unveil the proposal and mark 18 years since the tragedy.

Under the bill, a portion of State Highway 28 between Interstate 41 in Dodge County and Highway 144 in Washington County would be designated the state’s 9/11 Memorial Highway. The bill would also require the state Department of Transportation to place and maintain signs directing drivers to the highway and an accompanying memorial, which is being constructed in Kewaskum, located about 45 miles northwest of Milwaukee.

The memorial will include a 2,000-pound beam salvaged from the north tower of the World Trade Center. 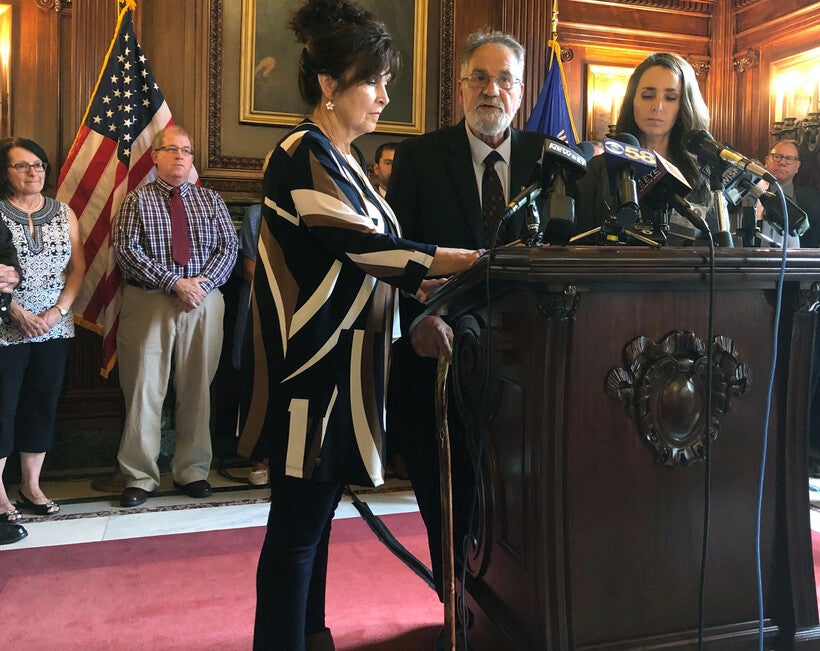 From left to right, Kathy, Gordon and Julie Haberman speak at a state Capitol press conference Wednesday, Sept. 11, 2019, in support of a 9/11 Memorial Highway in Wisconsin. Laurel White/WPR

Farmington residents Gordon and Kathy Haberman lost their daughter, Andrea, in the attack on the World Trade Center. They have championed the construction of the 9/11 memorial in Kewaskum and spoke in support of the highway designation at a Capitol press conference Wednesday.

Reflecting on the day of the attacks, Gordon Haberman said he recalled his fear for his daughter — a "frantic feeling of helpless we felt as we watched along with the country as those towers fell."

Andrea, who had recently gotten engaged, was in New York City on a short business trip.

Andrew and Laura Johnson, whose son, David, died in the military response to 9/11, also spoke in support of the bill.

"This means the world to us," Andrew said. "9/11 is a one-day event for many of you … 9/11 for the Habermans and for the Johnsons is every day. Every day we wake up, we think about this."

Andrew said the memorial is about "going forward" while honoring the memories of those killed.

A 9/11 volunteer, Vicki Milbrath of Helenville, also spoke at the event Wednesday.

"Seeing a situation unfold on a 27-inch TV screen doesn’t prepare a person for the magnitude of the actual scene," Milbrath said.

Milbrath said she will never forget the things she "saw, smelled and heard" after arriving at Ground Zero. She urged lawmakers and the governor to support the proposal.

"We must remember not only on the anniversary, but always," Milbrath said. "Driving on the 9/11 Memorial Highway will be an ongoing reminder of the events of that day, a way for Wisconsin to honor the fallen who so tragically lost their lives through no fault of their own."

The bill is sponsored by Sen. Duey Stroebel, R-Saukville, and Rep. Timothy Ramthun, R-Kewaskum. It being circulated for co-sponsorship among legislators.

Stroebel and Ramthun said they expect strong, bipartisan support and are pushing for passage by this fall.