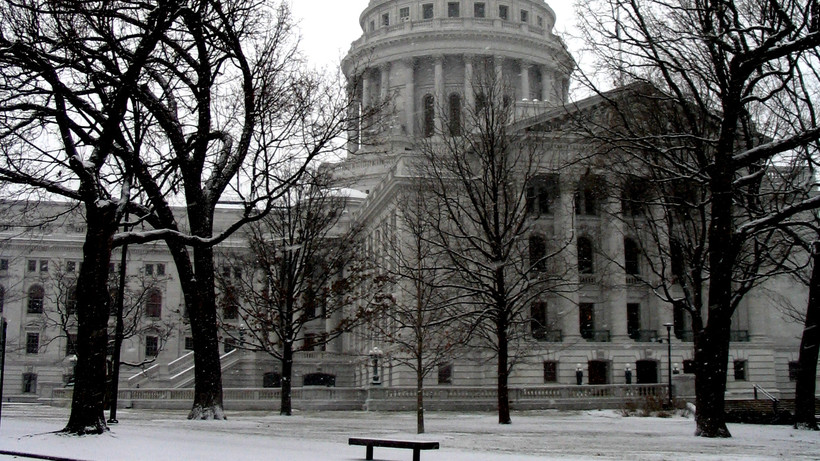 The health care proposal would authorize the state to apply for a federal waiver to offer ACA insurers reinsurance in Wisconsin. Reinsurance would utilize a combination of state and federal money to help insurance companies pay for their most expensive patient claims.

Walker has touted the proposal as a way to help stabilize premiums on the state ACA marketplace.

Supporters of the bill reiterated that argument during the public hearing.

"So what we have to do is look at the current Affordable Care Act — what options do we have as state legislators to see what we can do to make health care the best for our constituents that we represent," Petersen said.

Critics of the proposal said it might not result in lower premiums.

"This proposal does not require health insurance companies to pass on any savings to consumers and even if they did, it would only affect a small percentage of Wisconsinites," said Kevin Kane, lead organizer for Citizen Action of Wisconsin.

The Joint Finance Committee is tasked with approving the bill before it goes before the full state Assembly and Senate because of its price tag. The plan is projected to cost the state about $50 million, with $150 million in additional federal support.

Rep. Katrina Shankland, D-Stevens Point, expressed concern that the federal government wouldn't contribute the amount projected in the proposal, which would lead to more financial strain on the state.

"That money would come from roads, schools, the university system," Shankland said.

As of 5 p.m. Monday, the committee was on pace to hear public testimony later in the evening on Walker’s proposal to allocate $50 million for a fund aimed at supporting economic development in rural parts of the state.

The money would be used for initiatives including low-interest loans to dairies and a new scholarship program for students who take agriculture classes at state colleges. Money would be disbursed through existing state programs, with the payouts overseen by the Wisconsin Economic Development Corp.

The budget committee is scheduled to vote Tuesday morning on both bills.