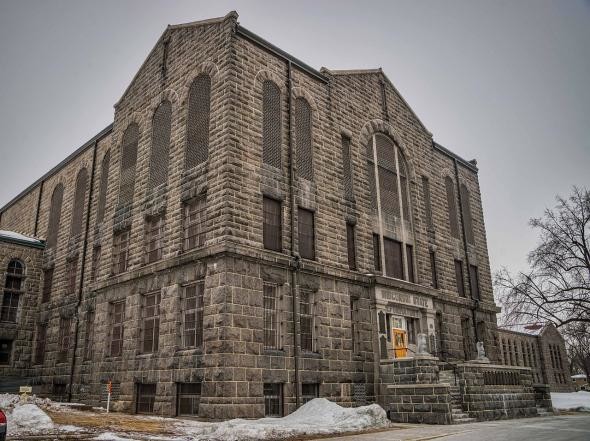 A Republican lawmaker says it’s time to replace Green Bay’s maximum security prison, claiming the cost of building new is less than bringing the current prison "up to code."

Republican Rep. David Steffen is pushing to introduce legislation in the 2017-2019 budget to close the Green Bay Correctional Institution and allow the state Department of Corrections to build a new one.

Steffen’s district includes the village of Allouez, where the facility was built in 1898. The prison, which is on the state and national historic registries, was designed to hold around 750 prisoners. Steffen said 1,096 are now held at the prison.

Citing a 2009 study paid for by the state, Steffen said it would cost $142 million to bring the building "up to code."

Steffen previously told WPR the facility does not use "modern approaches to handling inmates" as it pertains to safety and care. In July, a guard was attacked in the prison's kitchen with boiling water. The prison was on lockdown for a time this summer due to that attack and others.

"In my mind there isn’t any more lipstick you can put on this pig, and there’s only so often you can put 10 pounds into a 5 pound bag," Steffen said. "Right now, we have a tremendous situation of overcrowding, and we have a facility that is at the end of its lifecycle."

Steffen will unveil financial estimates in mid-April. He wouldn’t say if he would support a state-funded or privately operated prison, but said it could be built elsewhere in Brown County or in one of the neighboring counties.

In a written statement, the DOC said it is "committed to providing a safe and secure environment" for staff and inmates. The 2017-19 proposed state budget includes $22.2 million for improvements to the prison.

But Steffen said if money is spent now on building a prison with new technology, it would improve safety and save the state money down the road.

Besides cost issues, Steffen said the Green Bay Correctional Institution sits on valuable land. The prison occupies 50 acres along the Fox River, just off busy Highway 172, and the state owns 10 acres adjacent to the prison. The land is worth an estimated $80 million, Steffen said.

Unlike the state’s other four maximum security prisons, Steffen pointed out the Green Bay facility is in an urban area.

"Less than a mile away are $2 million homes," he said. "... So let’s understand that this is not out in the middle of a cornfield somewhere and has no residual value post de-commission. This is sitting on some of the most valuable land in Brown County."

The prison, near the Fox River with highway access, sits on a parcel that doesn't produce property taxes for the state.

Steffen said it will be at least five years to build a new maximum security prison, if his proposal is approved. But, he said, "Don’t expect to see a U-Haul pulling up to the prison" anytime soon.