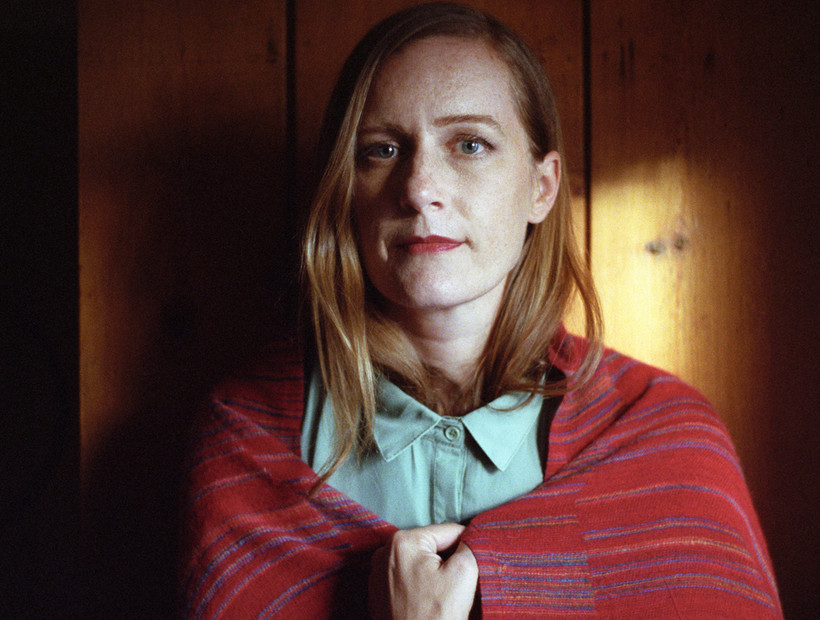 Laura Gibson Shares An Intimate Version Of 'The Fire'

Nothing beats a live performance, and while we can’t provide you with a concert in your living room, we can come close with the musicians who perform in Wisconsin Public Radio’s studio. This month’s 'Simply Folk' download is a great example of that.

Laura Gibson was in WPR's Buck Studio back in March of 2012, talking with then-Simply Folk host Stephanie Elkins and sharing her music, including songs off her album, "La Grande." Her performance of the song "The Fire" was outstanding, and it’s included in Simply Folk’s 40th Anniversary Collection.

This version of "The Fire" is wonderfully intimate, with a simple guitar rhythm and vocals by Gibson to start off. The energy of the song and the lyrics are accentuated by John Whaley's slightly-off-kilter piano riff.

On this album, Gibson was looking for a fuller sound in the song arrangements. She said she was, "excited to kind of flesh out the songs and really dwell on the arrangements for a while, until there's big moments and smaller moments. And I tried to weave a lot of things together to make the sounds I was excited about."

In WPR's studio, however, Gibson was backed by a smaller band. Along with Whaley, she had Bryan Perez on lap steel and bass guitar and Matt Berger on percussion. With the instruments weaving in and out, this stripped down version of "The Fire" emphasized even more Gibson’s unique voice, one that she says has often been compared to older jazz singers.

You can compare the WPR studio version here with the full rendition of the song on the original album:

This fleshed-out arrangement makes for a wonderful recording on the original disc, but the in-studio version here reaches a nice in-between, accenting the energy of the song without overwhelming Gibson’s voice or the quirky push of the keyboard.

Be sure to check out each of the "Simply Folk" download of the month songs here and enjoy your own "live" concert in the comfort of your home!