A Lake Superior Tribe's Ancestors Were Removed From Their Home. Now, They Want Their Burial Lands Back.

A remote strip of land offshore from Lake Superior marks the ancestral home of a tribe that settled there as early as 400 years ago. Today, that history is marked by a small monument, but there aren't many signs left that the freshwater sandbar was once home to a vibrant community.

In 1918, nearly 200 Ojibwe graves were removed from the burial grounds of Wisconsin Point on the western edge of Lake Superior. The site represents the end point of the Ojibwe’s migration story for the Fond du Lac Band of Lake Superior Chippewa. At least seven generations were laid to rest at the Wisconsin Point cemetery, including the community’s leader Chief Joseph Osaugie.

And not only were the dead disturbed in their final resting place. Living tribal members at the time were also uprooted, including Colleen Aird’s parents. Aird, now 97, is a direct descendant of Osaugie. She is among the Native families who want to see the land returned. They got one step closer to their goal Tuesday, as the Superior City Council unanimously passed a resolution to support the transfer of burial lands to the Fond du Lac Band. The lands would be placed in federal trust for the tribe to oversee.

Aird said her mother and father were forced off Wisconsin Point several years after the graves were removed.

"U.S. Steel said they owned it, and then they ordered them all off," said Aird.

The remains of their tribal ancestors were reburied offsite to make way for U.S. Steel’s plans to erect ore docks that were never built. Despite their removal, Wisconsin Point has always felt like home to Aird and her family, who often visit its sandy beaches on Lake Superior.

"It is our ancestral home, even though we couldn't live there anymore," said Pat Nelson, Aird’s daughter and Maple resident. "The work that they have done to make this happen — and I know this is just the beginning — is very emotional for us. It's thrilling." 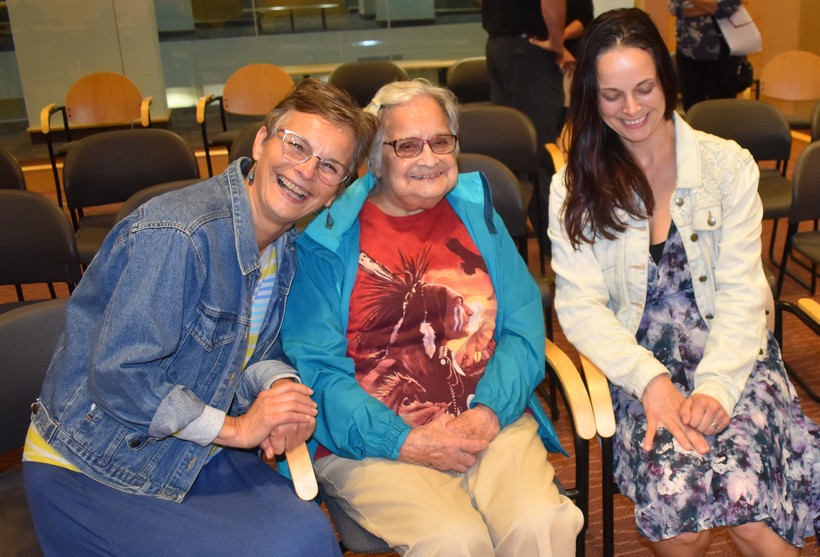 Fond du Lac Tribal Chair Kevin DuPuis told the City Council on Tuesday that the resolution is an important step for the descendants and relatives of those who once called Wisconsin Point home.

"It's not about the atrocities that happened. We know that that's history, and it's not going to change. And, it’s a dark history," said DuPuis. "But, we need to be optimistic in where we're sitting today and move forward with different things and try to find a way and recognize and realize that we're all humans. This is an act of humanity."

For hundreds of years, Indigenous communities have suffered in the wake of European settlement. The federal government penned treaties with tribes, forcing them on to reservations. Native children were taken from their families and placed in boarding schools, barred from speaking their own language. DuPuis alluded to the discovery in May of more than 1,000 unmarked children’s graves at a boarding school in Canada.

"It’s something that we have to recognize existed," said DuPuis.

The proposed land transfer is part of recent efforts to recognize Native American burial sites in Wisconsin. Last fall, a group of activists, including a member of the Oneida Nation, lobbied to install a memorial for unmarked graves that lie underneath the campus of the University of Wisconsin-Stevens Point.

Jenny Van Sickle, the first Native American to serve on the Superior City Council, has been spearheading the land transfer proposal with Fond du Lac Band officials. She was overcome by emotion in the chambers Tuesday as she thanked those involved, saying she could not be more proud to be a part of the effort. 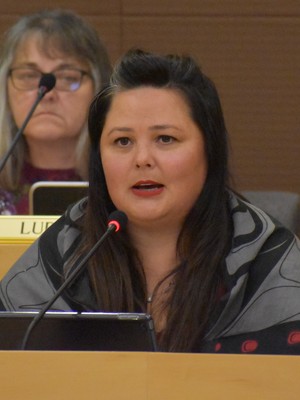 They aim to return lands that include the burial ground at Wisconsin Point, which is owned by the city. They also want to transfer the reburial site at St. Francis Cemetery in Superior along the Nemadji River where human remains have been observed eroding from its banks.

"We're well over 100 years past being able to do the right thing, but we can be accountable today," said Van Sickle in an interview Tuesday.

Van Sickle said they plan to ask the Wisconsin Burial Sites Preservation Board to provide an official letter of recommendation to transfer both sites to the Fond du Lac tribe at a meeting in September. They’re also working with Democratic Wisconsin U.S. Sen. Tammy Baldwin’s office to prepare a petition to transfer the lands for Interior Department Secretary Deb Haaland, who became the nation’s first Native American cabinet secretary earlier this year.

The move has also garnered the support of the St. Francis Xavier Catholic Church in Superior, which owns part of the cemetery where Ojibwe remains were reburied.

"The Congregation of Saint Francis Xavier has worked with members of the Band to encourage their caring for this burial land. Therefore, the Congregation strongly supports the transferal into Trust of this property," wrote Pastor James F. Tobolski in a July 1 letter.

Superior Mayor Jim Paine urged the state’s burial sites board to support the land transfer in a July 1 letter. He highlighted that the new burial ground is not a traditional Ojibwe site and noted that, like many Wisconsin communities, Superior’s history is "stained by unforgettable crimes against the Indigenous peoples that lived on this land before the arrival of Europeans." 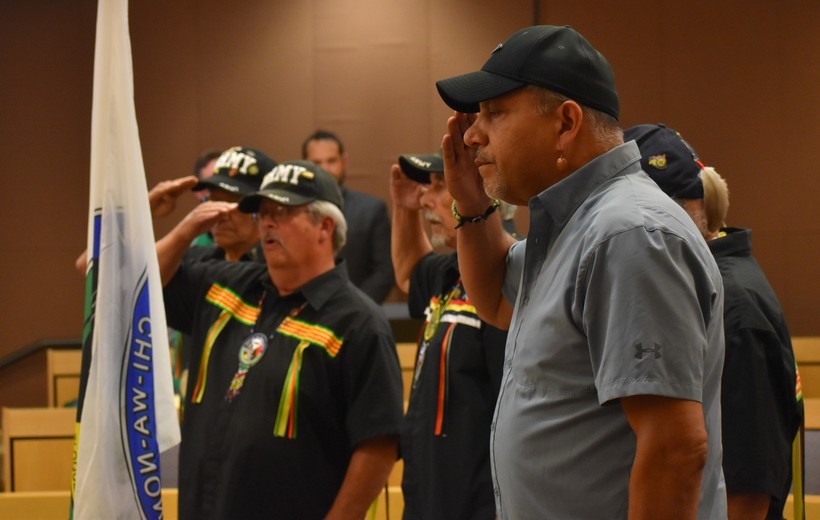 But, few young people are aware of the painful history of tribal communities in Wisconsin and the Great Lakes region, said Chantal Norrgard, assistant professor of First Nations Studies at UW-Superior. She told the council Tuesday that many of her students had no idea of the area’s history.

"We can only begin to realize the grief that this event caused for Fond du Lac people," said Norgaard. "They never forgot this history, but we have."

Norgaard underscored the city of Superior was built on the dispossession of Ojibwe lands that were ceded under federal treaties in the mid 1800s. She said those treaties made it possible for the city and surrounding area to grow and profit from the vast amount of timber and mineral resources that move through the largest port on the Great Lakes. Research indicates 98.7 percent of Ojibwe lands were lost due to the treaties of 1842 and 1854.

The lands proposed for transfer may be a small sliver of what was taken from tribal communities, but Aird said her father would be thrilled to see the lands returned to the Fond du Lac Band of Lake Superior Chippewa.

"I’m sure they’ll take good care of it," said Aird.