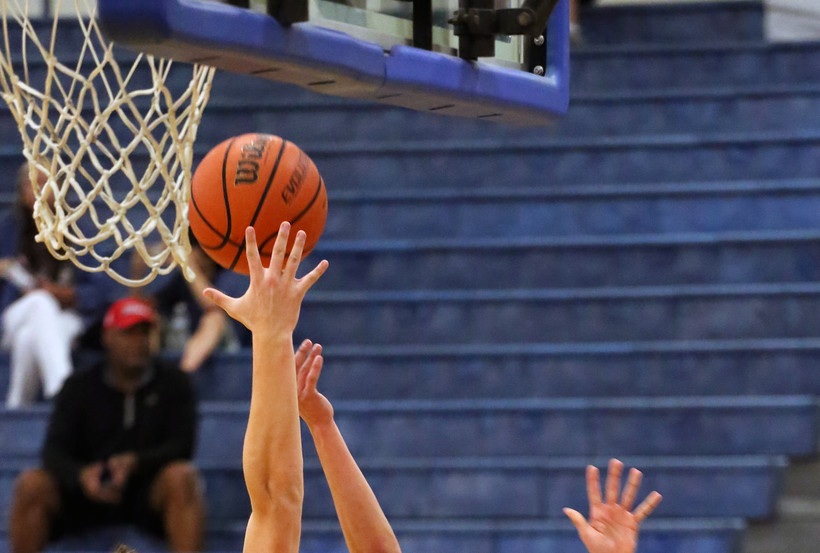 State Athletics Officials Say It's Up To Districts To Decide If, How Activities Can Continue Despite Surging COVID-19 Cases
By Hope Kirwan
Share:

As winter school sports and other extracurriculars start their season, at least one county health department is calling for youth activities to be canceled to help slow the spread of the coronavirus.

The La Crosse County Health Department recommended canceling all in-person events, including youth sports and extracurriculars, in a message to the public last week.

Cutts said the county had 100 COVID-19 cases associated with K-12 schools during the first week of November. Thirteen of those cases were a part of an in-person extracurricular activity.

"That means 13 people participated in it while they were infectious. That doesn’t tell you how many people it spread to in those activities," Cutts said.

It will take two to four weeks before public health officials will be able to see the extent of spread from those cases, she said.

La Crosse County has seen a surge in COVID-19 cases over the last month, with an average of 129 new cases per day over the last week.

Cutts said she does not blame extracurriculars or schools for the increasing spread. She said district administrators in the county have been doing their best to make the right decision based on case data.

But given the current spread and the likelihood that things will continue to get worse, Cutts said youth activities and all other in-person gatherings need to be canceled.

"Not just sports — drama, chorus, debate, speech, whatever that is. If you have to do something in person, we would recommend against that, at least for the time being, because our healthcare systems are about to be beyond their ability to take care of people," Cutts said.

The county health department does not believe they have the ability to force schools or other organizations to cancel events because of the way the Wisconsin Supreme Court ruled against one of Gov. Tony Evers’ emergency orders, Cutts said, emphasizing that it’s up to everyone as individuals to choose to stay home.

"If there was a way that we could (cancel events) and have it be likely that somebody was going to listen to us, we would have done that," Cutts said. "We have to think about the legal ramifications, we have to think about unintended consequences and beyond that. I want to believe that our community will do the right thing. Why do they need an order to tell them what to do if we are telling you our healthcare systems are about to be overrun?"

But whether schools cancel in-person practices, games and performances is largely up to the individual districts.

Wade Labecki, deputy director of the Wisconsin Interscholastic Athletic Association, said some school districts have canceled in-person practices when classes are online, while other districts have allowed them to continue.

"I think we’ll see a lot of what we saw in the fall where a school may shut down and quarantine for two weeks," Labecki said. "We have some schools that are going virtual beginning next week and are going to go virtual until a week or two after Thanksgiving in order to go ahead and kind of anticipate the gatherings that may be occurring with families."

While many fall sports had the benefit of playing outside, Labecki pointed to the girls volleyball season this fall as an example of how winter sports teams can play safely.

He said districts are also reviewing their spectator policies for games, considering restrictions like only allowing people from the home team’s community, a limited number per player or no spectators at all.

Labecki said he understands that the spread of COVID-19 has increased across the state. But he argues canceling all school sports in response would have a negative effect on students.

He points to a study that found reports of moderate to severe depression among high school athletes in Wisconsin were up by more than 20 percent this spring after schools were closed to slow the spread of the virus.

"You have to find a balancing act because by taking away opportunities from kids, you’re creating a vulnerable class there as well," Labecki said.