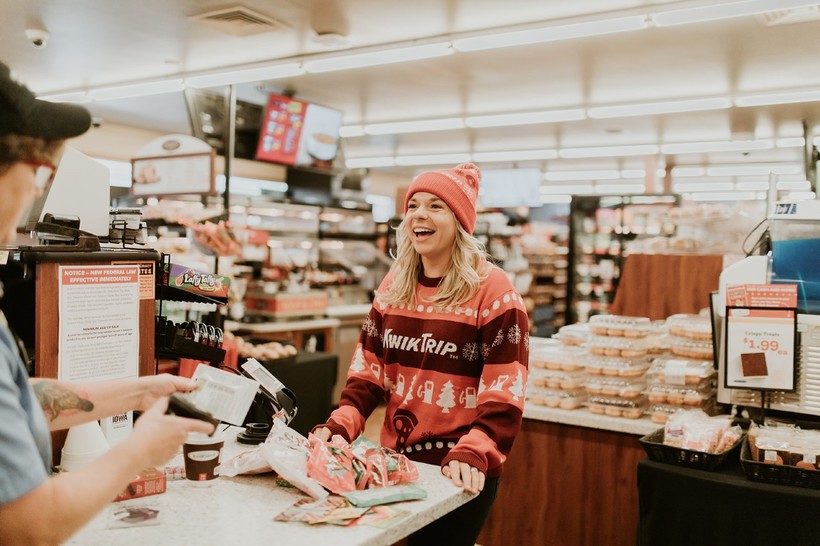 Cassandra Berger is now known as "KT Girl" or "Kwik Trip Girl" after she visited every Wisconsin store in 2021. Tatum Miller Photography

Some might consider obsessing over a regional gas station odd, but Berger doesn't.

She has a Kwik Trip tattoo. She owns several items of branded merchandise. She's tried almost every Kwik Trip snack and food item.

But last year, Berger might have reached the pinnacle of fandom. In 2021, she visited every Kwik Trip gas station across the entire state of Wisconsin — all 457 of them. 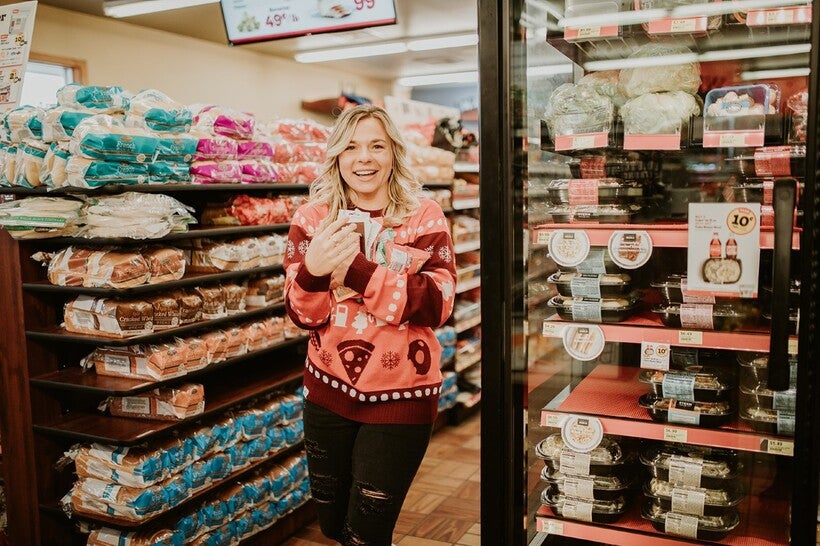 Cassandra Berger's love for the gas station chain exploded after she began making social media videos about her frequent trips to the store. Tatum Miller Photography

Berger, who lives in Onalaska and is the women's lacrosse coach for the University of Wisconsin-La Crosse, has now been dubbed the "KT Girl" or "Kwik Trip Girl."

"I'm there every day," Berger said. "I try to get a car wash once in a while, I fill up on gas once a week and then I get my groceries from there. And then if I'm randomly craving some peppermint ice cream, I get it. They just have everything that I'm obsessed with, so I definitely go every day."

Berger took a break from visiting stores from every corner of the state in 2022, but she might get back to visiting newly opened ones in 2023. She also wants to visit other Kwik Trip and Kwik Star locations in Minnesota and Iowa.

She doesn't know exactly when her fixation on the business began, but she remembers going to the store on weekends when she was a college student.

"My love started with just the food there," she said. 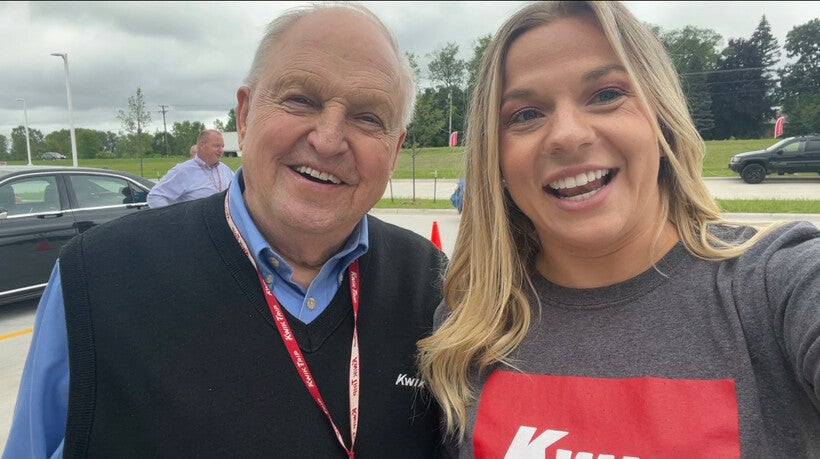 Berger began making social media videos about how much she loved the stores. That included writing a song about the brand and a video about how she obtained a Kwik Trip banner, which she placed outside of her apartment.

"I'd wake up one morning and be like, OK, I'm going to sprint down to Kwik Trip in my boots and shorts," she said.

"It was very spontaneous and random," she added about the videos.

Soon enough, Kwik Trip began to take notice, sharing some of her videos on their social media pages.

They even let Berger appear in a commercial in 2020.

"It was the highlight of my life at that time," Berger said of the commercial.

After the commercial, she reached out to the company and presented an idea for a video series called "KT Girl." The idea was simple — she'd travel across the state, visiting every Kwik Trip, while recording videos along the way.

Kwik Trip was on board.

"Having that freedom to do that was pretty awesome," Berger said.

It took her 12 months, and with a full-time job, she realized this could be a tall task. She started small, visiting some of the 30 or so Kwik Trips in La Crosse.

But she was able to visit a majority of the 457 stores in the summer of 2021, often traveling with her mother and sometimes sleeping in hotels. The most stores she hit in one day was 52.

Berger would sometimes just fill up on gas when she stopped. Other time, she'd go in to get snacks and talk to the employees.

"It really just depended on what I was feeling like in that moment," she said.

But she loved every second of it. She said she still gets "hyped up" just talking about it.

It took her all 12 months, but by the end of the year, she had reached her goal.

Berger still keeps in touch regularly with management of the store, including current Kwik Trip CEO and President Donald Zietlow.  She also plans to do future videos with Kwik Trip.

"They're expanding all the time, so I want to make it a goal to go and see the other ones," she said.