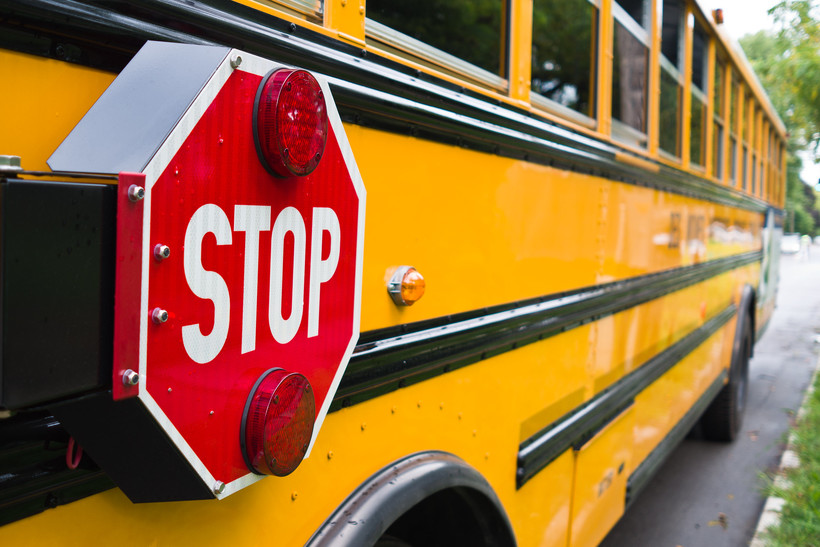 "The health benefits are immense and the economic savings are also significant. We can shift money that we're now using to purchase fuel that goes outside of the state, or invest those resources here, right back in our community," said Francisco Sayu, the emerging technologies director for RENEW Wisconsin.

The money comes from the Bipartisan Infrastructure Law passed last year. With its "Clean School Bus" program, the Environmental Protection Agency will fund the purchase of more than 2,400 low- and zero-emissions school buses for 389 school districts nationwide. The $1 billion awarded to school districts throughout the country this year is the first phase of a five-year, $5 billion program.

The EPA prioritized school districts in rural areas and those that serve tribal students. These include Bureau of Indian Education-funded schools and districts that met Small Area Income and Poverty Estimates (SAIPE) criteria, or those with 20 percent or more students living in poverty.

The EPA received about 2,000 applications for the program nationwide. Officials drew final recipients out of a lottery. Urban school districts like Milwaukee did not make the cut.

Some rural school district administrators, like Jim Ellis, were "very surprised" to hear they will pilot the project in Wisconsin. With a $4.7 million grant, Oneida County's Minocqua J1 School District is the top grant recipient in the state, receiving funding for 12 electric vehicles for its 600 students.

"Anytime you apply for a grant, whether it be state or federal, you know that your chances can be slim and none," Ellis said.

Pepin Area School District is home to about 250 students. Superintendent Bruce Quinton said until now, when the district learned it was getting a grant to fund purchase of a bus, the standard price of an electric bus — about $400,000 — was unaffordable.

"We couldn't do this without the grant for the bus itself — the bus is tremendously expensive," he said. "If there's savings there for us, as far as the cost of running that bus after we have it, that's going to be huge for our local budget cost savings for a local taxpayer."

Electric school bus costs were a prohibitive factor for other school districts like Augusta, another grant recipient.

Ryan Nelson, the district administrator, said electric school buses are about three times the cost of a normal gas or diesel-fueled bus, which can be up to $100,000 — a "pretty significant portion" of its operating budget.

Replacing the district's diesel-powered bus fleet will save the district roughly $10,000 a year in diesel fuel, Nelson estimated.

Chelsea Chandler, the climate, energy and air program director for Clean Wisconsin, said school buses are also "conducive to electrification" because they run on a set schedule and are parked during the day.

Children get exposed to air pollution when they ride school buses, the majority of which run on diesel. When the engine generates exhaust, more than 40 different toxins pollute the air, which children inhale each time the bus stops, according to Sayu of RENEW Wisconsin. "And to make things worse, usually lower-income communities tend to get the older buses," he said.

"Those emissions can have an impact on your and your kid's life. That could be mild, or it could be devastating if your kid has a condition that's made worse by dirty air," Sayu said.

"We have the four seasons of temperatures, and we're a 360-mile school district, so they will definitely get put to the test," Ellis, of Minocqua, said. "Is there a certain type of skill set that our mechanics need? Do they drive differently than diesel buses?"

The buses will likely not be in place until the 2024-25 academic year, and Ellis said his district will likely keep the diesel buses around as a backup during the winter months.

The federal funding will cover infrastructure like charging stations. The EPA is partnering with the U.S. Department of Energy and Department of Transportation to offer technical assistance to school districts. Nelson in Augusta said it's "a new experience" for transforming the transportation sector.

"I think you're seeing a lot of things moving to electric," Ellis said. "It’s just in its infancy, if you will, so I think we'll see how it goes. And it's exciting to be a part of that process."

Editor's note: This story has been corrected to say that 15 school districts received funding for 65 electric buses.