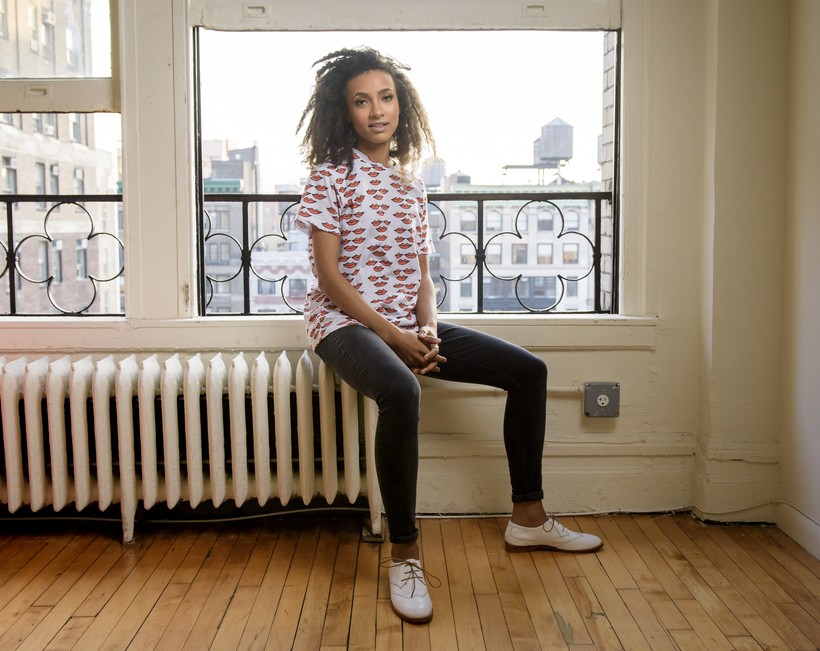 Jump Into The Creative Fire Of Esperanza Spalding's 'Good Lava'

Emily erupted from her middle. And not just the middle of Esperanza Spalding’s name. Emily stands in as the creative burst of loud, boisterous chaos scattering classical and modern sound to and fro throughout the bass-playing jazz powerhouse’s latest album, "Emily’s D+Evolution."

She represents something new and unexpected for Spalding: a middle way between a homeschool emphasis on classical music, early teen years spent listening to jazz improvisers around Portland and her musings on the blurring lines between jazz and hip-hop, folk music and beyond.

"I mean it's people's music. You know, in a way, it's like it evolves on its own to a certain degree," Spalding said. "None of us can hold it in one container and say, 'This is it and the rest is not.' It lives in the people who practice it." Her own experimentation in fusing styles needed an avatar, and that avatar was Emily.

Emily came into the world amidst an insomniac fit of energy one late night in Austin.

"It happens to everybody but it also happens to creative people: you're just charged. You didn't have coffee, you don't really know why, but it's getting later and later and you're just kind of buzzing with this energy," Spalding said. "And often inspiration strikes in those moments."

Spalding described feverish visions of a woman acting out a broad, brash, colorful musical, filled with vignettes in diners, on the street, and on stage at a late-night variety show. "I thought 'OK … let me make as many notes as I can about what I'm seeing.'"

The project gets at a recent revelation Spalding had, which is that sometimes the crazy ideas – far from the solid ground of tradition – are born of raw creative potential.

"What if you're playing with your friends, jumping from furniture piece to furniture piece when you say, 'Oh, you can't touch the ground because it's lava.' What you said, 'No. Let's jump into it because it's good lava.' Why are we afraid of this? It's our imagination; it can't burn us. It's wonderful. Let's dive into the good gooey sticky scary stuff."

But imagination isn’t just about good art. In a world that increasingly demands that we confront ideas and realities that we aren’t comfortable with, Spalding said imagination works as both our sword and our shield.

"I feel in my life that whenever I run into conflict or fear or a sticky situation, I discover that it's really the act of creative thinking and creative engagement that moves you from a place of stasis to a place of possibility," Spalding said. "The universal element that we all have in common and all have at our fingertips is creativity. And it's wonderful. It's already yours."

Emily’s contribution to Esperanza’s evolution is exactly this lesson – the extraordinary value of having the courage to jump in the hot lava of everyday life.