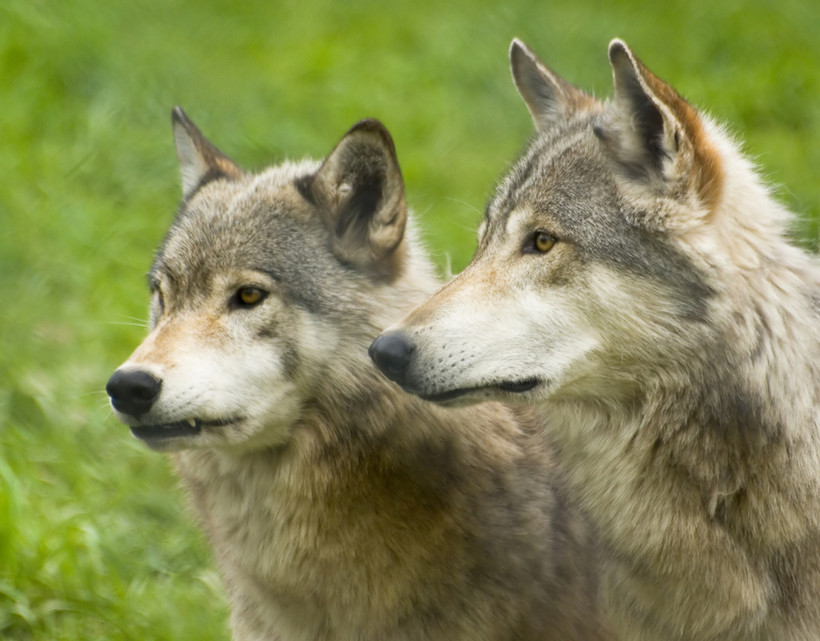 Wisconsin's grey wolf population has declined over the past year, in part due to the new wolf hunting season. Photo: Property #1 (CC-BY-NC-ND).

Judge Rules That Dogs Can Chase Wolves As Training For Hunt

Wolf advocates are concerned about a new appeals court ruling that will allow dogs to chase wolves during training sessions.

While dogs were used during the state's wolf hunt last winter for the first time, whether or not hunters are allowed to train dogs to pursue wolves has been unclear. Now, however, a state appeals court has said that the lack of restrictions in the Department of Natural Resources’ wolf hunting and training rules doesn't conflict with the wolf hunt law or animal cruelty statutes.

Rachel Tilseth of Wolves of Douglas County Wisconsin is disappointed with the ruling. She said the state's wolves already have it bad enough.

“This is going to add another layer of stress onto an already stressed out wolf population,” she said.

Tilseth said she also worries that DNR enforcement during the training will be lacking. She's already unhappy with the DNR's review of last winter's use of dogs during the hunt.

The DNR says it welcomes the latest court ruling. The agency is still working on permanent rules for wolf hunting and trapping.