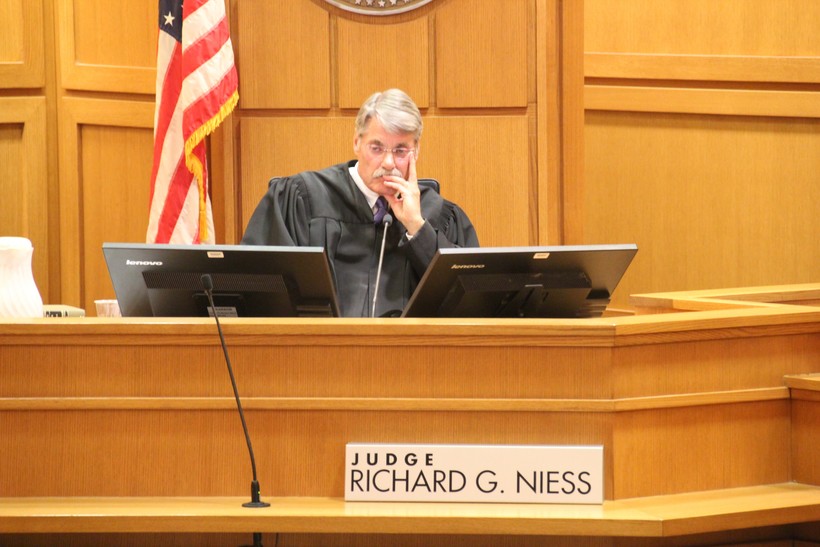 A judge has rejected an attempt by Gov. Scott Walker to delay a court-ordered deadline to call special elections for two vacant legislative districts.

Walker wanted Niess to extend the deadline in light of the Legislature's plans to pass a bill next week that would restrict special elections.

The bill unveiled early this week would apply retroactively, meaning it would ban special elections for the vacancies in question. But in an order delivered from the bench Tuesday, Judge Niess said there was no basis for the court to delay such an order.

"I am not ruling on what the law might be in the future," Niess said Tuesday. "I am enforcing the law as it is now."

The state's 1st Senate and 42nd Assembly districts have been vacant since Dec. 29, 2017 when former state Sen. Frank Lasee and state Rep. Keith Ripp resigned to take jobs in the Walker administration.

Wisconsin law requires governors to call special elections for any vacancies that occur before the second Tuesday in May in an election year. Walker argued that law did not apply to the current vacancies because Lasee and Ripp resigned in 2017.

Dane County Judge Josann Reynolds rejected that argument, ruling last week that Walker's read of Wisconsin's special election law was "absurd in its application" and that voters who lived in the vacant districts had a "clear legal right" to representation.

Sen. Majority Leader Scott Fitzgerald, R-Juneau, and Assembly Speaker Robin Vos, R-Rochester, said Reynolds ruling would create chaos if allowed to stand because candidates for these special elections would be circulating nomination papers at the same time as candidates for the general election.

Niess wasn't swayed by those arguments Tuesday, describing Reynolds' ruling as "spot on."

Niess told attorneys for the Wisconsin Department of Justice, which represents Walker, that it would be improper for him to overturn a ruling based on speculation that the Legislature might change it.

"You're asking that I suspend or reschedule the mandatory act by Gov. Walker to allow the Legislature to take up a bill that's going to affect the voters in Assembly District 42 and Senate District 1 when they have no say in that bill at all," Niess said.

Niess said that if the Legislature changed the law, that would be the time to revisit this issue in court.

"It is certainly the Legislature's prerogative to change the law," Niess said. "But until they do, it is the obligation of this court to enforce the law. And the law right now, in this state and under that statute, and by order of this court, is that this election shall be held as promptly as possible and that it should be ordered by no later than Thursday at noon."

Wisconsin's last special elections in January saw Democrats win a surprise victory in Wisconsin's 10th Senate District, which Republicans had held since 2001 and President Donald Trump had carried by 17 percentage points in 2016.

Democrats have argued that Walker is delaying these latest elections out of the fear that Republicans could lose.

Even if Republicans were to lose these two districts in a special election — which is hardly a given — they would still hold an 18-15 majority in the Senate and a 63-36 majority in the Assembly.

When asked whether Walker would order the elections by Thursday, a spokesperson for the governor referred all questions to the Wisconsin DOJ.

DOJ spokesman Johnny Koremenos said the department was discussing next steps in the case.