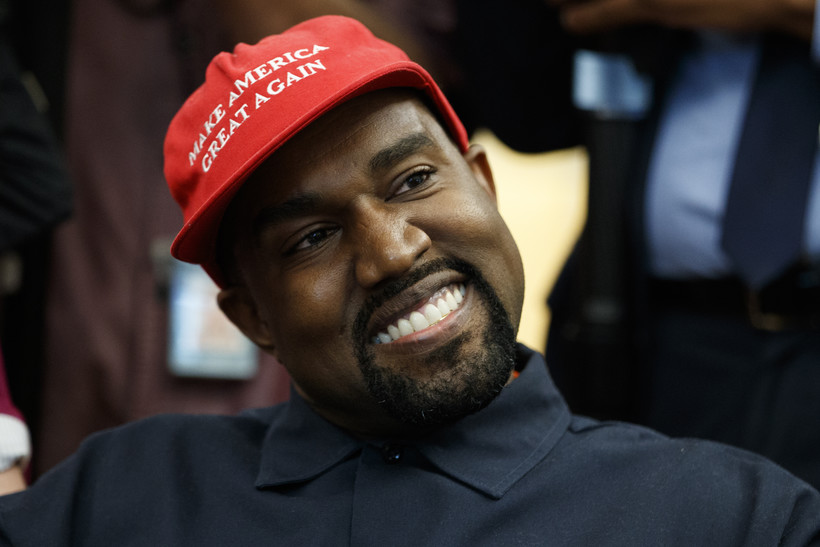 Rapper Kanye West smiles as he listens to a question from a reporter during a meeting in the Oval Office of the White House with President Donald Trump, Thursday, Oct. 11, 2018, in Washington. Evan Vucci/AP Photo

A Brown County judge has rejected rapper Kanye West's attempt to get on Wisconsin's presidential ballot, but the Wisconsin Supreme Court could still have the final say.

West's campaign argued that because state law sets a deadline of "not later than" 5 p.m., the signatures should count.

But the Wisconsin Elections Commission voted 5-1 to reject that argument and on Friday, Judge Zakowski upheld the ruling.

"The court finds that, basically, 5 o'clock is 5 o'clock," Zakowski wrote.

Zakowski went on to compare the 5 p.m. filing deadline to a 9 p.m. cutoff for liquor sales.

"The court's own personal experience is that at some stores, the hour, minute and second hand appear on the check out screen," Zakowski wrote. "When it is one second after nine, the alcohol cannot be scanned, thereby preventing its purchase. In other words, any time after 9 o’clock means it is later than 9 o’clock and alcohol cannot be purchased, even at 9:00:59."

West's campaign could still appeal the decision to the Wisconsin Supreme Court, where conservatives hold a 4-3 majority.

Attorney Jeffrey Mandell, one of the lawyers who challenged West's petitions, said the court had recognized that the Wisconsin Elections Commission had studied the facts of West's dispute and made the right call.

"As the judge recognized in his order tonight, the court is not to second-guess the WEC’s fact-finding," Mandell said in a written statement. "The court is to ensure the WEC followed the law. Under nearly a century of settled Wisconsin precedent, late nomination papers cannot be accepted. It’s that simple."

Staff at the Elections Commission recommended rejecting their petitions because hundreds of them listed an old address for Walker. Commissioners split 3-3 on the recommendation, which effectively rejected the Green Party's effort.

If the Supreme Court decides to add either West or Hawkins to Wisconsin's presidential ballot, it could delay the mailing of hundreds of thousands of absentee ballots.

County clerks said Thursday that they had already printed at least 2.3 million absentee ballots in an effort to meet a Sept. 16 state deadline to deliver them to municipal clerks, who are required to start mailing absentee ballots to voters by Sept. 17. A separate federal law requires clerks to mail ballots to military and overseas voters by Sept. 19.

If clerks are forced to reprint Wisconsin's ballot to add new names, several said they'd miss those deadlines, a move Dane County clerk Scott McDonell said could undermine the integrity of the election.