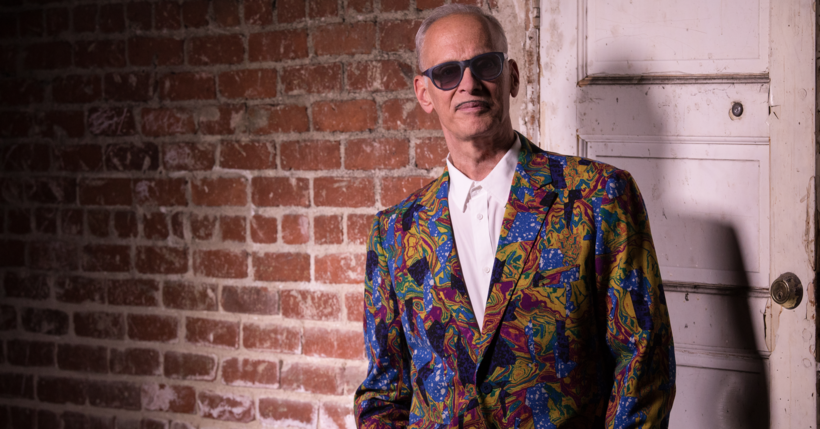 John Waters' debut novel is as filthy, perverse and hilarious as you would expect — maybe even more so

"The Orson Welles of Obscenity," "the Prince of Puke," "the Titan of Transgressive Film" — these are just a few of John Waters' many nicknames.

Waters is best known for writing and directing such films as "Hairspray," "Pink Flamingos" and "Serial Mom." He's also the author of best-selling nonfiction books like "Role Models," "Carsick" and "Mr. Know-It-All."

But being John Waters means all about exploring unexplored territory, which leads us to his latest project — his debut novel. It's called "Liarmouth: A Feel-Bad Romance" and it's every bit as filthy, perverse and hilarious as you could imagine. Maybe even more so.

"I decided to write a novel because I wanted to challenge myself," Waters told Wisconsin Public Radio's "BETA." "I had never written one, even though I had written a lot of movies, which are fiction, of course."

The protagonist of "Liarmouth" is a 40-year-old woman named Marsha Sprinkle. She's a suitcase thief and her fake chauffeur — Daryl Hotchkins — is her partner in crime.

Hotchkins agrees to work for Marsha provided that he's able to have sex with her one day every year. As luck would have it, one day Marsha and Daryl get caught while trying to steal suitcases at the airport so they have to split up and escape.

"It's about three generations of women that are sort of hostile to each other," Waters explained. "But I'm asking you to make them the heroines of the book. All the women in this book I love and I think the readers do, too, even though they're kind of nasty and they would not be heroines in real life at all. But all my work is like that. So my readers won't be surprised that I have a villain as the main character that I hope you like."

Waters sent "Liarmouth" to a sensitivity reader. We here at BETA didn't even know there was such a thing.

"I didn't know there was such a thing either," Waters replied.

"And the sensitivity editor would not let him use the word 'fat,' even though the character was purposely trying to eat as much as she could," Waters explained. "She would be the largest human being living on the earth. And he got so furious. He just published this novel for free."

Waters' sensitivity reader seemingly ghosted him: "Never would return phone calls. So she quit or dropped dead. I don't know what happened."

Instead, his editor Jonathan Galassi; agent Bill Clegg; and the three generations of women that work for him became his own sensitivity editors. They discovered that anything that could be considered a touchy subject could be made even "more ludicrously politically correct."

"So the threat of it maybe made the book better, even though I made it probably more crazy at the same time," Waters said.

Waters compared the idea of sensitivity readers to intimacy coordinators who are on film and TV sets when there is a sex scene.

"I always hated filming sex scenes because it's so embarrassing, but I did have scenes in 'A Dirty Shame' where extras had never met each other, had to make out for like hours in the background for a scene. I'm saying, 'Cut.' They start laughing," he recalled. "But today you'd have to have shrinks there practically to advise them how to do it."

"It's more complicated these days definitely. But ... I've always made fun of the rules of whatever supposed outsider community I live in, whether it was hippies to political correctness," Waters said.  "I make fun of the rules, but I have to live up to in the world I've chosen to live in."

In keeping with his reputation as an equal opportunity satirist, "Liarmouth" includes a trampoline park led by Marsha's daughter, Poppy Samuels.

Waters said that with the trampoline fanatics, he's attempting to find a minority that is very serious and feels they are discriminated against.

"I'm trying to find new minorities that don't exist and have fun with them," Waters explained.

He also included dogs and cats that are dealing with gender and species identity disorders.

"The grandmother in the book (Marsha's mother) is a plastic surgeon for pets," Waters said. "She is so crazy that she has lifted and changed her dog so many times that it begins to believe it's a cat and is trapped in the body of a cat and so is transitioning into a cat through facial surgery as a pet."

Although "Liarmouth" reads like a novel, it is also very cinematic. So does Waters have any plans to turn it into a film?

"Well, my agent told me there's been nibbles on film rights, which is kind of hilarious. If somebody actually had to buy the film rights for me to get me to make the movie, that would be adding an extra pay level. So I am all for it. It is very cinematic. I can't help it, I think that way."

2022 marks the 50th anniversary of Waters' 1972 film, "Pink Flamingos." The self-described "exercise in poor taste" was banned in several countries but has acquired a reputation as a cult film in recent years.

"I just watched it a lot because Criterion is putting out this beautiful new version of it. Wait till you see the extras," he said. "It's even kind of nastier and ruder. But more ironic that the National Film Registry named it as one of the historic American films this year. I never thought that would happen. And I'm very proud, without any irony, that that did happen."