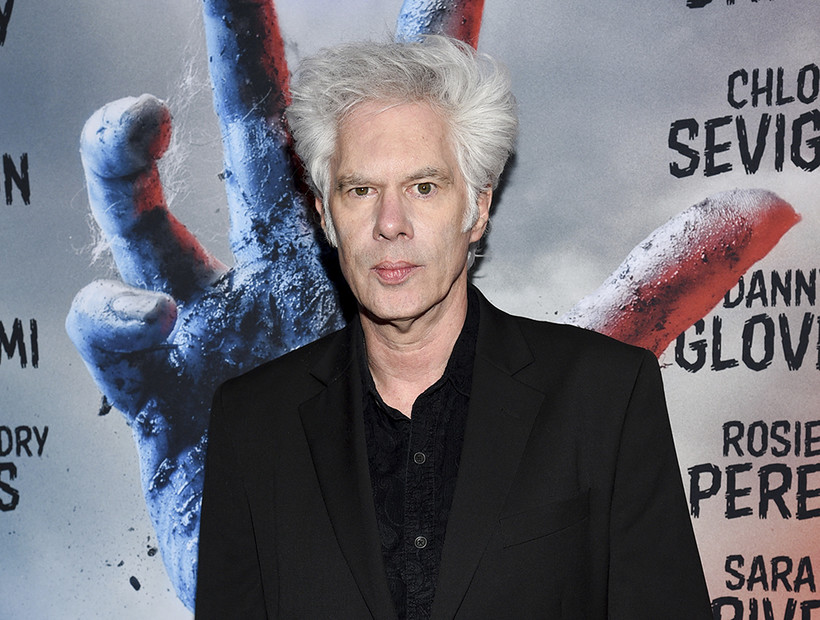 Director Jim Jarmusch attends the premiere of "The Dead Don't Die" at the Museum of Modern Art on Monday, June 10, 2019, in New York. Evan Agostini/Invision/AP Photo

Author Ian Haydn Smith On The Singular Films Of An Iconoclastic Director
By Adam Friedrich
Share:

Many people believe the modern indie movie movement began with Steven Soderbergh's 1989 Cannes Film Festival darling, "Sex, Lies and Videotape." However, according to author Ian Haydn Smith, you have to jump back a few years to director Jim Jarmusch's second film, "Stranger Than Paradise."

"The characters in 'Stranger Than Paradise,' these sort of loners who get together for a road trip. It's not going to end particularly well. Each of them are idiosyncratic characters, but they are singular characters. They're not clichés in any way whatsoever. And they're not quirky characters. They are fully rounded human beings, but they're just like all of us."

Haydn Smith is the author of "Cult Filmmakers: 50 Movie Mavericks You Need to Know." He tells WPR's "BETA" that Jarmusch's ability to scratch beneath the surface of his characters is what helps make them so memorable on screen.

"Actually, we're all a little bit strange at heart. And I think that's what Jarmusch mines," said Haydn Smith.

Jarmusch moved to New York City from Ohio as a teen and attended arts school. He began making movies in the early 1980s. Known by his live wire hair and rock star image, Haydn Smith says that Jarmusch's films embody his own iconoclastic nature.

"The thing about Jim Jarmusch: he's incredibly cool. Both in person when he's talking about his career or his life or the people he loves, the music, the musicians, the novelists, the filmmakers. But also in his films. They just give off this wonderful coolness. The characters are very nonchalant," Haydn Smith said. "What's interesting about Jarmusch is that his films and his own persona have created this aura of someone who exists just outside the mainstream."

This blurring of musician and filmmaker would be somewhat of a through line in Jarmusch's work and life. After learning the royalty payments for Screamin' Jay Hawkins' "I Put A Spell on You" that he used in "Strangers in Paradise" didn't get to the artist, Jarmusch tracked Hawkins down and paid him out of his own profits. The two ended up forging a lifelong friendship.

Furthermore, Jarmusch was tapped to direct music videos for Tom Waits and the Talking Heads, the former later appearing in Jarmusch's "Down by Law" alongside The Lounge Lizard's, John Lurie.

This marriage of music and film was perhaps most notably captured in Jarmusch's seminal film, "Dead Man," starring Johnny Depp and a one-of-a-kind improvised score from Neil Young. Haydn Smith said he believes this is Jarmusch's finest work and one that displays his ability to constantly subvert expectations.

"It really is an astonishing, formerly brilliant piece of filmmaking with a stunning score by Neil Young," said Haydn Smith. "Rather than being this rural Western, it's a Western set in industrial times. I mean, Jarmusch plays brilliantly with that film and the Western genre."

Haydn Smith argues that Jarmusch inverted the typical arc of a film director. Whereas most begin with a genre film to find their voice and footing and then gravitate toward character studies, Jarmusch began with character-driven films and moved into playing with different genres later in his career.

"First of all, you get an alternate Western, a black and white Western 'Dead Man.' Then you go on to a samurai film, 'Ghost Dog: The Way of The Samurai' with Forest Whitaker taking on New York's Italian mafia. Then jump forward a few years, you've got a vampire film with 'Only Lovers Left Alive' with Tom Hiddleston and Tilda Swinton, who, let's face it, is the perfect vampire," said Haydn Smith. "And then jump forward a couple more years, and you've got the 'Dead Don't Die,' which is a zombie movie."

"So, a lot of people started off making these genre films, but Jarmusch decided to, along the way, start picking up his various genres that he would play with. And each time he plays with them brilliantly," Haydn Smith continued.

Haydn Smith states that even though Jarmusch is creating these genre films, he still populates them with wonderful characters and does return to his offbeat character studies like 2016's "Paterson," starring Adam Driver as a poetic bus driver.

"He's probably the godfather of the modern indie movie," said Haydn Smith. "There aren't films that are Jarmusch-esque because I think he's so singular that I think anyone who's tried to copy him just never gets it right."