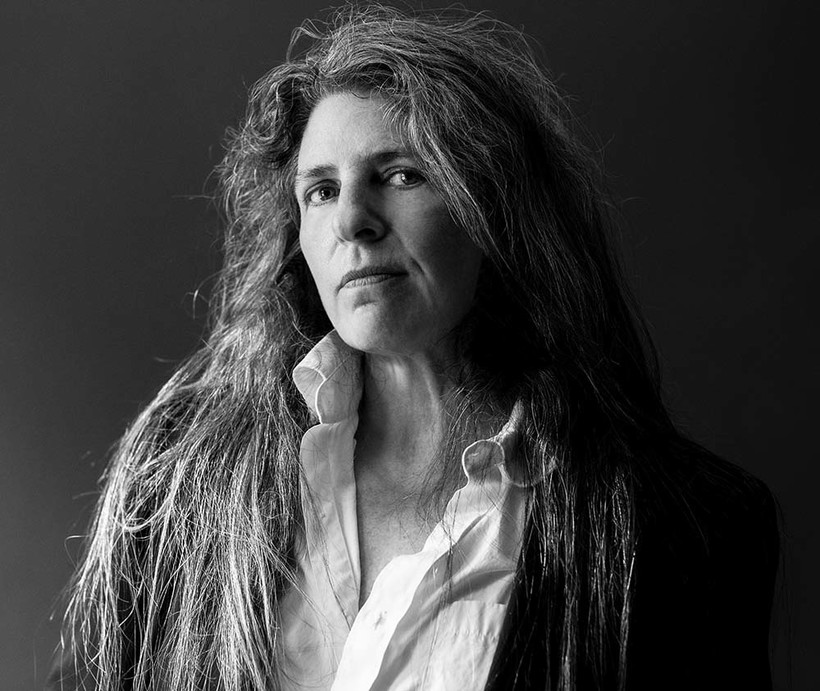 The epigraph to Jean Hanff Korelitz's seventh novel, "The Plot," is probably the best six-word tease for it. It's a quote attributed to T.S. Eliot:

It's here where Korelitz drops a parenthetical kicker with, "(but possibly stolen from Oscar Wilde)."

It's the opening salvo in a propulsive thriller that Stephen King has anointed as one of the best novels written about writers.

Korelitz — best known for her novels "You Should Have Known" which was adapted into the hit HBO series, "The Undoing" starring Nicole Kidman, and "Admission" adapted into the Tina Fey film — is dealing with territory every writer knows all too well and deeply fears.

"I think that the real secret anxiety of the author is that we ourselves are plagiarizing without knowing it," Korelitz told WPR's "BETA."

"All writers are readers, or I should say all good writers are readers. All of that language is jumbling around like a cement mixer," she said. "Sometimes when we write ourselves, that stuff just comes out and we don't know always where it came from and there's a terrible fear that we are ripping somebody off."

The plot of "The Plot" focuses on a once semi-famous writer, Jacob Finch Bonner, who's now fallen back on a career teaching writing for a third-rate MFA program. When one of his students, Evan Parker, arrogantly tells Jacob's class that the plot for his novel is a can't miss idea, Jacob is curiously dubious.

After Evan submits his writing sample for Jacob, the professor enviously knows the student isn't lying. With this story, Evan's got an instant best-seller on his hands. Before more can be shared, the MFA program shutters and Jacob is forced into further obscurity with a job coaching writers.

"Jake has slid even farther down the food chain. He's been forced to leave New York. The MFA program has closed. He sort of cobbled together a career as a literary coach and he's working at a writer's subsidized artist colony. He's really just clinging to the fringes of his former life," Korelitz explained. "And one day he thinks, 'Why did I never hear about that novel?' And he Googles his former student, Evan Parker, and he quickly discovers that Evan Parker has died and not even recently. He's died not long after their encounter at the MFA program. In other words, there's no novel."

To break from his own morose existence, Jacob justifies writing his own novel based on Evan's idea. He feels that if it's his own work following Evan's plot, he's honoring a good idea. This mindset proves wrong, when Evan's boasts prove right. "Crib" — Jacob's novel of Evan's idea — proves an overnight sensation. It brings him success and glory and is about to be adapted into a movie with Steven Spielberg directing. A guilt-ridden Jacob cautiously accepts the praise publicly while he struggles internally. Then, he receives an anonymous email calling him a thief.

In a meta reaction, Korelitz herself says that after the release of her novel, she's been accused of stealing the idea for this book. The truth might be even more remarkable as Korelitz shares that the idea was an impromptu pitch to her editor.

"The context is slightly more convoluted in that I was in the middle of another novel, a very different novel that was not working. And I was struggling with this book. And I was literally in the middle of a meeting with my editor at which she was explaining to me why she was not buying the book," says Korelitz.

"And, I thought to myself, 'I cannot believe I'm saying this,' but I said to her, 'Well, I have this other idea, too,' and I just kind of upchuck this whole story about a writer who has a student who has this brilliant idea, and then he dies without writing his book. And the writer takes his idea and writes a hugely successful book. But he can't enjoy it because he's afraid that somebody will accuse him of having taken it."

With "The Plot" Korelitz crafts a page-turner where Jacob sets off to find who is sending him the threatening emails before they expose him.

Unlike some novels that deal with a fictious work, Korelitz actually crafted excerpts of Jacob's "Crib." These passages take on a slightly different tone from the rest of the novel proper and begin to peel back the layers of Jacob's journey.

"It was like having to write a whole second novel. New characters, new places, new everything. So, I wrote all of those chapters afterwards and then I kind of filleted them into the book," said Korelitz. "Because every one of those excerpts is a clue. I mean, as we read more of 'Crib,' we understand more and more what is happening to Jake."

And the meta layers don't stop there. While Steven Spielberg may not be in the mix, "The Plot" is indeed slated for a television series adaptation. Korelitz said that she requested to be a part of the writer's room.

"It was something I really, really wanted. I'd never done that before," said Korelitz. "And they said, yes, so I will be part of the writing team. But, you know, on one hand I'll be the expert in the room. But on the other hand, I'm going to be like the intern. I mean, because I've never done this before."