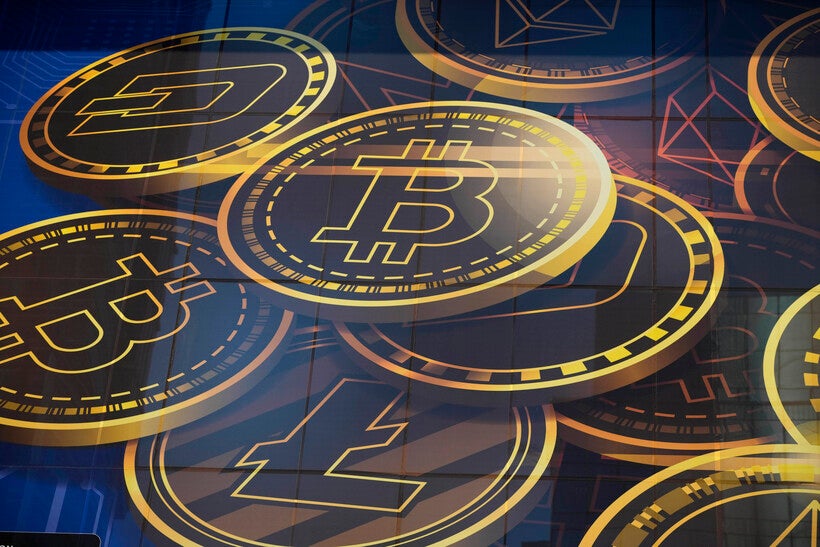 An advertisement of Bitcoin, one of the cryptocurrencies, is displayed on a building in Hong Kong, on Nov. 18, 2021. Kin Cheung/AP Photo

Jackson County is home to a new cryptocurrency mine — a surprise for many local, county officials

Owners of the rural hydroelectric plant have set up a cryptocurrency mining operation to use excess power
By Hope Kirwan
Share:

The owners of a rural hydroelectric plant in Jackson County have partnered with a New York-based company to start a cryptocurrency mining operation.

Located on the popular tourist destination Lake Arbutus in west central Wisconsin, the dam and power plant in Hatfield has been in operation since 1908. At the end of March, Digital Power Optimization announced they partnered with the owners of the power plant and a private investor to start "industrial-scale mining operations," according to a company press release.

Cryptocurrency mining uses powerful computers to verify online transactions that use cryptocurrency in order to create new currency like bitcoins.

"In a lot of instances, you have power plants that are in the wrong location or can only operate some of the time," he said. "Or in a lot of cases, you're gonna have negative power prices which I think a lot of people don't realize, where there's more power being produced than the grid can handle."

Stoewer said the Hatfield plant fit that bill, with low demand for power in the rural area and years of deferred maintenance projects because of low profits. He said potential revenue from cryptocurrency mining made the cost of fixing the facility make financial sense for the owners, which are a group of investors from and outside Wisconsin. And he said about half of the power generated from the now-restored plant will still be sold to the grid.

"I think that this is actually a great way to bring jobs and bring investment into rural areas that otherwise might not have had it and fix up old infrastructure assets that produce green power," he said. "We are really excited about our mission doing that, and we think that it's something that can be replicated over and over again."

He said the plant has four employees — three that operate the power plant and one IT position that services the computers used for bitcoin mining.

As cryptocurrency mining faces more criticism for the industry's massive energy use, Stoewer said investing in renewable energy sources like hydroelectric is important for reducing the environmental impact and energy costs.

While the mining operation is already underway, many municipal and county leaders didn’t know the new business even existed.

Peter Segerson is on the board of supervisors for the Town of Adams, which includes Hatfield and the power plant. Like all the local officials contacted by Wisconsin Public Radio, Segerson said he wasn’t aware of the cryptocurrency mine. He said he regularly walks his dog by the power plant and he hasn’t noticed any changes in operations or the noise level coming from the facility.

Segerson said the plant has changed owners several times in recent years and he wasn’t surprised the owners would be pursuing new revenue sources.

"That's a 50-plus-year-old building. They're probably in need of maintenance funding and they've had some problems with their infrastructure over the years," he said. "There was a flood, I believe, in '93 and then another one in early 2000 and they had to rebuild one of the canal dikes and things like that."

But Segerson said overall, most people in the community don’t think much about the facility.

It’s not the only cryptocurrency mining operation to pop up in the state this year.

A Chinese company called Future Data Technology opened their mining operation at a former paper mill in Park Falls in February, according to WXPR in Rhinelander. Local officials also seemed unaware of that crytpocurrency mining operation before it started. Park Falls City Administrator Brentt P. Michalek said in a statement on Facebook that city officials had not participated in the proposal and that it was up to the owners of the property whether to share information publicly about it. He also said in the statement city officials did not "believe this use is the best use of the property in terms of jobs for our area."

Stoewer said his company is happy to talk about their new operation but they didn’t feel the need to advertise about it in Jackson County.

"I think what we're doing is ultimately beneficial to the area, but there's no real need, I think, to go and put a big sign up saying that we're mining bitcoin," he said.