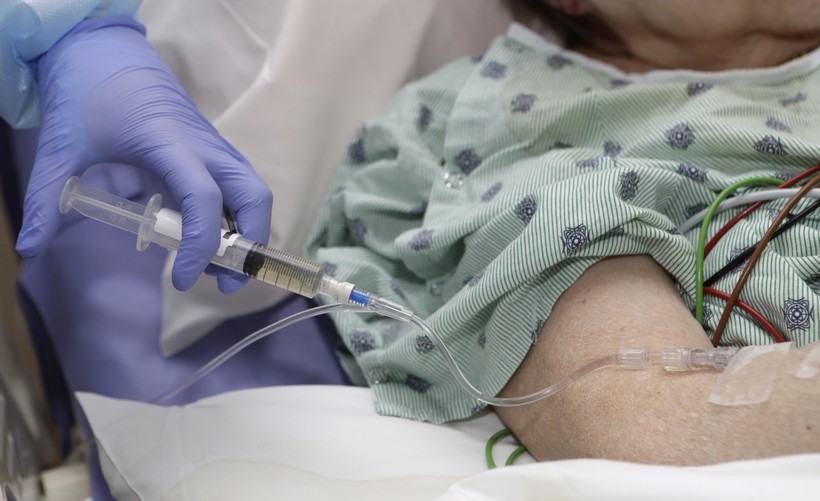 Some Wisconsin hospitals report they're rationing IV solution as a prolonged shortage has no end in sight, and is beginning to put a strain on staff and other medical supplies like syringes, according to hospitals and health systems responding to a survey by the Wisconsin Hospital Association.

IV saline bags have longstanding supply issues, according to the U.S. Food and Drug Administration. But the shortage has worsened due to a manufacturing disruption of mini-IV bags following Hurricane Maria's devastation in Puerto Rico and a severe flu season, which has yet to peak.

IV solution packaged in mini-bags can provide medication. When the mini-bags start to run low, the hospital has to administer drugs using larger IV bags or a syringe. But these alternatives come with their own challenges.

According to Ann Zenk, vice president of workforce and clinical practice for the hospital association, not only do hospitals begin to run low on syringes and large IV bags, but in the case of syringes, the time added to administering drugs can quadruple.

"Instead of hanging a mini-bag or a small bag of solution from a pole and plugging it into the patient’s IV line, the pharmacy prepares it so that the nurse can give it via syringe," explained Zenk.

That requires more attention from the pharmacist, and a nurse has to physically administer the IV to the patient, adding to the costs of patient care.

Nearly half of the 70 hospitals and health systems that responded to the survey reported these alternatives were stretching their staff thin.

"Although a very few hospitals have been close to having to delay or transfer patients or do something with patient care, none of them actually have," Zenk said of the 6 percent of hospitals which have come close to transferring patients because of the supply shortage.

Zenk said the severe flu season could be exacerbating the shortage as more people have been forced to go to the emergency room to get IV fluids.

In November, the FDA temporarily approved importing saline products from other countries. But the WHA would like Wisconsin’s lawmakers to lobby the FDA for more long-term solutions to address the shortage.

For those hospitals in the state that aren't feeling the stress of the shortage, conserving supplies has helped.

A spokesman for Gunderson Health System based in La Crosse said proactive buying has helped the system during the shortage.

Roughly 8 percent of the hospitals responding to the survey said they didn't have to implement any conservation strategies of IV solution.