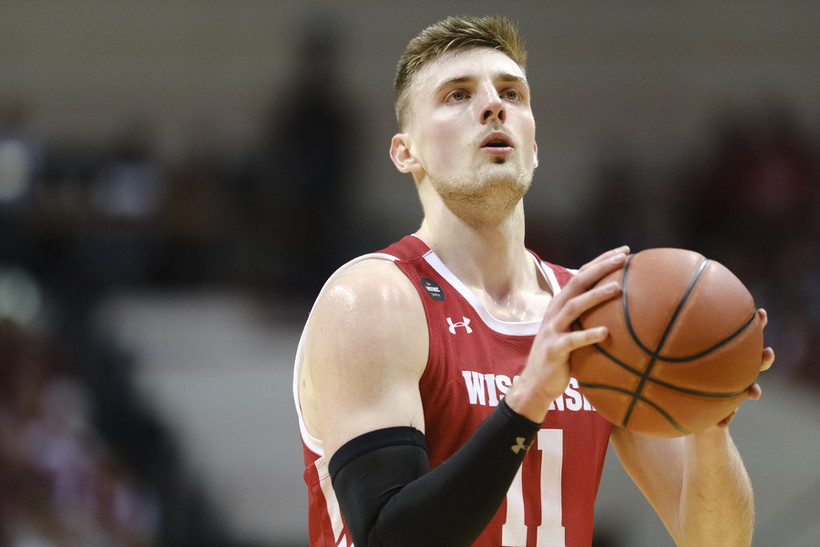 The men’s basketball team at the University of Wisconsin-Madison knows the road ahead could be rocky as they embark on a basketball season amid the coronavirus pandemic.

After all, the coronavirus already derailed the Badgers’ promising run earlier this year. Wisconsin won eight straight games against Big Ten opponents, clinching a share of the regular season conference title, before the pandemic led to the cancellations of the 2020 Big Ten and NCAA tournaments.

And there are the challenges other Badgers teams have faced this fall. A coronavirus outbreak among football players and staff members led UW Athletics to cancel two games earlier this football season. Meanwhile, Wisconsin’s women’s basketball team was set to open its season Wednesday — hours before the men get underway — but their opponent, the Miami University Redhawks, had to postpone after entering COVID-19 protocols, UW Athletics announced Tuesday.

Despite the uncertainty surrounding the season, Wisconsin’s men’s basketball head coach Greg Gard and his team said they’re excited to take the court Wednesday. The Badgers will tip off their campaign at 9 p.m. against Eastern Illinois.

No. 7 Wisconsin will aim to play seven nonconference opponents this season, including UW-Green Bay on Dec. 1 and Marquette on Dec. 4. The Badgers are set to open Big Ten play against Nebraska on Dec. 21. Gard said UW Athletics has been in talks with other nearby schools in case the Badgers have an opening in their schedule after an opponent pulls out last minute. 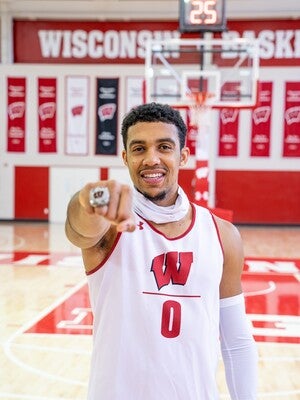 Senior guard D'Mitrik Trice said he tries to block out news from around the country about team outbreaks and game cancellations, but social media makes it tough.

"We just try to do our best to continue to progress forward and stay healthy and do everything that we can, whether that’s isolation or being tested every day, certain things like that to just make sure that we stay healthy," he said.

The Badgers will be playing without fans when they tip off Wednesday. Trice thinks that might calm some players’ nerves, he said. With the stands empty, the team will need to create and sustain its own energy, but having seven returning seniors should help, Trice said.

"I’m sure everyone has played in those 8 a.m. AAU games where there’s no one there, and it’s an empty gym. Obviously when you get to college it’s a different level and a different environment, but guys are used to it," said senior forward Micah Potter.

His teammates have really bought in when it comes to taking coronavirus precautions seriously, he said.

Players are tested daily, and they’ve formed an informal pact to only socialize with one another, Potter said. He commended the freshman, who went from seeing their parents every day to now only connecting virtually. For Potter, strict adherence to coronavirus safety protocols means he’s not able to see his fiancee, a volleyball player at Loyola University in Chicago.

"It’s hard. I was messing with the guys earlier talking about how one of the Christmas gifts I want is to be able to see her, but it is what it is. She understands it. I’ve got to perform, and obviously I’m trying to play professionally, so she knows that I have to be able to be here," he said.

Expectations are high for Potter and the Badgers: Wisconsin will open its season with the second-highest preseason ranking in the program’s history, according to UW Athletics. But ultimately, the goal this year is to play as many games as possible, Gard said.

The Badgers have been facing off against each other in practice for months, which has recently led to more scuffles, he said. He’s excited to see how the team stacks up against outside competition.