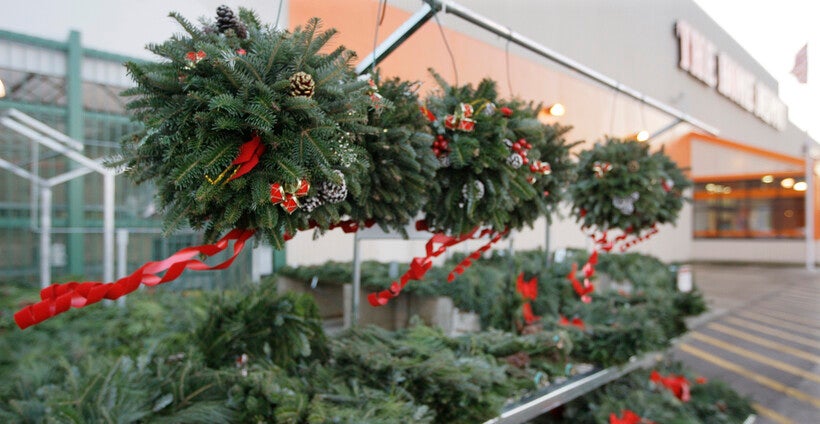 Wisconsin residents are being asked to burn their wreaths and other decorations made from evergreen branches in order to keep an invasive bug from taking hold in the state.

Inspectors at the state Department of Agriculture, Trade and Consumer Protection reported finding an insect called the elongate hemlock scale living on wreaths sold by big-box retailers across Wisconsin. A press release from DATCP states the bugs were found on "wreaths, swags and boughs and arrangements of evergreen boughs in hanging baskets, porch pots, mugs and sleighs." 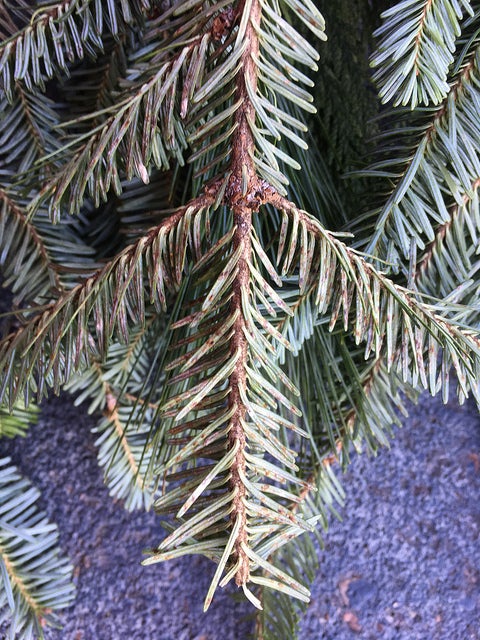 Bough in holiday decorations at a Wisconsin chain store shows elongate hemlock scale on the underside of the needles. Photo courtesy of the Wisconsin Department of Agriculture, Trade, and Consumer Protection

DATCP spokeswoman Donna Gilson said the elongate hemlock scale feeds on pine needles and weakens evergreen trees, which puts them at risk for dying from other diseases or pests.

"So, it really poses quite a grave risk to our Christmas tree industry as well as to landscaping trees to our northern forest," said Gilson. "It could be a really nasty situation."

To prevent the pest, DATCP is recommending wreaths and other decorations using live boughs not be thrown in compost piles or left in yards for pickup.

"Burn them in your fireplace or an outdoor fire pit if you have those things," said Gilson. "If you can’t do that, then put them in a trash bag and knot it up at the top, stick it in your garbage can for your trash collection service to take to the landfill. They’re not really going to pose a risk at the landfill."

According to DATCP, the affected wreaths and boughs were manufactured in North Carolina and are being sold at big-box stores around Wisconsin. Though the press release didn’t name which retailers were impacted, Gilson said the pests were found on decorations from Menards, Home Depot, Pick 'n Save, Steins and Kmart.

Brian Kuhn is the director of DATCP’s Plant Industry Bureau. In the agency press release, he noted that Wisconsin’s winters will not kill the bug.

"EHS (elongate hemlock scale) has survived in the northeastern U.S., so winter weather will not kill it. As a result, if you compost this material, the insects may well attack conifers in your yard or neighborhood, and spread from there," Kuhn said.

Elongate hemlock scale is native to Asia and has taken hold in Michigan and states along the East Coast. This is not the first time the bug has been found on products sold in Wisconsin, but Gilson said this was the first time inspectors found them in big-box stores with locations around the state.