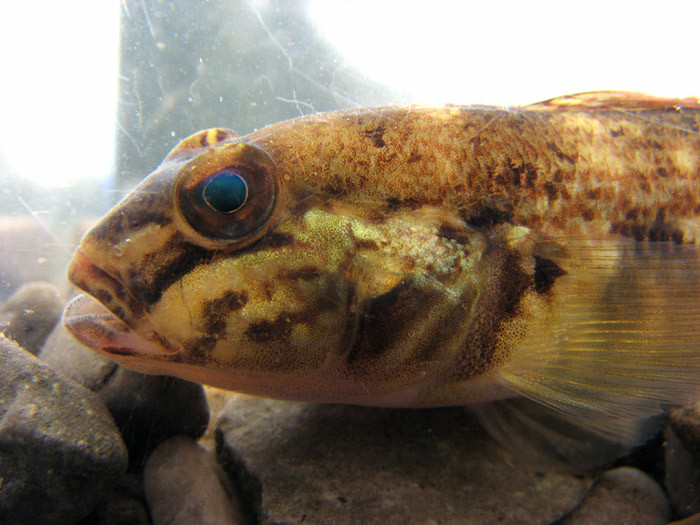 A study says a small invasive fish called the Round Goby is making its way into more rivers that feed into Lake Michigan.

The Round Goby came to the Great Lakes about 20 years ago, in ship ballast water. The little fish - about the size of a hot dog - is now in all five of those lakes and has been making its way into lake tributaries. A four-year study done for the UW Center for Limnology has found the Round Goby in 26 of the 73 rivers flowing into Lake Michgan, or about 170 river miles. Researcher Matt Kornis says in some streams, it's a sizable invasion.

"There's a dam on the Ahnapee River where sampling has gone from one goby to 60."

Kornis says the good news is that for the most part, the study did not find a significant reduction in the rivers' native fish. Gobies have been known elsewhere to eat fish eggs and out-compete native fish for food. Kornis says there were some warning signs, however.

"At the four sites Gobies were most prevalent, other fish species were down 30 percent, on average."

Kornis says that sample size is too small for definitive statements. but he says with hundreds more miles of Lake Michigan tributaries being potential Round Goby habitat, it'd be good for anglers to not use the gobies as bait, and try to slow the spread of the little, but aggressive fish.