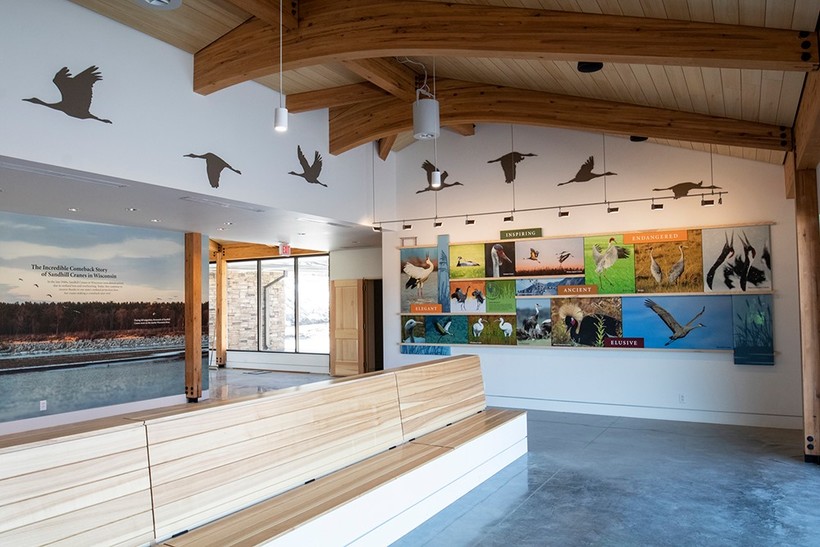 Pictured is the indoor viewing area for the sandhill crane exhibit that includes images and information about all 15 crane species. Photo courtesy of the International Crane Foundation

Originally Scheduled For Late June, Headquarters Might Not Be Open To Public Until Fall
By Elizabeth Dohms-Harter
Share:

The International Crane Foundation's headquarters in Baraboo has already been closed for more than a year for a $10 million renovation of its visitor center and crane exhibits, but the public is going to have to wait a little longer to get to see it in person.

Because of the threat of the spread from COVID-19, the foundation's CEO Richard Beilfuss said the original grand opening date of June 27 will no longer be possible — though he said there's a chance the reopening could be pushed to the fall. The foundation's headquarters is typically open to the public April 15 through Oct. 31, but has been closed because of construction.

"It's hard to believe that we were already self shutdown a whole year before we all became shut down," Beilfuss said. "But we will get back out there, and we want to get people back on our prairies, all around the foundation and out to see these new exhibits." 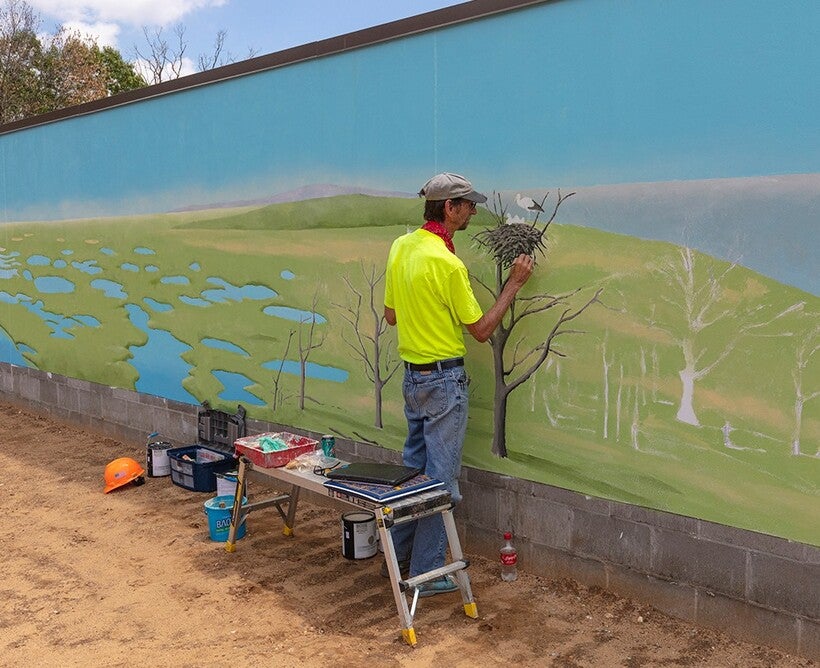 Artist Jay Jocham paints a pair of storks on a nest in one of China's critical wetlands for the mural in the red-crowned crane exhibit. Photo courtesy of the International Crane Foundation

Now, in each of the exhibits containing all 15 of the world's crane species, is a pond surrounded by native plants. A few of the exhibits feature murals that showcase the landscapes and communities of the areas the cranes call home.

"We have 10 new exhibits for the cranes," Beilfuss said. "They're bigger and more open; they all have beautiful wetlands in them. We're really excited to reopen our site and get the public back out there."

Eleven of the 15 species of cranes are listed as either vulnerable, endangered or critically endangered due to habitat loss, hunting and poisonings. The United States is home to the most abundant crane — the sandhill crane — and the whooping crane, which is the rarest. Most endangered cranes live in Africa and Asia. 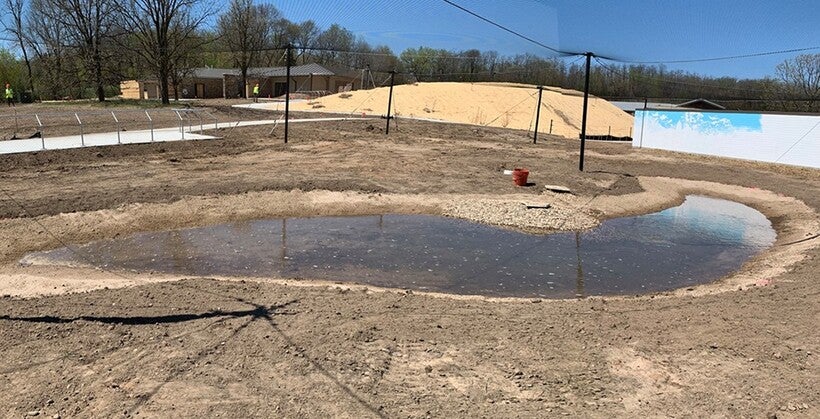 A pond is being filled in a new exhibit for the sarus crane — the world's tallest flying bird. Photo courtesy of the International Crane Foundation

Through the care and upkeep of about 100 cranes at the foundation, Beilfuss said it's one way to expose people familiar with sandhill or whooping cranes to other species from all over the world.

The International Crane Foundation has offices in Beijing, China, where its staff is focused on conservation work. That office had already been shut down for months come January because of the coronavirus. Programs in Africa were shut down, too, Beilfuss said, out of concern for not spreading the virus to especially-poor communities.

In Wisconsin, Beilfuss said it's only been recently that some fieldwork has resumed, which is a result of the state loosening up some restrictions. Some of that work includes monitoring whooping and sandhill cranes that have come back to Wisconsin to breed for the spring.

While waiting for the grand re-opening of the foundation's headquarters, there are plenty of ways to stay updated with information about cranes. The foundation has created outreach materials such as the From the Field webinar series, a blog activity for children called "Quarantine with Cranes" and a Q&A series on Facebook Live.

News From The International Crane Foundation 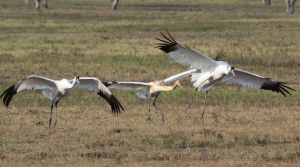 Our guest from the International Crane Foundation talks about the effect of the coronavirus on the national organization. We also look at the status of cranes in Wisconsin, progress on the new facility in Baraboo and upcoming educational opportunities.